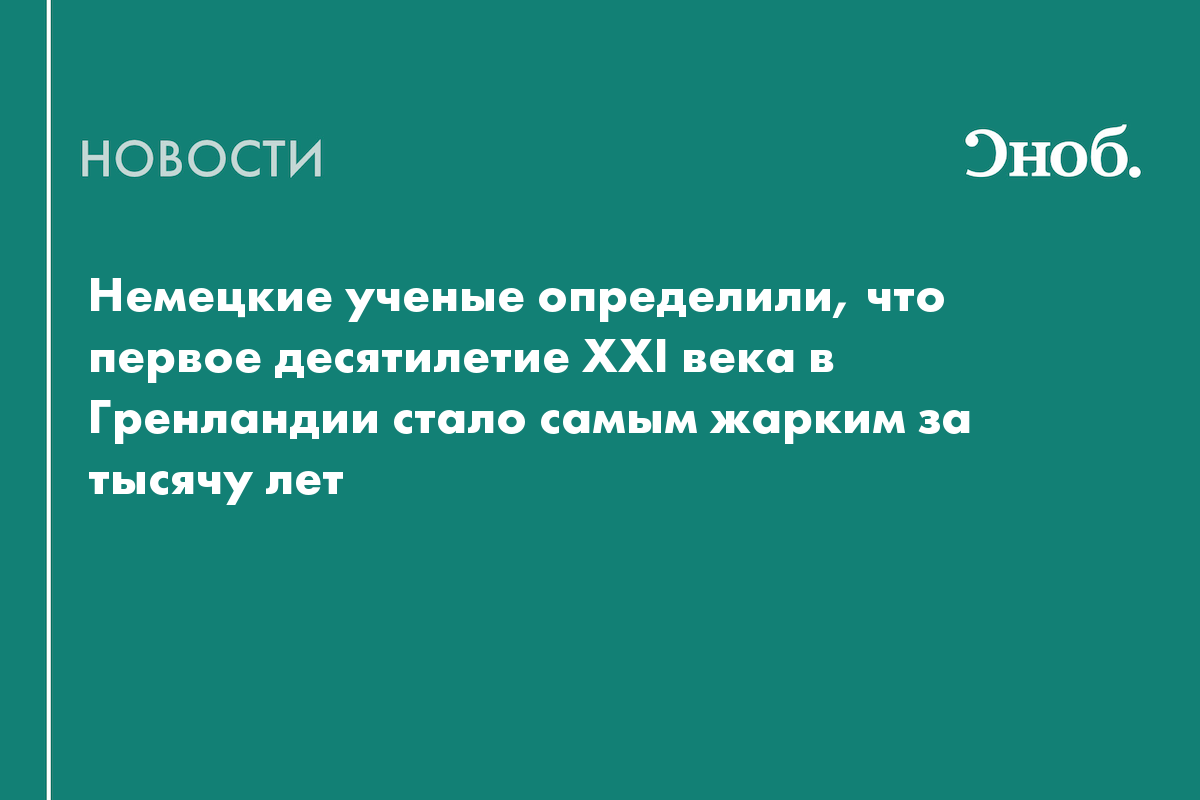 The average temperature in Greenland from 2001 to 2011 was the highest in the last thousand years. This conclusion was made by scientists from the Alfred Wegener Institute for Polar and Marine Research.

To conduct the study, they needed to reconstruct the climate of Greenland for the period from 1100 to 2011. Scientists collected ice cores (ice samples) at 16 points in the central regions of the island and studied their isotopic composition, since the concentration of stable oxygen isotopes changes under the influence of external temperature. In addition, they analyzed satellite data.

According to the results obtained, at the turn of the 20th and 21st centuries, global warming began in Greenland. The average temperature on the island between 2001 and 2011 was 1.5 degrees higher than throughout the entire 20th century.

As temperatures rise, the melting of ice has accelerated dramatically. Scientists noted that if this trend continues, by 2100 the level of the World Ocean may rise by 50 centimeters.