Trade turnover between Japan and Russia grew by 6.2% in 2022 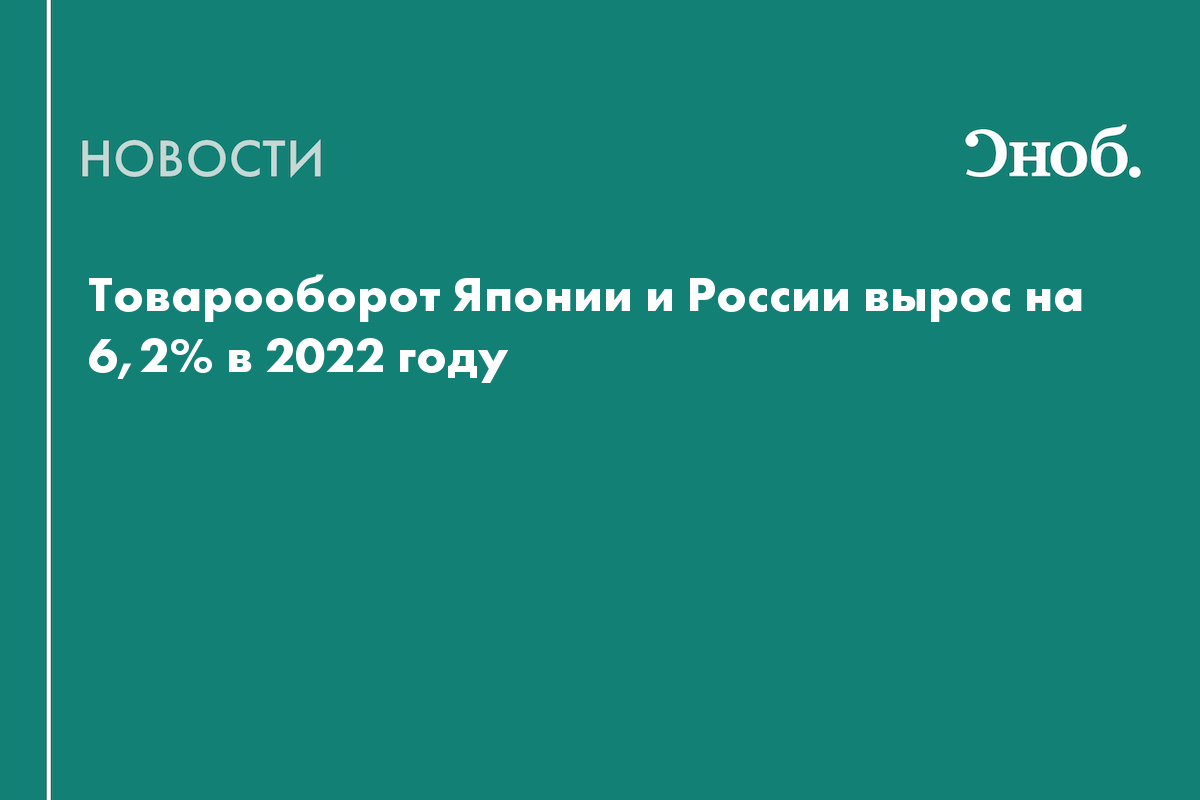 According to the agency, the main reason for the growth in trade between the countries was the increase in world energy prices. Thus, over the year, the volume of imports of goods from Russia grew by 26.2% to $15.2 billion, with more than half of this amount accounted for by energy products.

Japan has imposed new sanctions against Russia. Russian citizens and large organizations fell under them

In particular, the value of imports of Russian liquefied natural gas increased by 82.4%. The price of coal imports from Russia also increased, while the volume of its supplies decreased by 41.3%. The volume of Russian oil imports to Japan also fell by 56.4%.

The export of Japanese goods to Russia decreased by 29.8% to $4.7 billion. Most of this amount is for cars.

Trade turnover between Russia and China:

It became known yesterday that the trade turnover between Russia and China for 11 months of 2022 rose to a record $172.4 billion. Compared to the same period of the previous year, this figure increased by 32%.

For 11 months, China imported goods worth 67.3 billion to Russia – compared to the same period in 2021, an increase of 13.4%. Deliveries from Russia to China reached $105 billion and increased by 47.5%. What countries supplied most often read here.