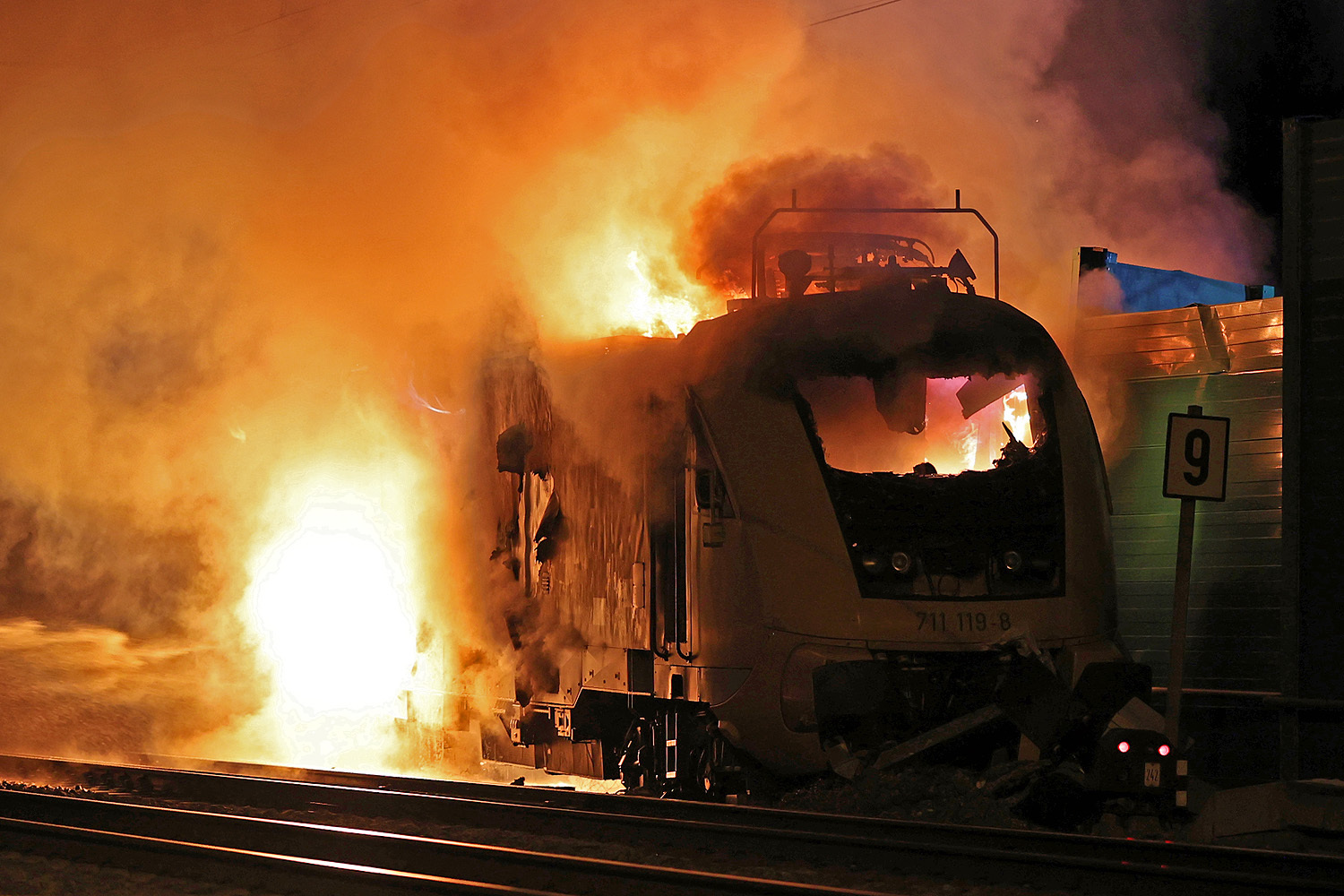 The Bavarian rescuers had a nervous evening – the last train ran away from them again. But the problem was that it was lit up like a Christmas tree – and this is not even a metaphor. Near the village on the Munich – Freilassing direction, a train suddenly caught fire. Everyone was evacuated, the train was left standing and firefighters were called. And then an almost Hollywood action movie began.

As the railway workers later said, no one has yet begun to understand the causes of the fire – first, all passengers and drivers were taken out of the train. They called firefighters and began to calmly wait for their arrival, but the train was not going to stand and went further along the route. How it happened, no one understands. There must have been some sort of blockage.

As a result, both the police and firefighters rushed after the train. They escorted him to the Freilassing depot and put out the fire. No one was hurt, but the impressions are the sea. The commander of the fire brigade, Rochus Hoisleman, admitted that everything looked like in a movie – the train, engulfed in fire, rushes along the rails. “The only thing missing was Bruce Willis, who would jump out from behind,” he joked. The man remembered that about twenty years ago, a burning train had already arrived at this station. An interesting tradition emerges.

In early January, Russia celebrated with a twinkle. There, in Murmansk, the ship “Princess of the Arctic” caught fire. The incident began in the hold, and the fire spread over three square meters. Team members managed to evacuate and no one was hurt.