Millions of people experience “visual snow” in their eyes. What is it and how dangerous is it? 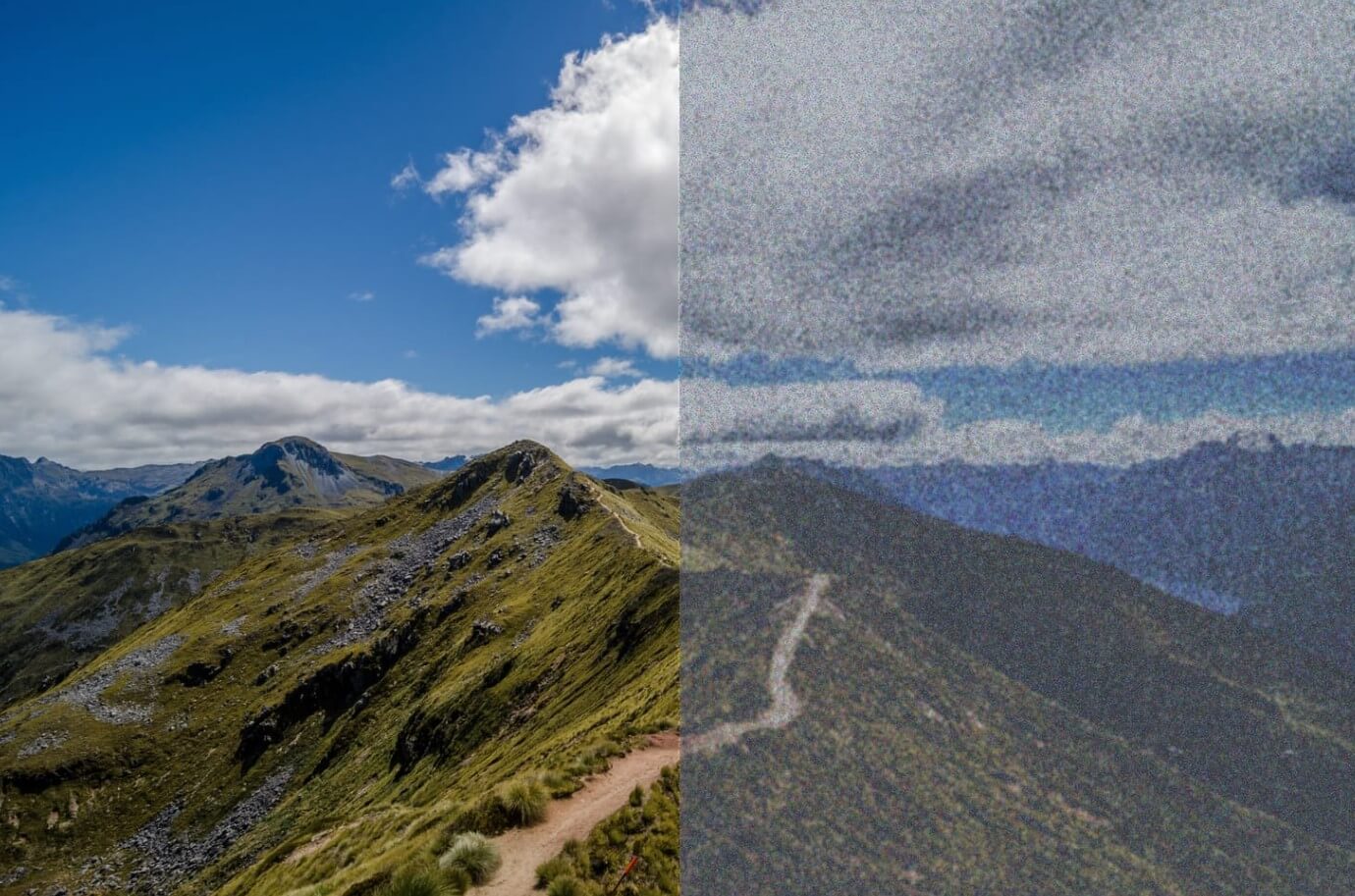 Some people have interference in front of their eyes, and scientists still cannot fully understand this phenomenon.

Many people have vision problems – according to statistics, about 2.2 billion people suffer from eye problems. Some people cannot see well from afar, others cannot read books and look at a smartphone from close range. In most cases, these problems can be solved by going to the ophthalmologist and buying glasses or lenses. However, there are people who suffer from “visual snow”. This is the name of a visual hallucination in the form of many dots in front of the eyes – a person seems to see the world through the interference of the TV. This veil of dots does not leave people alone for a minute and accompanies them 24 hours a day, 7 days a week. At the same time, scientists still find it difficult to answer what causes visual snow and how to treat it. But work in this area is underway, and science already knows the curious details about this phenomenon.

Symptoms of visual snow in the eyes

People encounter this problem unexpectedly, when nothing bad is expected. Sierra Domb, founder of the nonprofit Visual Snow Initiative, says she started suffering from visual snow in front of her eyes in 2015. One day she was driving to the university and her eyes suddenly went dark, after which she no longer saw the world as before – it was as if she was looking at everything through the interference of the TV. 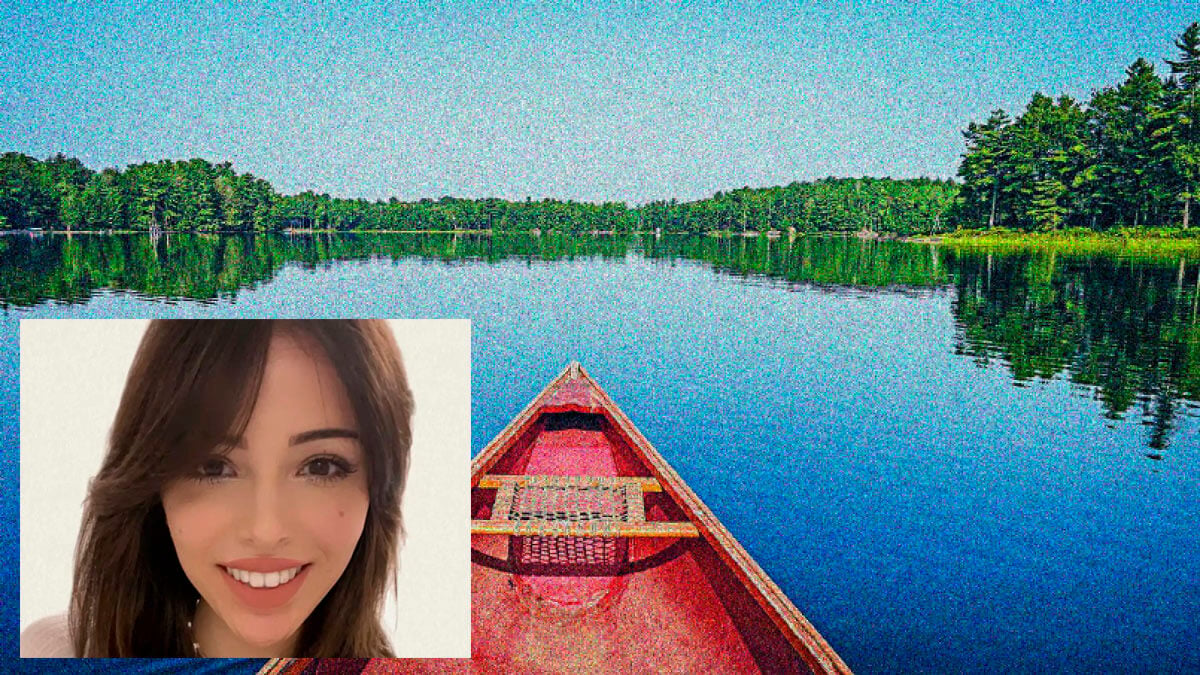 Noise in front of the eyes is the most important symptom of visual snow. In the field of view of a person, there are many small moving points that are visible even with closed eyes. These points are always located at some distance and cannot stick together into something more.

In addition to the noise in front of the eyes, people often suffer from tinnitus and migraine – a severe headache, which we talked about in this material. Also, people note photophobia and palinopsia, when traces of objects remain in front of the eyes in the form of bright spots.

The intensity of visual snow in the eyes of everyone is different. For some people, it does not interfere much and they can go about their daily activities without any problems. Other people, because of the noise in their eyes, experience great vision problems, which makes their life difficult.

Causes of visual snow before the eyes

When people first see a noise before their eyes, they turn to an ophthalmologist – an eye doctor. This is the right decision, because for any problems with vision, you need to contact a specialist. However, ophthalmologists often say that everything is in order with a person’s eyes – with visual snow, the structure of the eye does not change in any way. 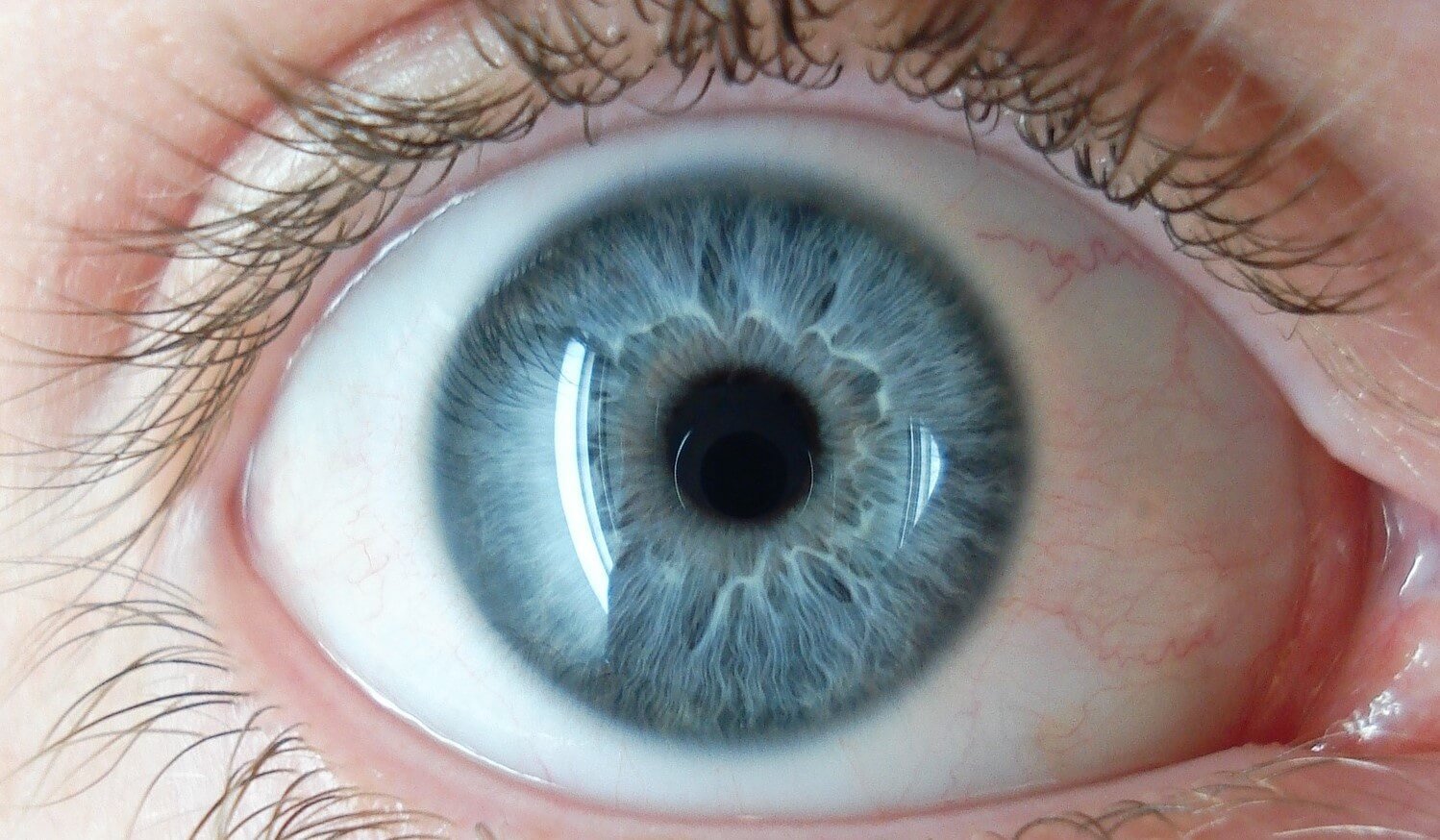 With visual snow, no changes occur in the eyes of a person

Scientists are sure that the problem is not in the eyes at all. To a greater extent, visual snow is a neurological disorder associated with brain malfunction. Studies show that people with hyperexcitability of neurons in the cerebral cortex most often suffer from it. In particular, they have increased activity in the right lingual gyrus and left anterior cerebellum. 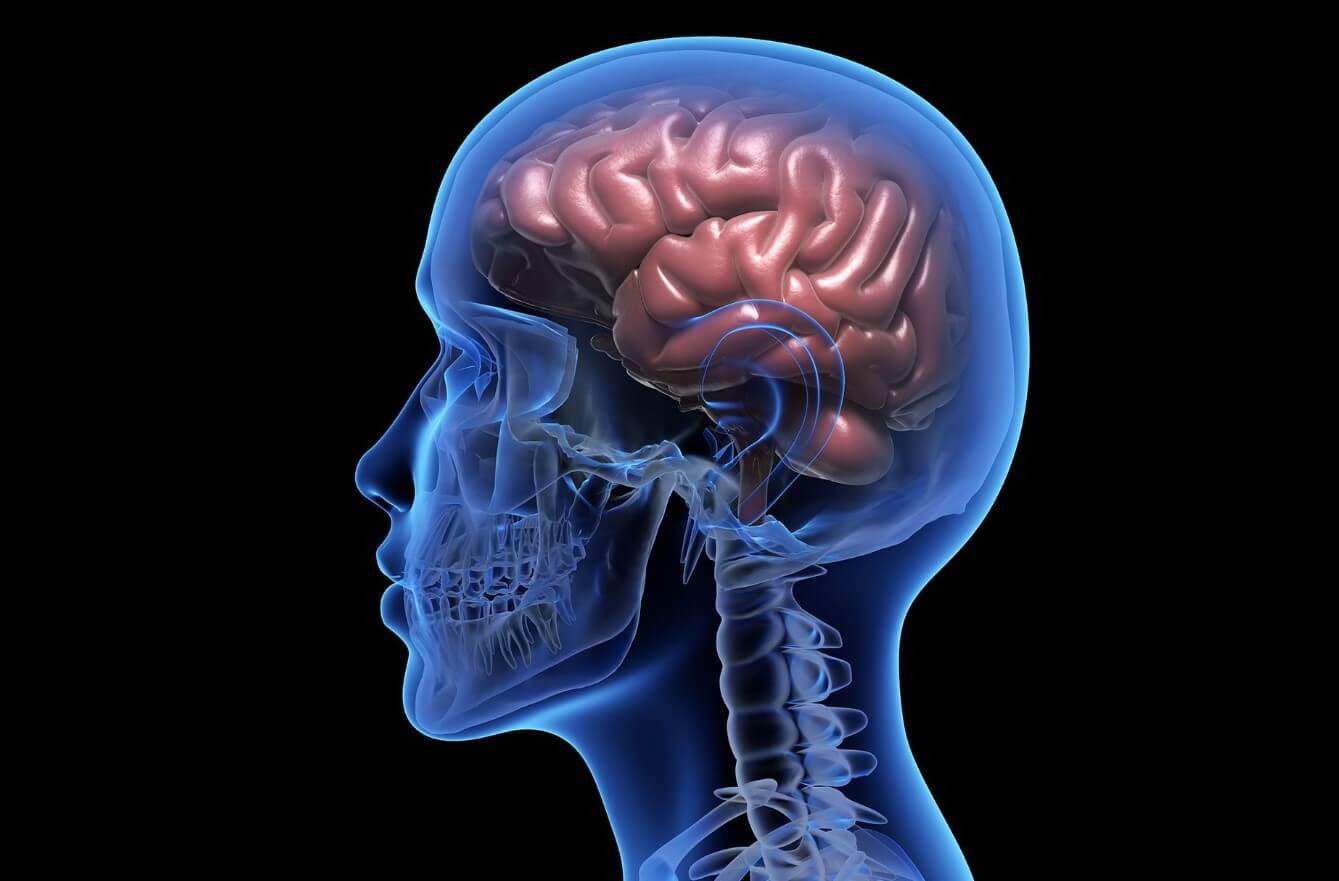 Also, scientists have reason to believe that people who often have migraines with aura suffer most often from visual snow in the eyes. This is a headache in which part of the person’s vision is blocked by a flickering, zigzag line in front of the eyes. Also, the occurrence of vision problems is associated with stress and the use of hallucinogens.

Statistics of visual snow in the eyes

It is believed that 2-3% of the world’s population suffers from noise in front of their eyes. Such a proportion may seem scanty, but, in fact, we are talking about millions of people around the world. This problem affects people of any gender and all ages. In some cases, ophthalmologists cannot give them an accurate diagnosis and they are unaware of what is happening to them. To fix this problem, the Visual Snow Initiative mentioned above was created – it is engaged in raising people’s awareness.

Video about visual snow from the Visual Snow Initiative

How to treat visual snow in the eyes

At the moment, there is no universal and effective way to treat noise before the eyes. Scientists are trying different options – some people experience relief after them, while others do not help.

Most often, neurooptometric visual rehabilitation therapy helps people. Also, people with visual snow in their eyes are prescribed medications for epilepsy, depression and other disorders. People have also been seen to get better when wearing tinted FL-41 glasses, which usually help people with frequent migraines. 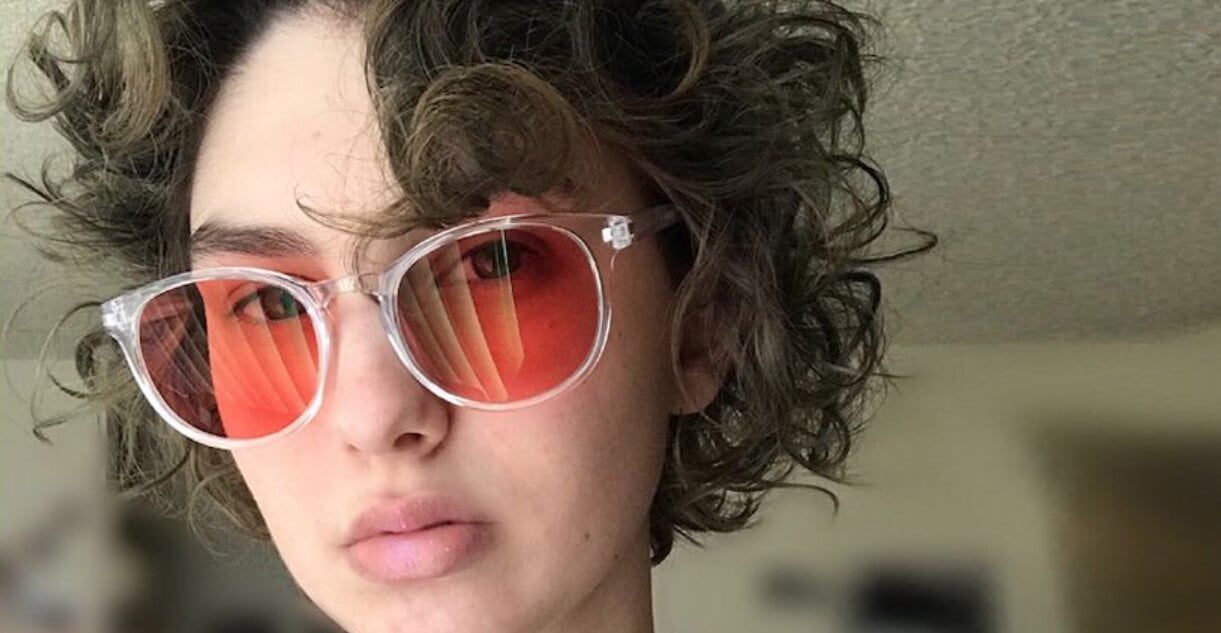 Finally, it is worth noting that scientists have recently found out how hearing can affect a person’s vision. Here are the details.