How scientists uncovered the secret of one of the most mysterious phenomena of the oceans.

Scientists have uncovered the secret of one of the most mysterious phenomena of the oceans. We are talking about 28 perfectly shaped circles that appeared at the bottom of the Adriatic Sea off the coast of Croatia.

The diameter of each circle is about 50 meters, they are all located at an equal distance from each other and from the shore. Danish scientists managed to explain this phenomenon, and the solution impressed the scientific community.

What are these circles? Are they dangerous? And what phenomenon, which occasionally occurs in the ocean, did sailors call the devil’s carousel? REN TV talks about this and much more.

How the mysterious circles were noticed and what is their peculiarity

The published footage shows the Croatian island of Dugi Otok. Not far from the coast, under the water of the Adriatic Sea, perfectly even rings of the same diameter are hidden.

Unusual circles were discovered by accident by local ecologists. Having examined the find closer, the scientists were amazed.

“Nothing grew on the very area of ​​the circle. That is, there was just sand, silt at the bottom – such bald spots, bald spots right on the seabed. This is really, so to speak, a mysterious phenomenon,” geographer Alexander Vorzhev shared.

The mysterious underwater rings have intrigued researchers. A number of scientists immediately put forward a version of the artificial origin of circles. Allegedly, such traces on the seabed could appear due to poachers who were fishing with dynamite. 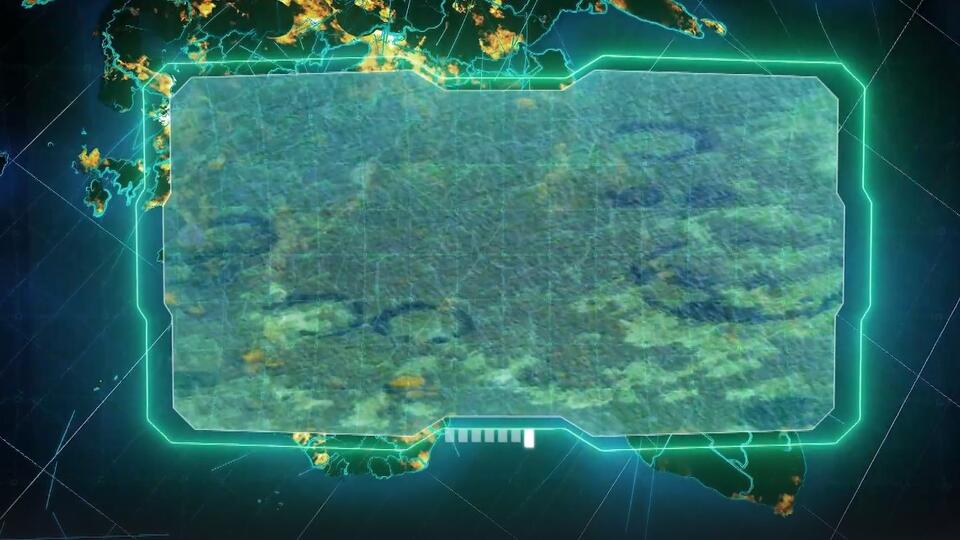 “This sea, it is very well suited for navigation, for catching fish, but still, with poaching, the version is not very plausible. Because there are not so, so to speak, rare fish, so valuable and in such quantities to catch such, so to speak , inhumane ways. And moreover, costly, “said the geographer Vorzhev.

There were other versions. Some scientists argued that underwater rings arose as a result of oil exploration. Others associated the appearance of the circles with some secret military experiments. But none of these hypotheses were confirmed. So where did the perfectly even circles come from at the bottom of the Adriatic Sea?

Similar mysterious rings were discovered off the coast of one of the Japanese islands in 1995. Studying the seabed, divers saw a perfectly even circle with a diameter of about two meters. In the center lay clean and soft sand. And neat furrows diverged in all directions from the figure. Over the next few years, such rings came across to other scuba divers at a depth of ten to thirty meters. For a long time, the origin of underwater circles in the Sea of ​​Japan remained a mystery. 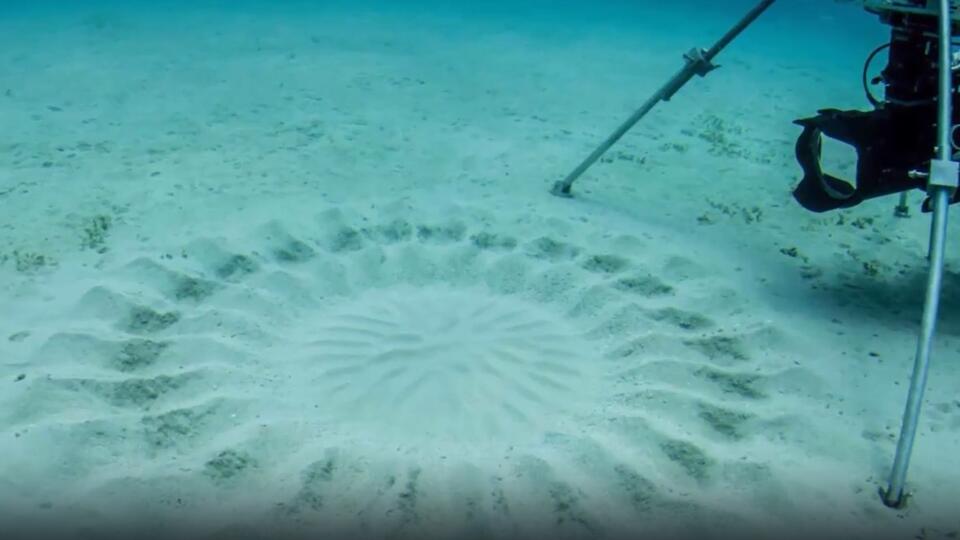 In 2011, divers managed to catch the author of the mysterious figures. It turned out to be a small fish from the pufferfish family.

“She, or rather he, would even be more correct to say, because it is the males who draw these circles, thereby they pass these grooves with their fins, clear them, so they attract females in the mating season. Accordingly, the females swim, see if they like it, so to speak, this design, they lay their eggs in the center of this whole circle,” geographer Vorzhev said.

But such fish are not found off the coast of the Croatian island of Dugi Otok. Therefore, according to scientists, the circles in the Adriatic Sea have a completely different origin.

The mysterious underwater rings, seen off the coast of Croatia, have interested many scientists from different countries. Trying to find a clue, the researchers came across an article about similar tracks located near the Danish island of Mon. Unusual circles with a diameter of about 15 meters were accidentally discovered by tourists in 2008. Then the news about the mysterious underwater figures appeared on the pages of many European publications. 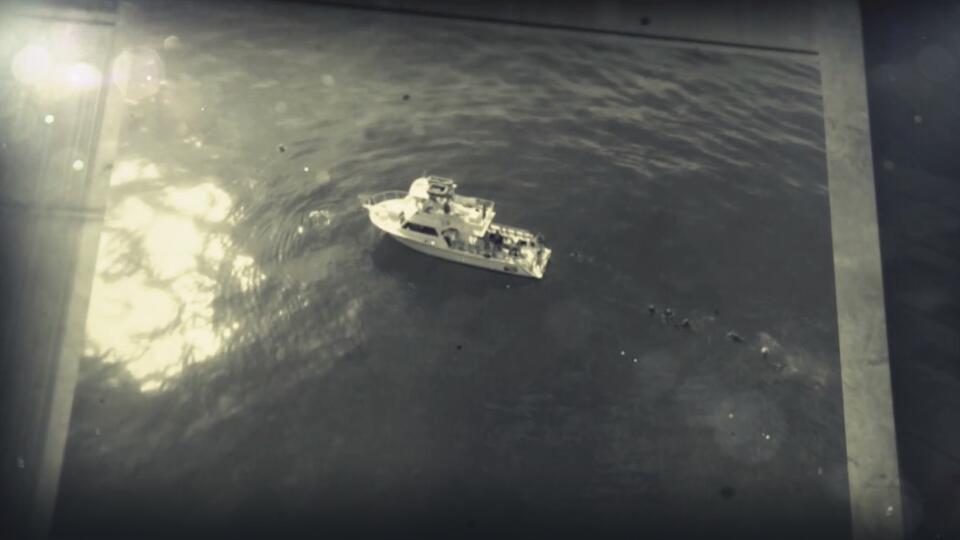 “Not only scientists, but also journalists, became interested in the existence of these mysterious structures. They offered many explanations: from landing sites, alien ships to some ancient buildings or funnels from bombs that once exploded,” said Elena Yembaturova, candidate of biological sciences.

But all these versions did not withstand the scrutiny of scientists. The secret of the occurrence of circles under water was discovered only in 2014. Danish biologists carefully studied the traces found on the seabed and came to a sensational conclusion. It turned out that perfectly even rings appeared thanks to … eelgrass. It is a perennial herb that grows in shallow water.

“This seagrass has dense rhizomes and strong roots that help them anchor in the muddy substrate. Sulphides accumulate in this mud. The sulphides are toxic enough to kill young plants or already aging plants, that is, weak ones, which are in the very center of this circle. And strong, healthy, mature plants do not suffer from these sulfides, so they continue to grow, forming circles and fixing silt,” said biologist Embaturova. 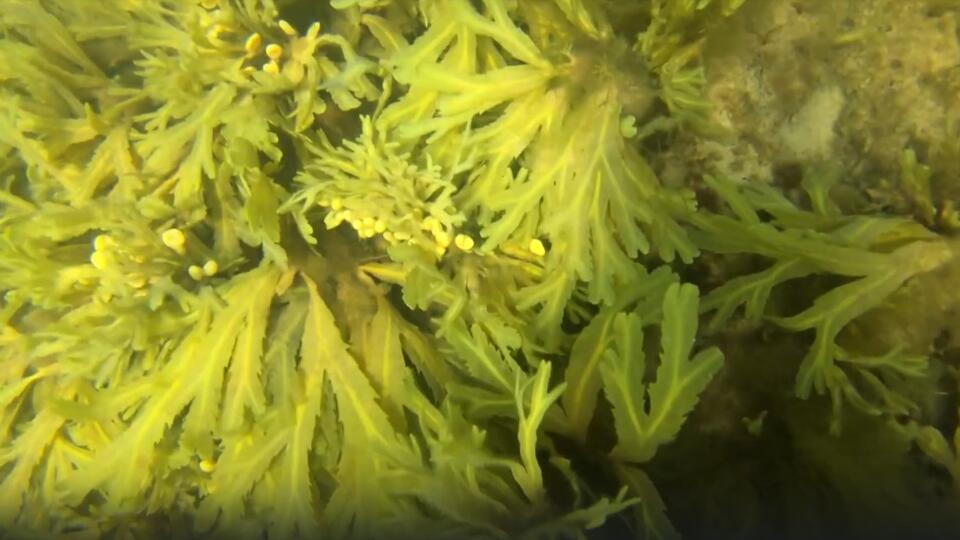 Similarly, the circles found off the coast of Croatia arose. Only there, another type of eelgrass was involved in the creation of the rings – the so-called oceanic posidonia. According to biologists, for plants, such circles serve as a kind of defensive structure.

But underwater circles are not the most amazing thing to see in the ocean. For several decades, scientists have been trying to find an explanation for the mysterious phenomenon that sailors have nicknamed the “devil’s carousel.” 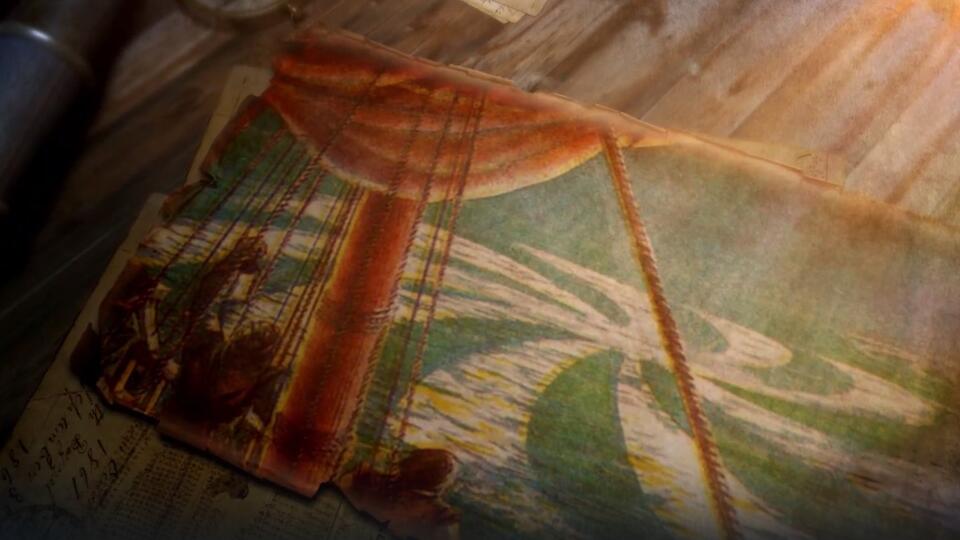 “Even English sailors discovered huge wheels on the water, with such luminous spokes, rays that stretched at first in a fairly straight line to the center, and then curved. That is, the wheel began to move, turn, one – clockwise, the other – counterclockwise. And as a result, a ball formed in the center, which rose from the surface of the water. So, let’s say, flew around for several circles and then returned back to the water, “said the geographer Vorzhev.

This unusual phenomenon was observed by hundreds of people in different parts of the oceans. In 1978, Soviet sailors spotted glowing underwater circles in Guayaquil Bay off the coast of South America. And a little later, in 1984, sailors encountered the “devil’s carousel” in the Adriatic Sea. According to eyewitnesses, huge underwater wheels rotated at lightning speed and disappeared within a few minutes.

“Many thought that this was due to luminous plankton living near the surface of the water, but water samples taken after all this visual effect did not provide any data on the presence of such microorganisms,” geographer Vorzhev shared.

Scientists do not leave attempts to find a reasonable explanation for the mysterious phenomenon. Oceanologists believe that the luminous circles appear due to special eddies that form in the water column. Seismologists attribute the unusual glow to the displacement of rocks. But none of the hypotheses explains how even rays appear and why they turn into balls that swell sharply at the surface of the water. While the phenomenon of the “devil’s carousel” remains a mystery…