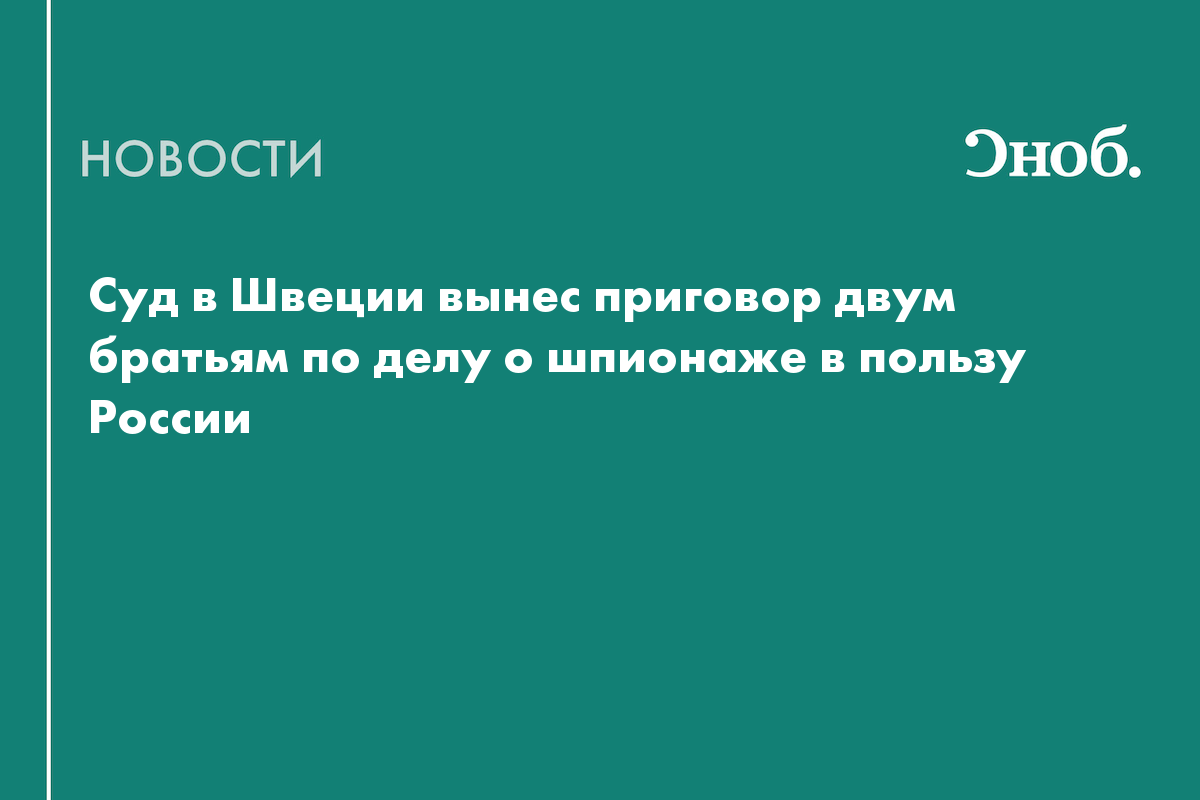 It is called the most serious espionage scandal in the history of modern Sweden.

The Stockholm District Court found two Swedish citizens guilty of spying for Russia. It is called the most serious espionage scandal in the history of modern Sweden, writes The Local.

According to investigators, the brothers Peiman and Payam Kia have been passing information to the Russian intelligence services that poses a threat to Sweden’s national security for ten years.

The press release of the court indicated that 42-year-old Peyman Kia, who previously worked in the State Security Service and the Swedish Armed Forces, used his official position and received secret data. Payam Kia, 35, passed this data on to Russian intelligence and received money for it.

The trial went on for over a year. Peyman Kia was sentenced to life imprisonment and Payam Kia to nine years and 10 months in prison. The brothers pleaded not guilty, their lawyers intend to appeal the verdict.

The Kia brothers were detained in the fall of 2021. They seized equipment, several data carriers, as well as cash and gold, which, according to Aftonbladet, they received for their espionage activities.

In Germany, a security officer was suspected of spying for Russia

At the end of December 2022, the head of the Federal Intelligence and Counterintelligence Service of Germany, Bruno Kahl, announced the exposure of a Russian spy in the ranks of the intelligence service. According to the prosecutor’s office, Carsten L. handed over to Russian intelligence information containing state secrets.