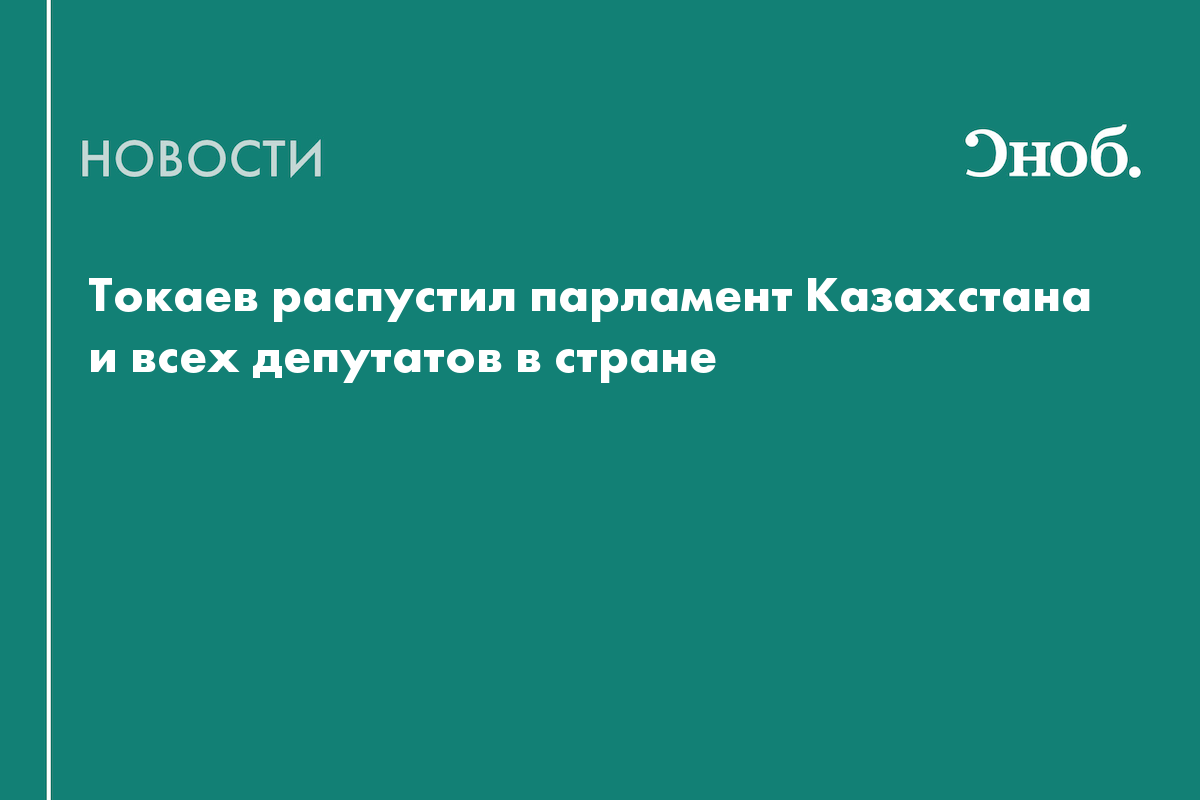 Early elections of the new composition of the lower house were appointed by the President of Kazakhstan on March 19. Now 70% of the deputies of the lower house of parliament will be elected on party lists, and 30% – in single-member districts. “In the ratio of 50 to 50, elections to maslikhats of regions and cities of republican significance will also be held. And in the elections to maslikhats of districts and cities of regional significance, citizens will vote only for candidates in single-member districts,» the statement says. At the same time, the press service noted that the date of the elections of deputies of local councils will be determined by the CEC of the country.

CEC announced Tokayev’s victory in the presidential elections in Kazakhstan

Elections for the lower house of parliament were to be held in 2025. Tokayev suggested holding early elections after a referendum on constitutional amendments, in September 2022.

On January 14, 2023, elections to the upper house of the Parliament of Kazakhstan were already held, as a result of which the composition of the deputies of the Senate was updated by 80%. Extraordinary procedures are carried out as part of the reform of the electoral system. “Based on the results of [конституционной реформы] our country has switched to new, more fair and competitive rules for the formation of a representative branch of power,” Tokayev said.