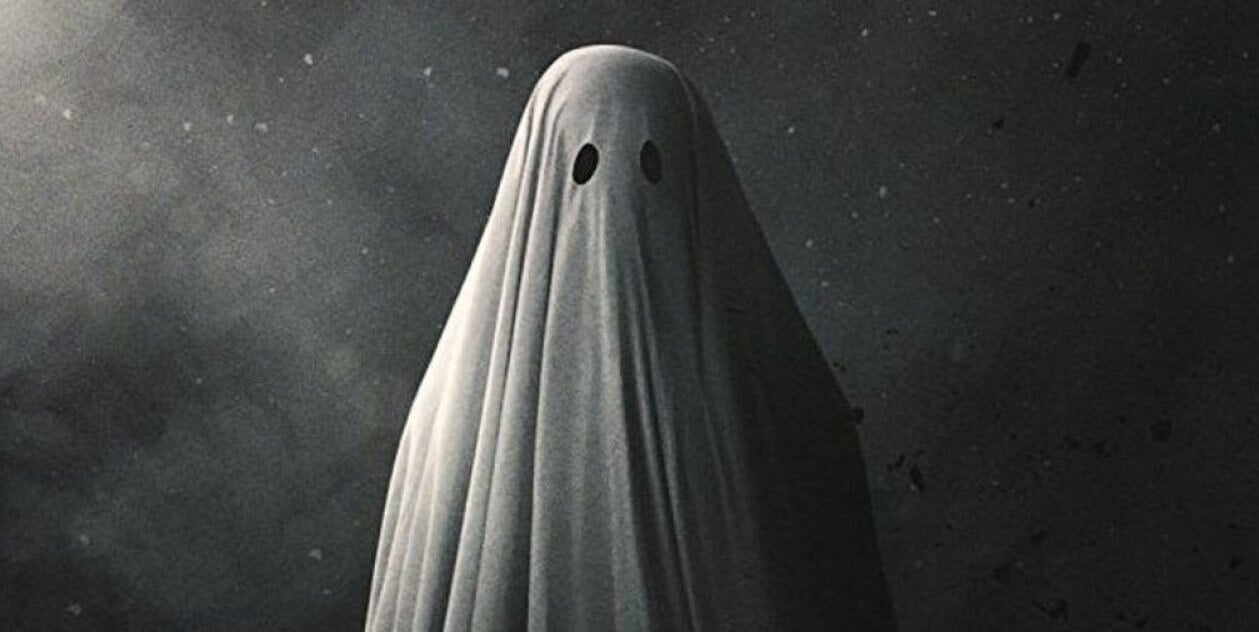 Some people claim that they have seen ghosts – why do such meetings occur mainly at night?

Many people are afraid to sleep in the dark – they think that they will see a ghost or witness another paranormal phenomenon. At the same time, they are not afraid of anything during the day, because thoughts about the possibility of the existence of the other world for non-obvious reasons visit people at night. Recently, scientists conducted a survey among more than 8,000 people and found that people who most often believe in ghosts are people who have problems sleeping – for example, suffer from insomnia or sometimes experience frightening sleep paralysis. Most likely, every person has experienced fear while falling asleep, especially after watching a horror movie. Therefore, you may be interested in the answer to the question: why do people see “ghosts” at night and not during the day? Let’s take a look at this briefly.

Belief in the other world – who has it stronger

To begin with, it is worth understanding which people are most likely to believe in ghosts, vampires, devils, and various mystical phenomena. There are many options: horror fans, people with psychological trauma, opponents of science, and so on can believe in them. Also, not enough sound sleep can affect belief in the supernatural, as was recently proven by scientists who studied the results of their survey. 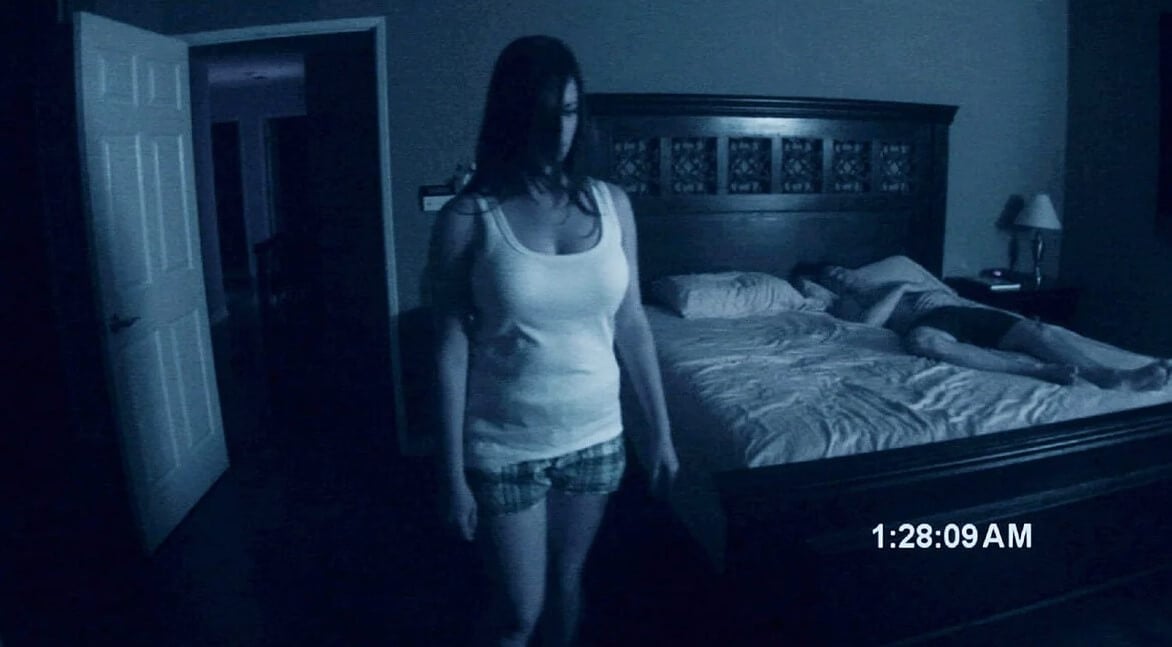 Shot from the film “Paranormal Activity”

As part of the scientific work, scientists conducted a survey among 8,853 people about their quality of sleep and the level of belief in the paranormal. The survey showed that people who sleep less than 6 hours a day believe in mysticism more than others. Some respondents noted that they sometimes experience sleep paralysis or exploding head syndrome – they were especially inclined to believe in aliens. They noted that their experiences prove that the soul continues to live even after death, so stories about ghosts can be real.

The fact that people who experience problems with sleep believe more in demons and other mystical entities is readily believed – there is evidence of this in history. So, the inhabitants of Egypt have long been convinced that sleep paralysis occurs in people because of the tricks of the jinn. In Japanese culture, the inability of a person to move after waking up is called “kanashibari” and is explained by the fact that at night a huge demon sneaks into people’s houses and presses on the chest. In Italy, sleep paralysis is associated with the activity of the cat witch Pandafece. 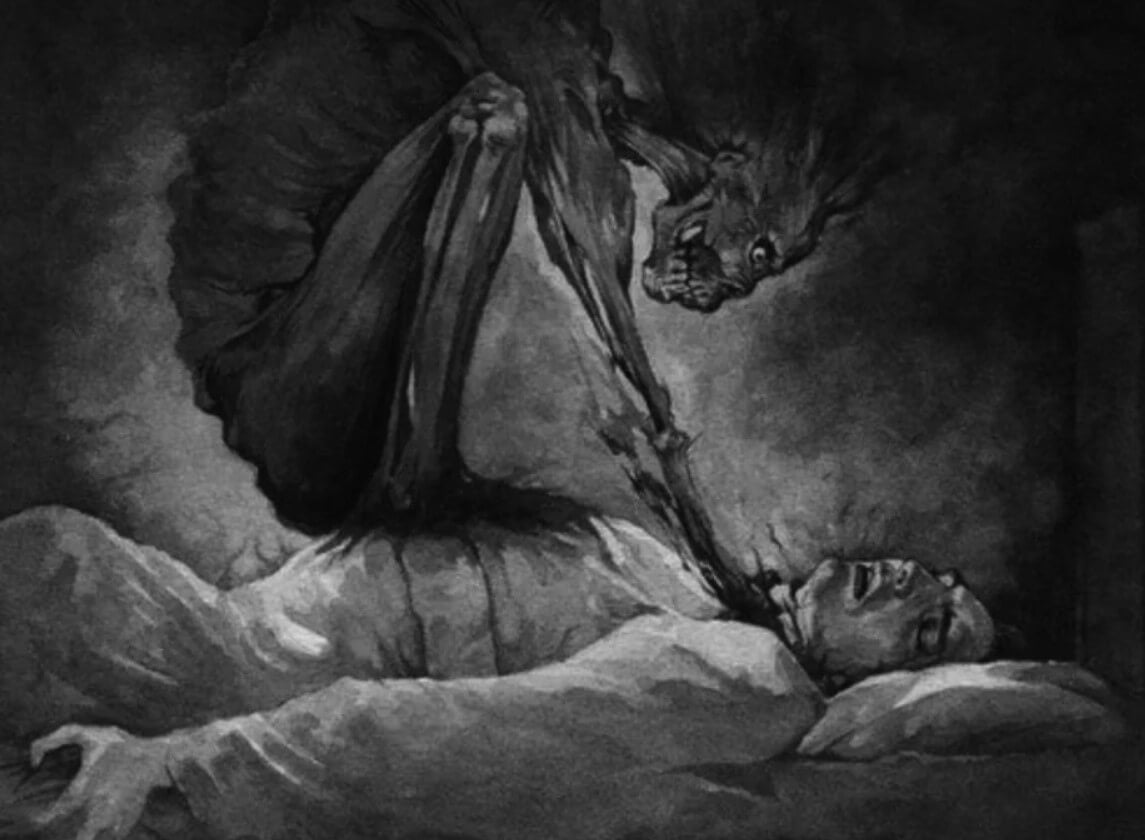 When a person experiences sleep paralysis, he often imagines that some kind of demon is standing next to him. At this point, some people may actually believe that ghosts and other paranormal entities are real.

Why do people see ghosts

So, after watching a horror movie or as a result of insomnia or sleep paralysis, people can actually believe in ghosts and even see them. In fact, they do not exist, and there is a scientific explanation for any meeting with a ghost.

In most cases, people think that they have seen ghosts in ancient buildings. Scientists believe that the cause of such hallucinations is mold and fungi, which release mycotoxins – they are definitely found in buildings that have not been cleaned for many years. 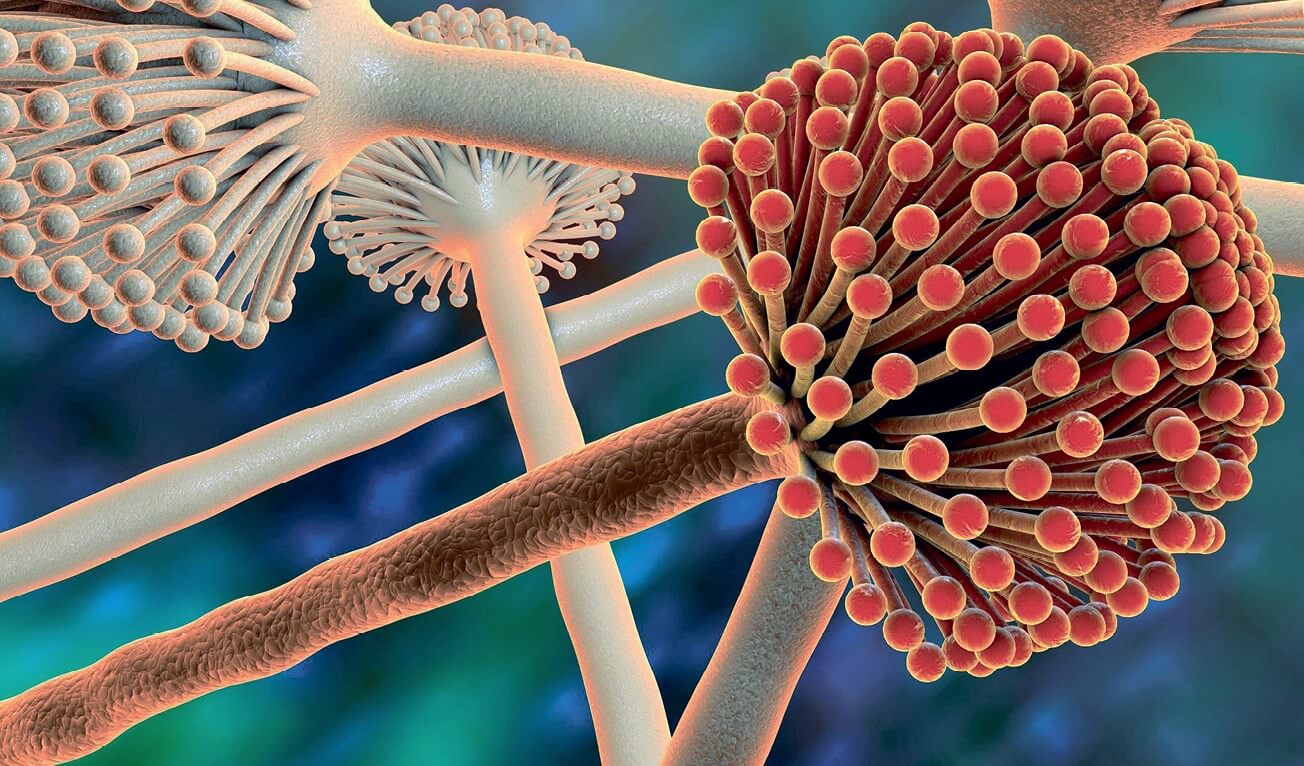 Another reason people see ghosts is pareidolia. This is the name of the property of human vision to see the outlines of certain objects where they are not. For example, when a person is in the dark and sees something that looks like a silhouette of a person, it is most likely just a pile of clothes on a chair. We talked more about this phenomenon in the material about why people see human faces in ordinary objects. 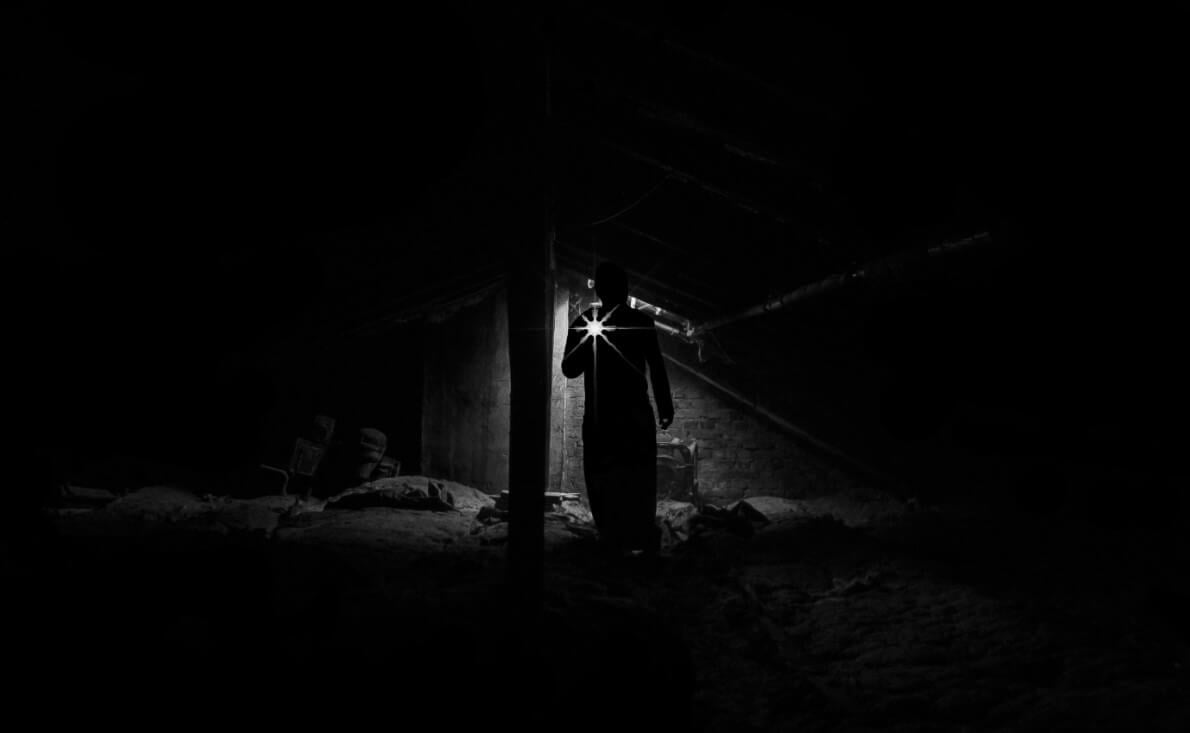 In the dark, people can see anything

Scientists are also aware of the existence of the “stranger in the mirror” effect. After head injuries, some people no longer recognize themselves in the mirror – sometimes they see dead acquaintances and silhouettes of other people. But sometimes this can happen to healthy men and women. If a person looks in a mirror for a long time in dim light, objects that cause fear and anxiety also begin to appear to him.

Why are people scared at night

Based on everything written above, we can conclude that people begin to be afraid of ghosts and other paranormal phenomena due to a number of reasons, and everything is very individual.

In one case, people face sleep problems like sleep paralysis and are afraid to face the “demon” standing next to the bed. Unfortunately, today science still cannot explain why different silhouettes are seen in sleep paralysis. 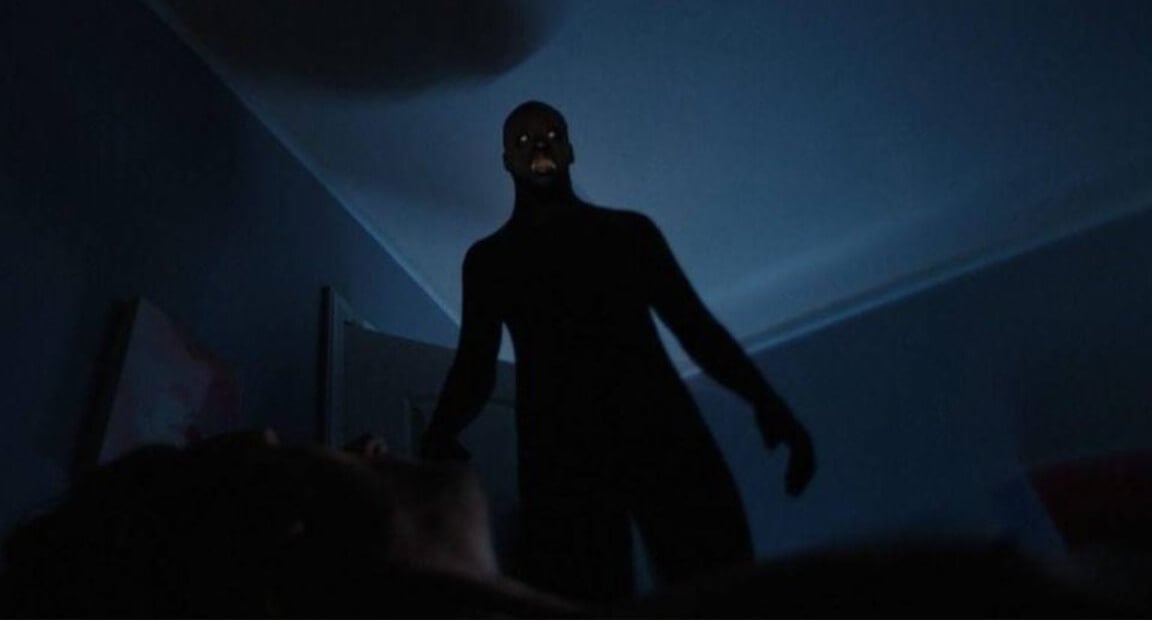 Some people are afraid of the dark because they get pareidolia. At night, any shadow or rustle in the corner of the room is perceived as something dangerous – a person is in the dark and represents the worst. This is a feature of the human psyche, which was passed on to us from distant ancestors, who at any moment could become a victim of a predator.

How are you doing with all this? Have you ever encountered something paranormal? How can you explain it? If you have something to say – welcome to the comments.