A selection of scientific photographs that will surprise everyone

Perhaps you will see some of the photos from this collection for the first time.

What will you choose: to read a huge canvas of text about some scientific phenomenon, or to look at its photograph? Of course, much more information is conveyed through articles, but first of all, people would prefer to look at bright pictures. Scientists are well aware of this and generously share with the public photographs that were taken in the course of scientific research. And we regularly publish collections for you with the most curious pictures – for example, we have an article about little-known animals like the brown pacu, the purple frog and the Dumbo octopus, just look at these creatures! In this article, we will not limit ourselves to photographs of animals, and will show pictures taken by scientists from various fields of science, from biology to astronomy.

In April 2017, a total solar eclipse could be observed exclusively in the United States. This event has been called the “Great American Eclipse” because it was the first since the formation of the United States in 1776. 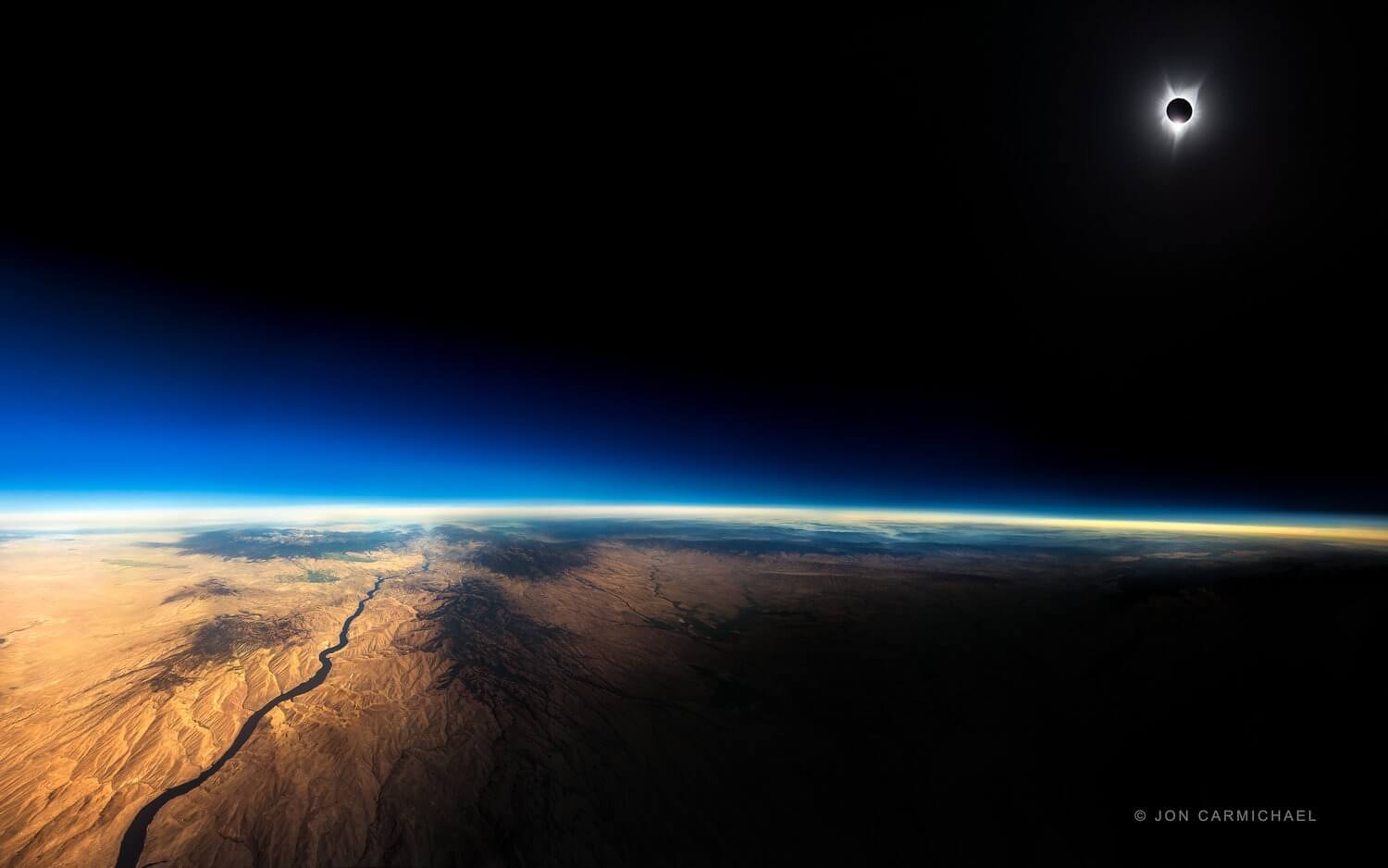 Solar eclipse 2017 from a plane

Only the lazy did not try to capture an astronomical phenomenon – perhaps every American wanted to take a photo of a solar eclipse. But all the pictures taken pale in comparison to the photo taken from a Southwest Airlines plane. The aircraft was at an altitude of more than 11 kilometers above the ground, and photographer Jon Carmichael (Jon Carmichael) caught a stunning shot.

First photo of the far side of the moon

In 1959, Soviet scientists did the incredible – they were able to photograph the far side of the moon, which no one had ever seen before. The picture was taken with the help of the Luna-3 interplanetary station. The Soviet scientist Mstislav Keldysh was dissatisfied with the resulting photograph, but it still emphasized the superiority of the USSR in the space race. After taking the picture, the irregularities on the surface of the Moon got names: the Tsiolkovsky crater, the Giordano Bruno crater, the lunar Sea of ​​Moscow, and so on. 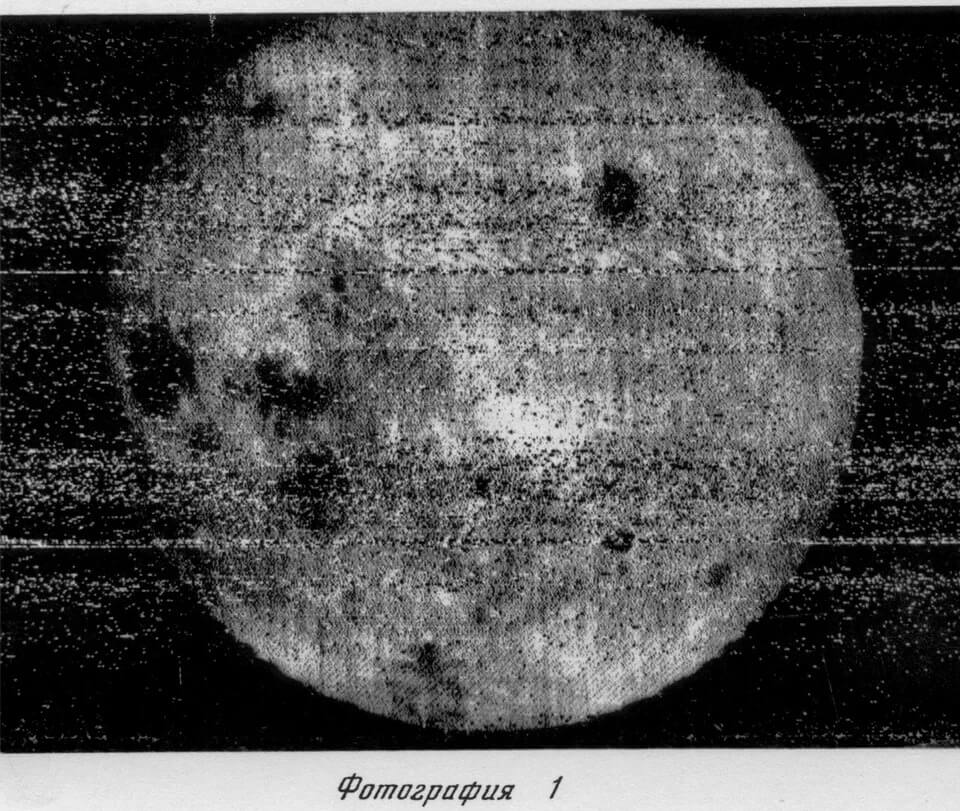 Far side of the Moon in a 1959 photograph

Mountain goat on a rock

In science, the fear of heights is called acrophobia. Mountain goats clearly do not have such fear, because they can even move along vertical slopes. The photo below shows how a bighorn goat (Oreamnos americanus) contemplates his next move on the sheer wall of the Grand Canyon of the Stikine River in Canada. It is believed that mountain goats do not fall off the rocks due to narrow, hard and wide spreading hooves. They can cover stones with them and thus be kept even on the steepest slopes. 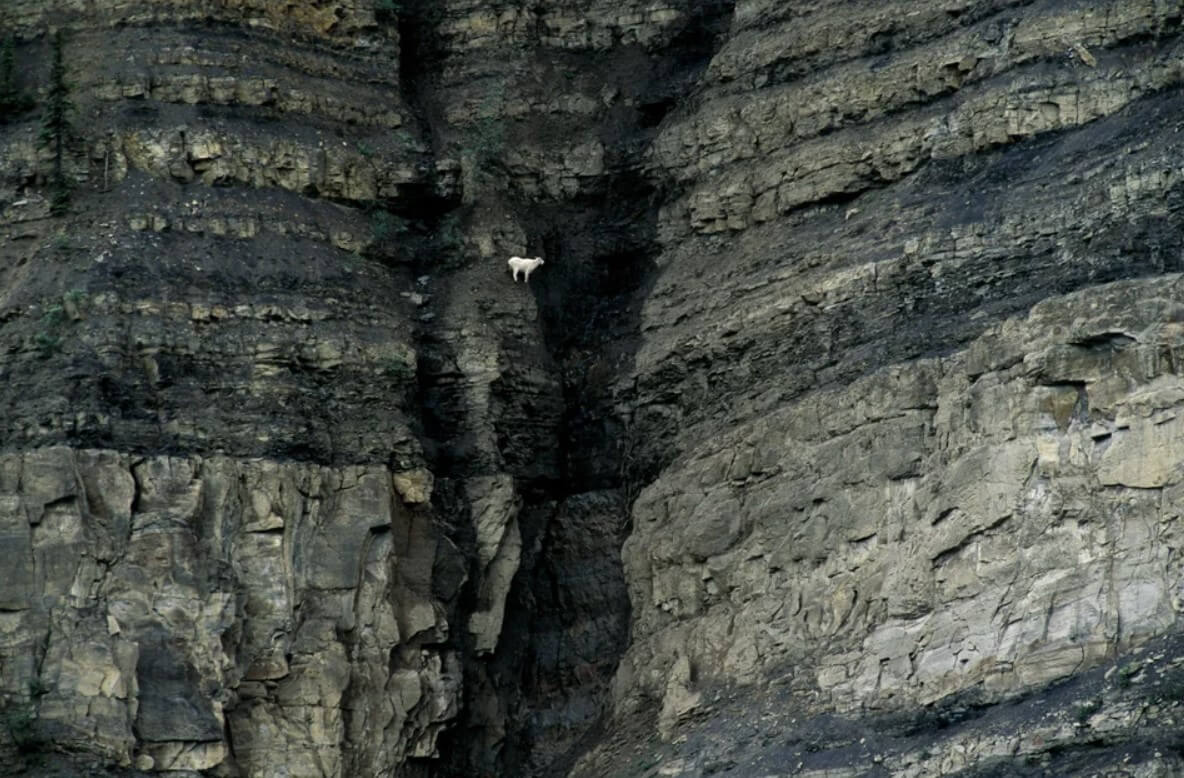 Mountain goat on a steep slope

Wolf footprints in the snow

The following photo was taken in Denali National Park, Alaska, USA. At first, you might think that these huge footprints were left by a bear, but no, they are the footprints of a wolf. Apparently, while walking, the wolf squeezed the ground with its paws, and the wind blew away the snow surrounding it. Because of this, the tracks became raised. 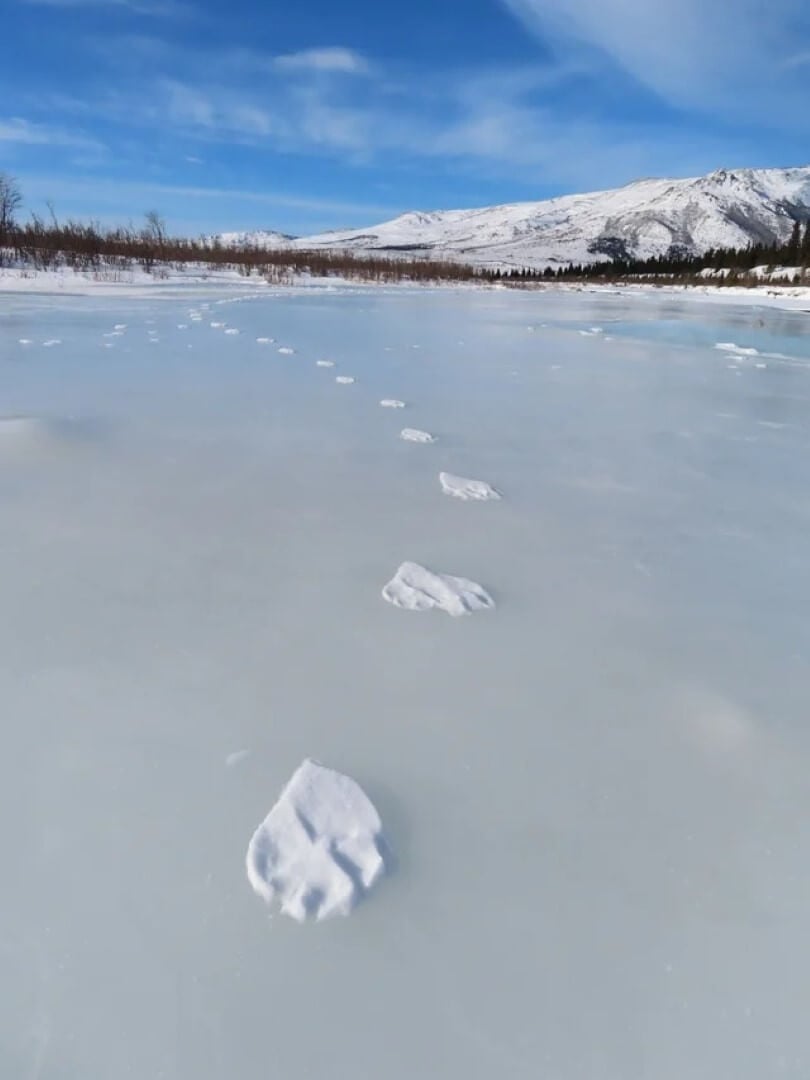 Effects of drought in California

The photo on the left was taken in January 2019 and the one on the right was taken in September 2021. They clearly show how the drought has affected the San Luis reservoir, which is located between the California cities of Gilroy and Los Banos. If you want to learn more about how humanity is destroying the Earth, read the article with 50 disturbing environmental photos. 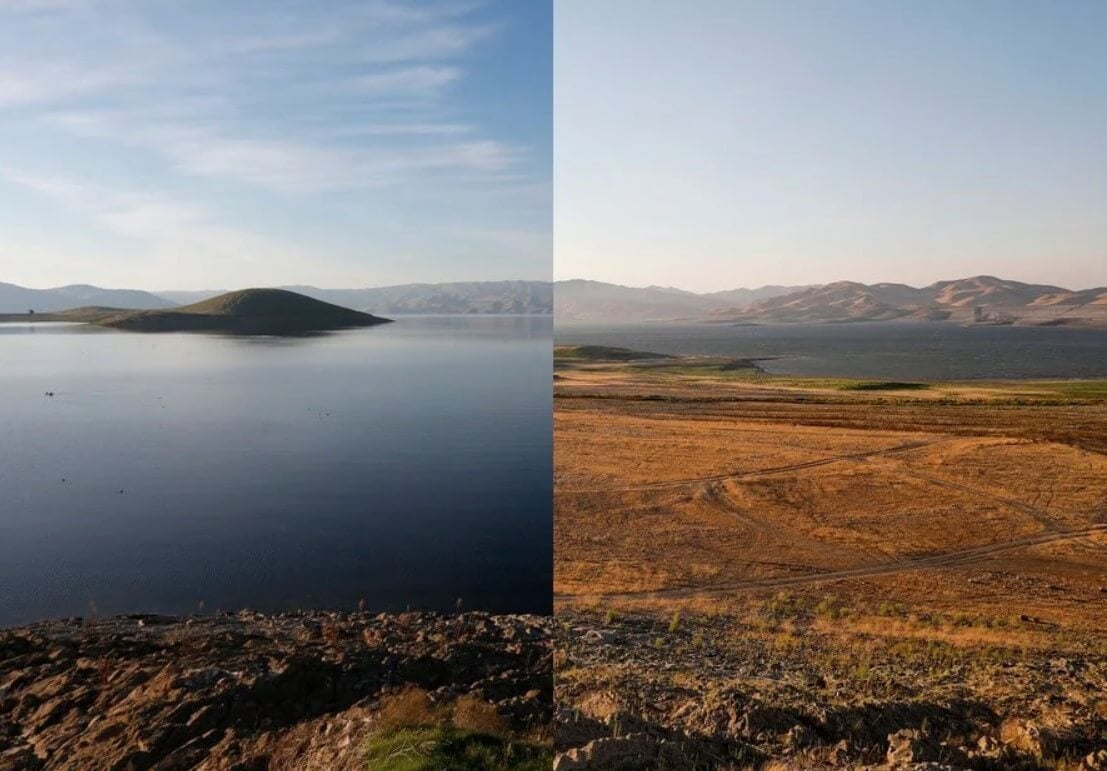 Drought on a reservoir in California

Ant under the microscope

The body length of ants does not exceed a few millimeters, so they appear to us as tiny dots on the ground. However, they do have antennae, eyes, and other body parts. The ant shown below was captured in the US state of Maryland and photographed at 10x magnification. They look like aliens, don’t they? 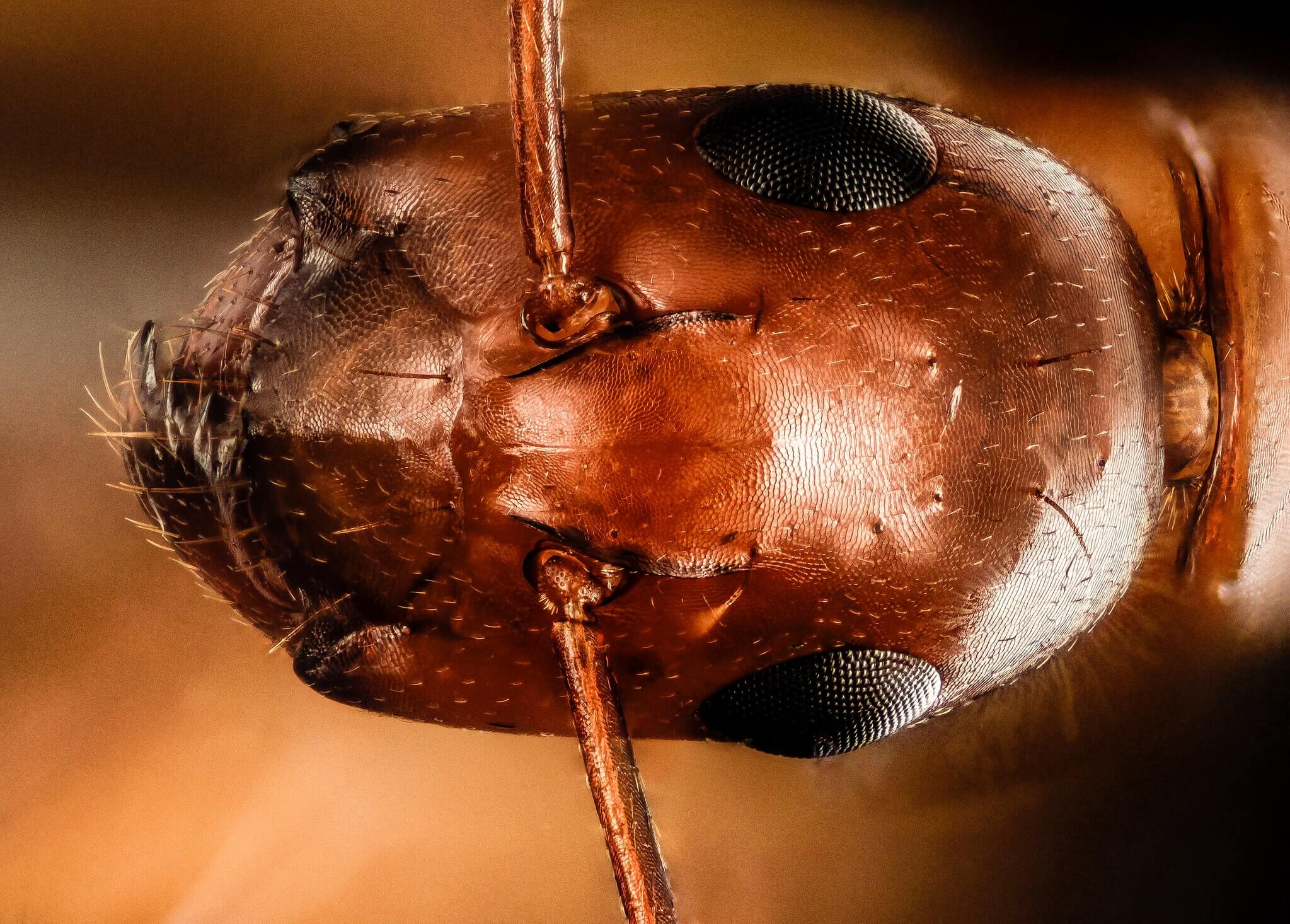 Ant’s head under a microscope

The science in which scientists study octopuses is called teutology. Scientists already know that these cephalopods have a very developed intelligence – this has been proven in the course of scientific experiments.

The photo below shows octopus eggs with babies visible inside. We already know that octopus nests are a hole in the ground, which is lined with stones and shells along the edges. Eggs have a spherical shape combined in groups of 8-20 pieces. In total, females lay 80 thousand eggs each and take care of them, pouring water and shaking off dirt with the help of tentacles. 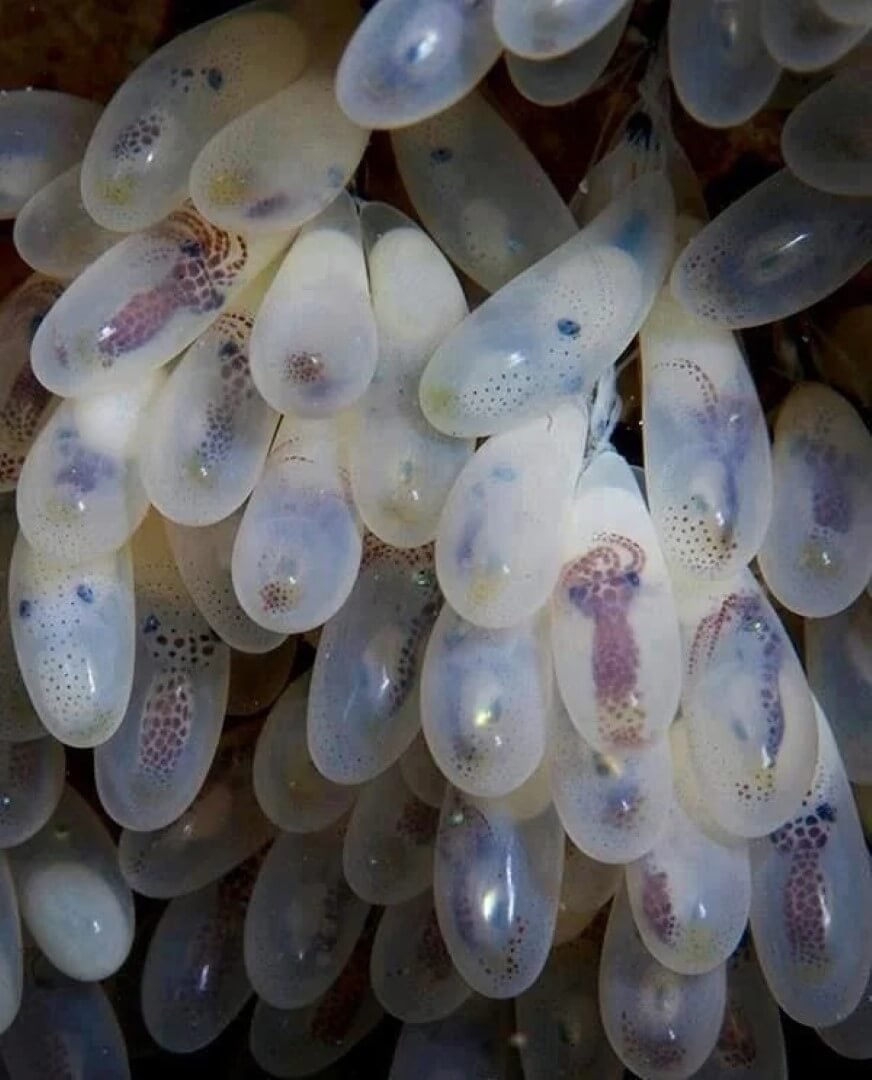 The body structure of the tardigrade

There are many articles on our site about tardigrades – these are the hardiest creatures in the world. Their body size is a maximum of 1.5 millimeters, it is almost transparent and consists of four segments and a head. At the moment, about 1000 species of tardigrades are known to exist, they can live even in the most extreme places, from the tops of high mountains to the depths of the oceans. Like other living creatures, tardigrades have internal organs – they are visible in the image below. 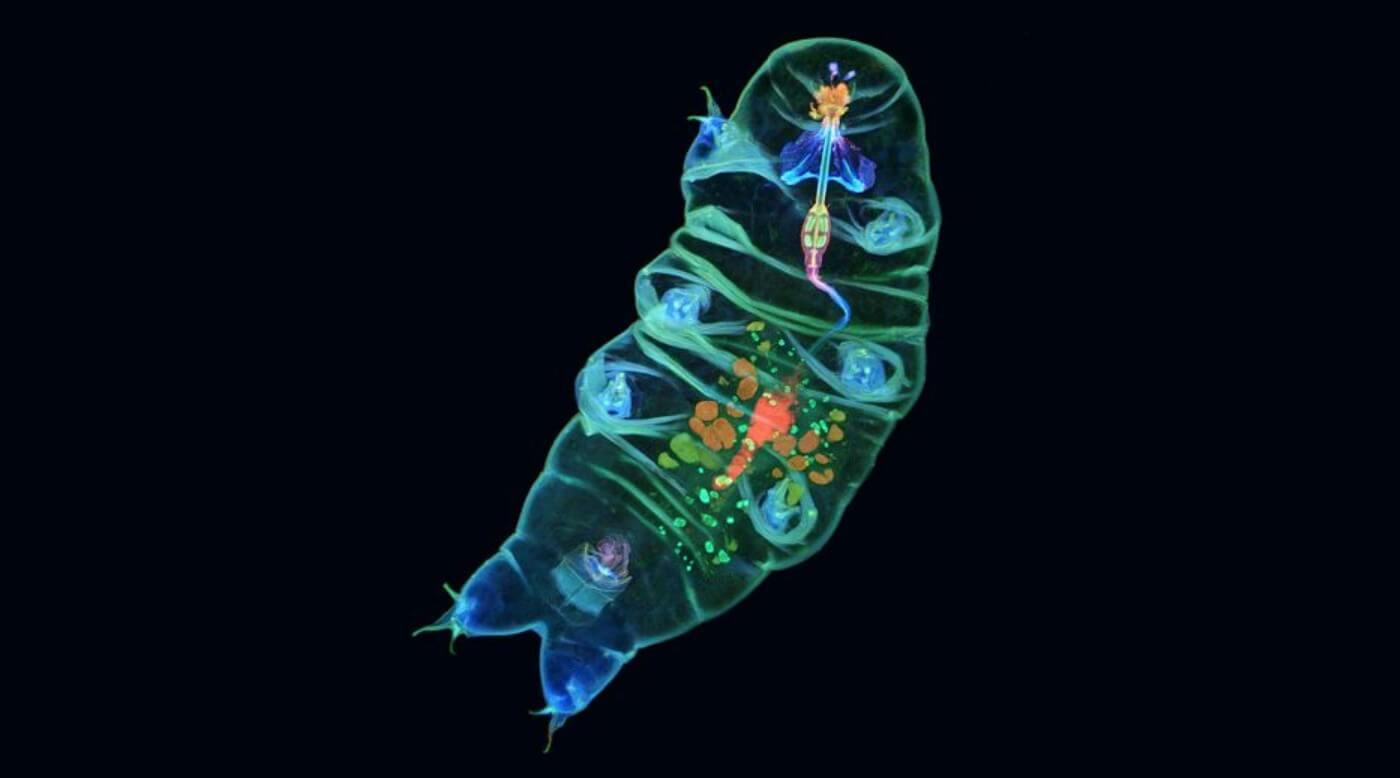 Internal organs of the tardigrade

Velcro under the microscope

Velcro was invented by Swiss engineer Georges de Mestral. Nature inspired him to create such a comfortable element of clothing – somehow he came home after a walk and found burdock stuck to his pants. After examining it under a microscope, he saw that the burdock was covered with hooks that cling to the fabric. Having created an artificial analogue, the engineer gained worldwide fame. The picture shows how Velcro for clothes looks under a microscope. 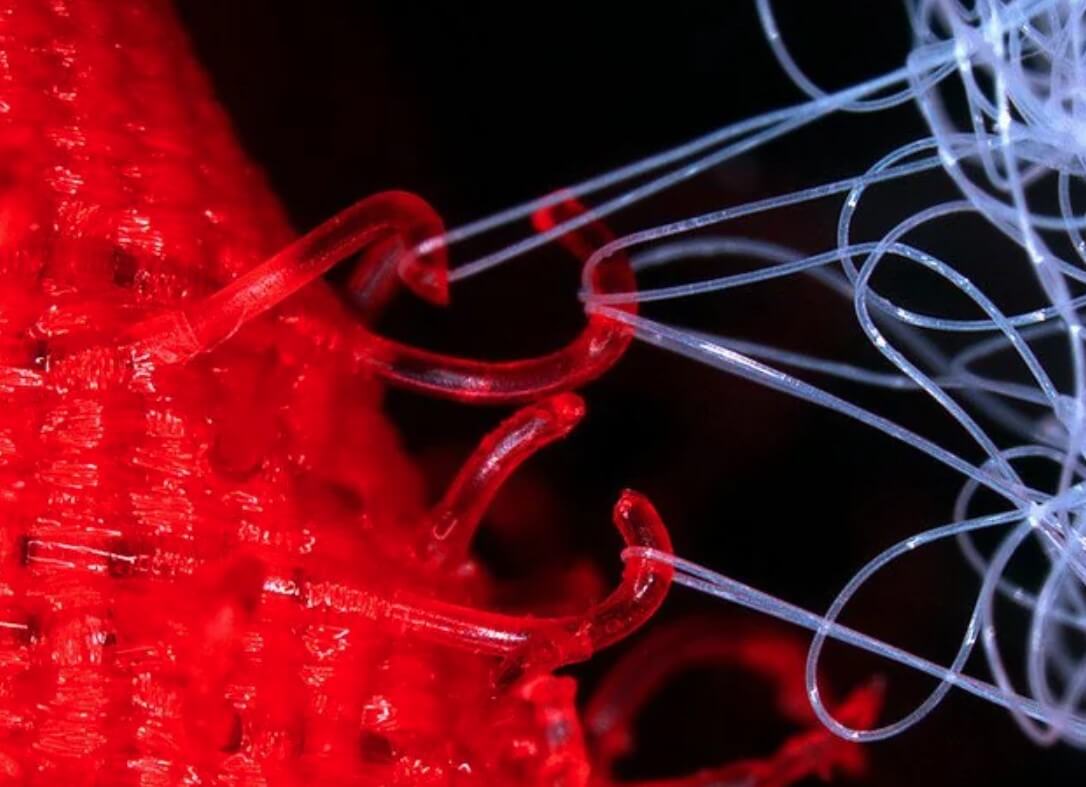 Velcro for clothes under a microscope

If you accidentally swallowed it while swimming in sea water, know that it was not clean. The photo below shows sea water magnified 25 times. Crab larvae, copepod crabs, sea worms, algae, cyanobacteria and more can be seen in the frame. 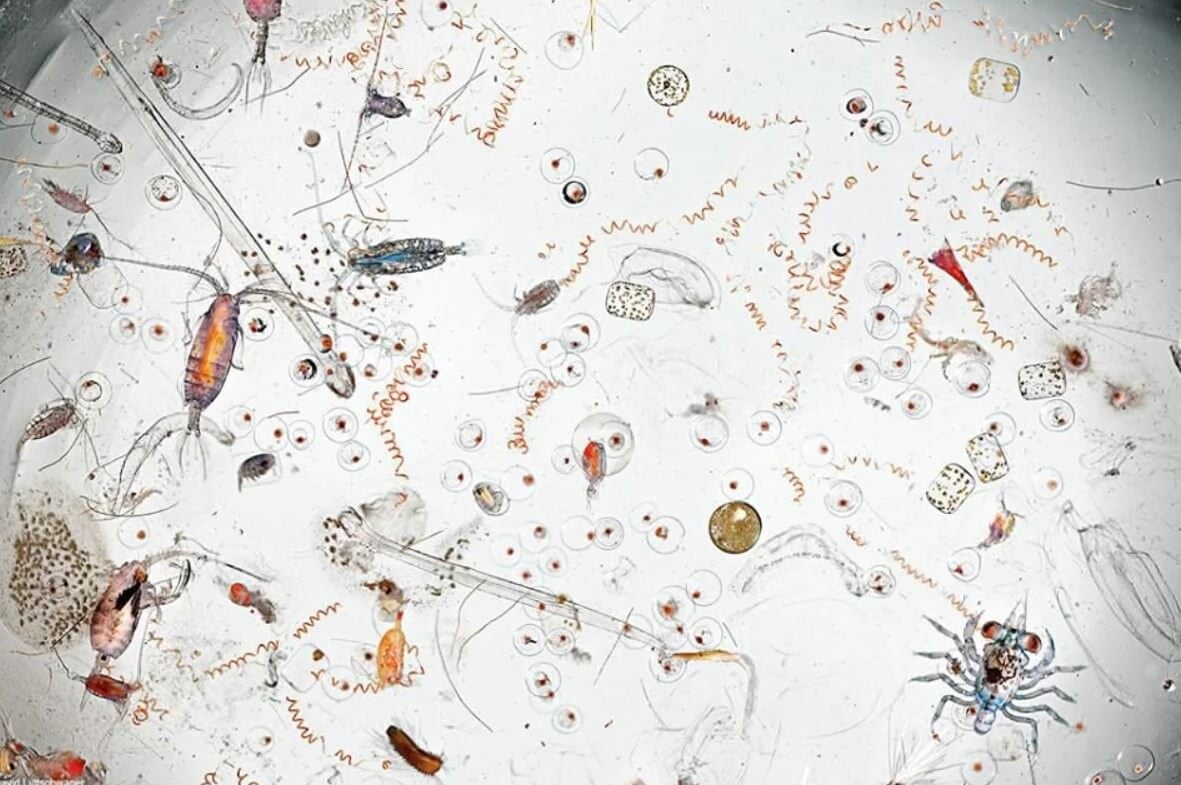 Sea water under the microscope

The most beautiful spiders in the world

As a rule, spiders are very scary-looking spiders. Even more scary for all of us is that they can be poisonous – such are wandering spiders (Phoneutria), whose venom contains the powerful neurotoxin PhTx3. When it enters the human body, the muscles stop working and breathing stops.

However, there are harmless and very beautiful jumping spiders in the world. The picture below shows the beauty of a golden-purple spider from the genus Simaetha. The picture was taken about ten years ago in Thailand. We shared a selection of photos of other beautiful spiders in this article. 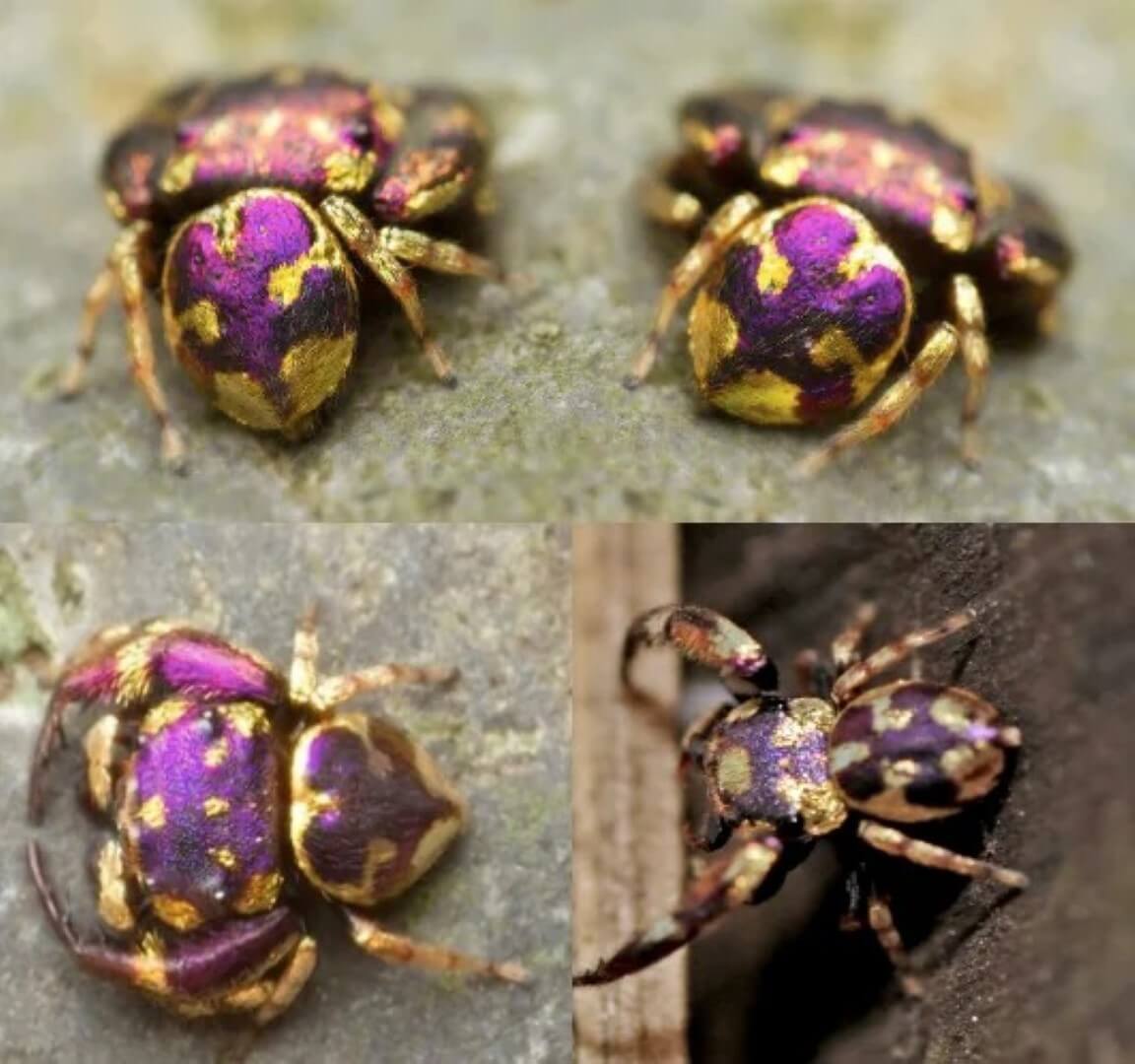 No turtle can live without a shell. The fact is that their shell includes the spine and the spinal cord contained in it. Even if scientists manage to separate the shell from the spine, the turtle will not be able to survive – it will feel like a person who has been skinned. The photo below shows what a turtle skeleton looks like. 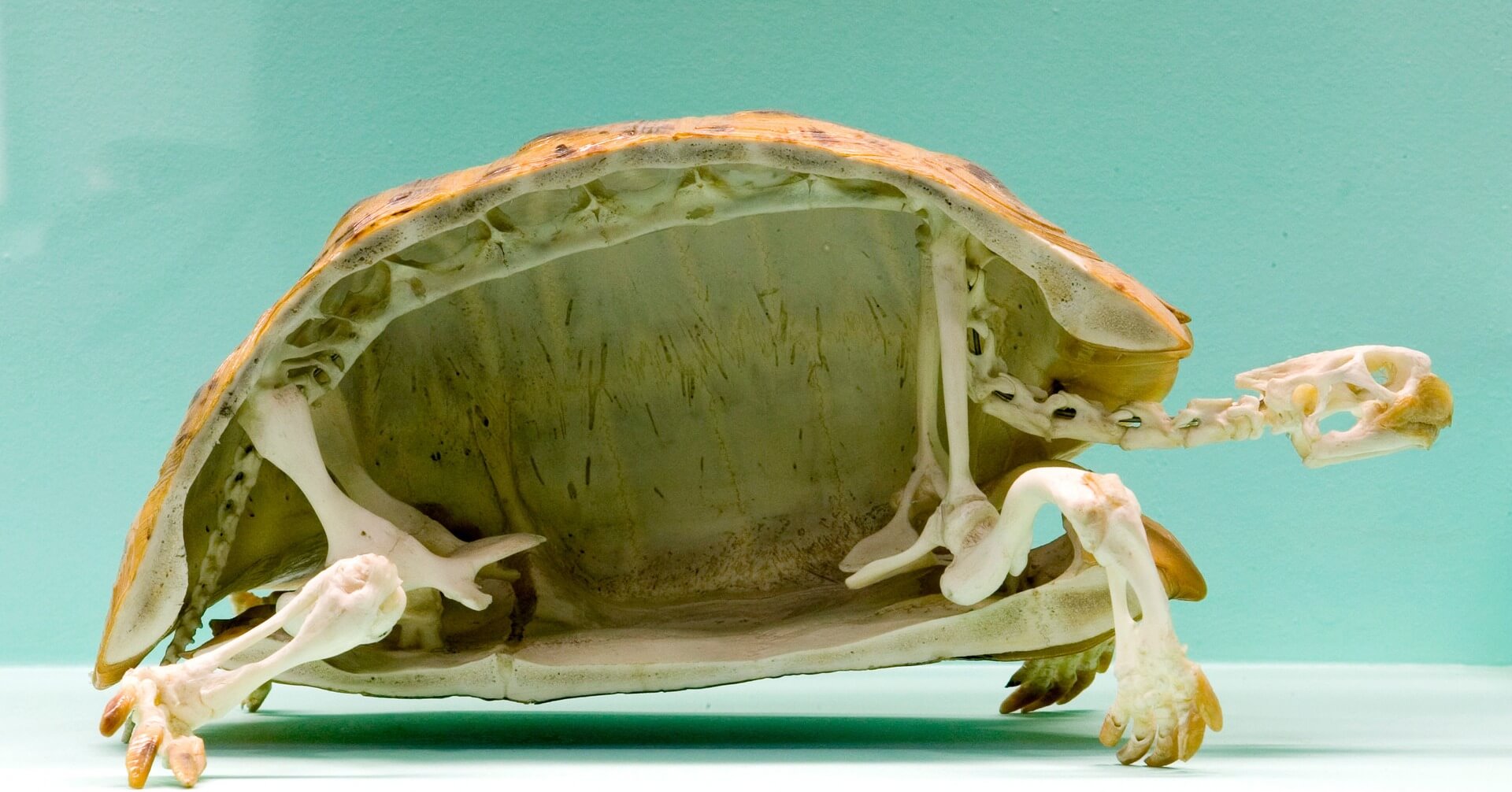 What do you see in the image below? To me, it looks like a psychedelic drawing of a spaceship flying over a distant planet. In fact, this is just the surface of titanium carbide crystals, a common material used to make wear-resistant coatings. 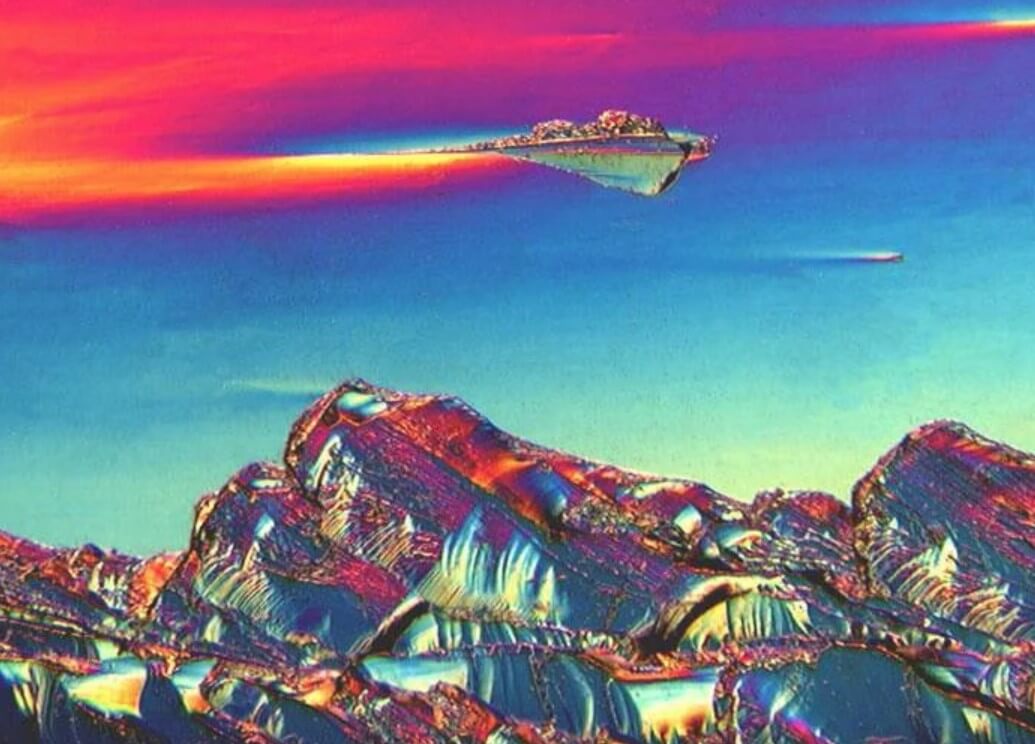 To date, science knows about the existence of about 21 thousand species of bees. They all look relatively the same – for example, look at the huge megachilid (Megachilidae). Unlike other types of bees, these creatures do not carry pollen on their feet, but hide it under their abdomen. 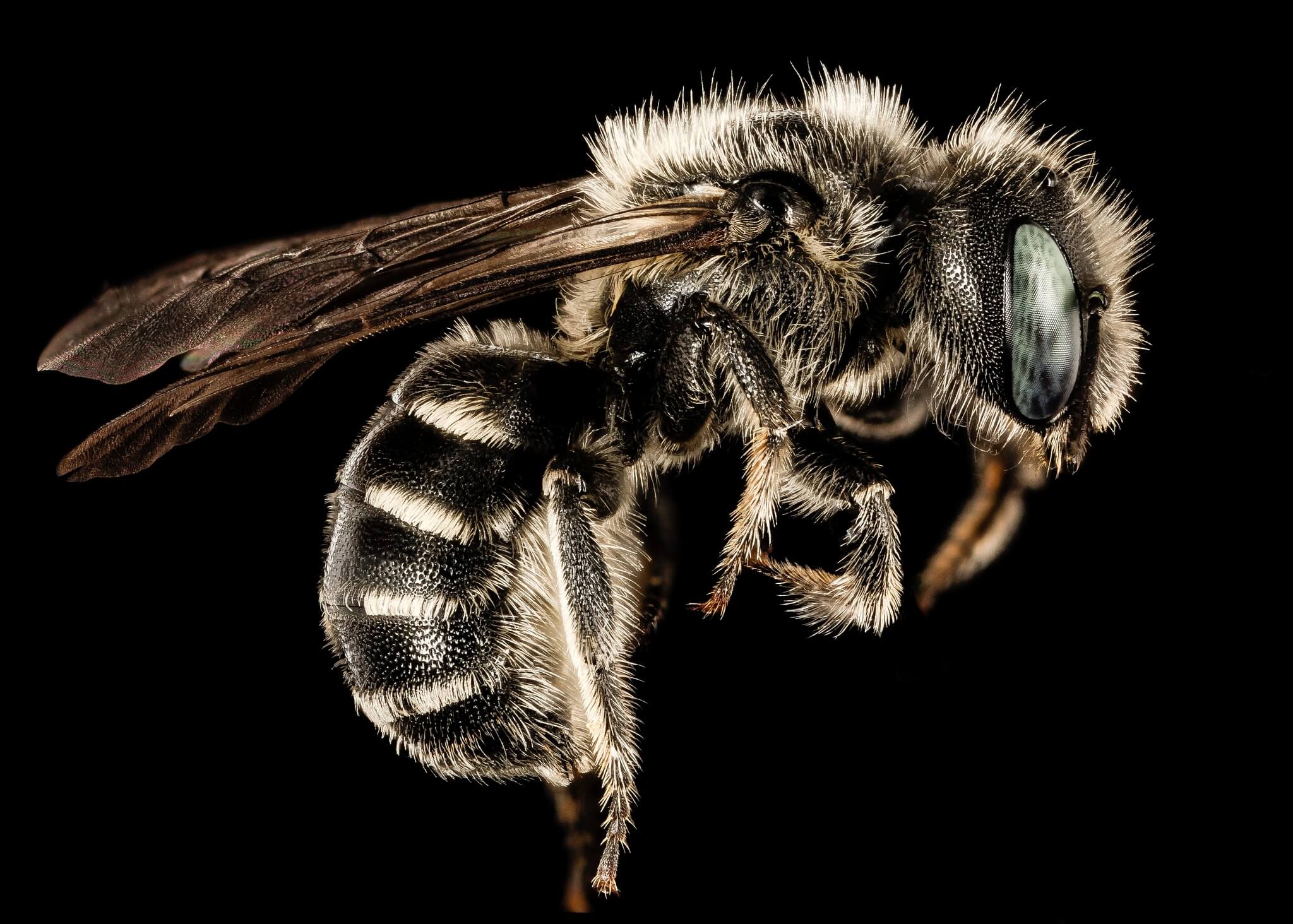 The danger of space debris

Every year space debris poses an increasing danger to astronauts. The photo below shows what happens to aluminum if a 14-gram piece of plastic flying at a speed of 7,000 meters per second collides with it in space. 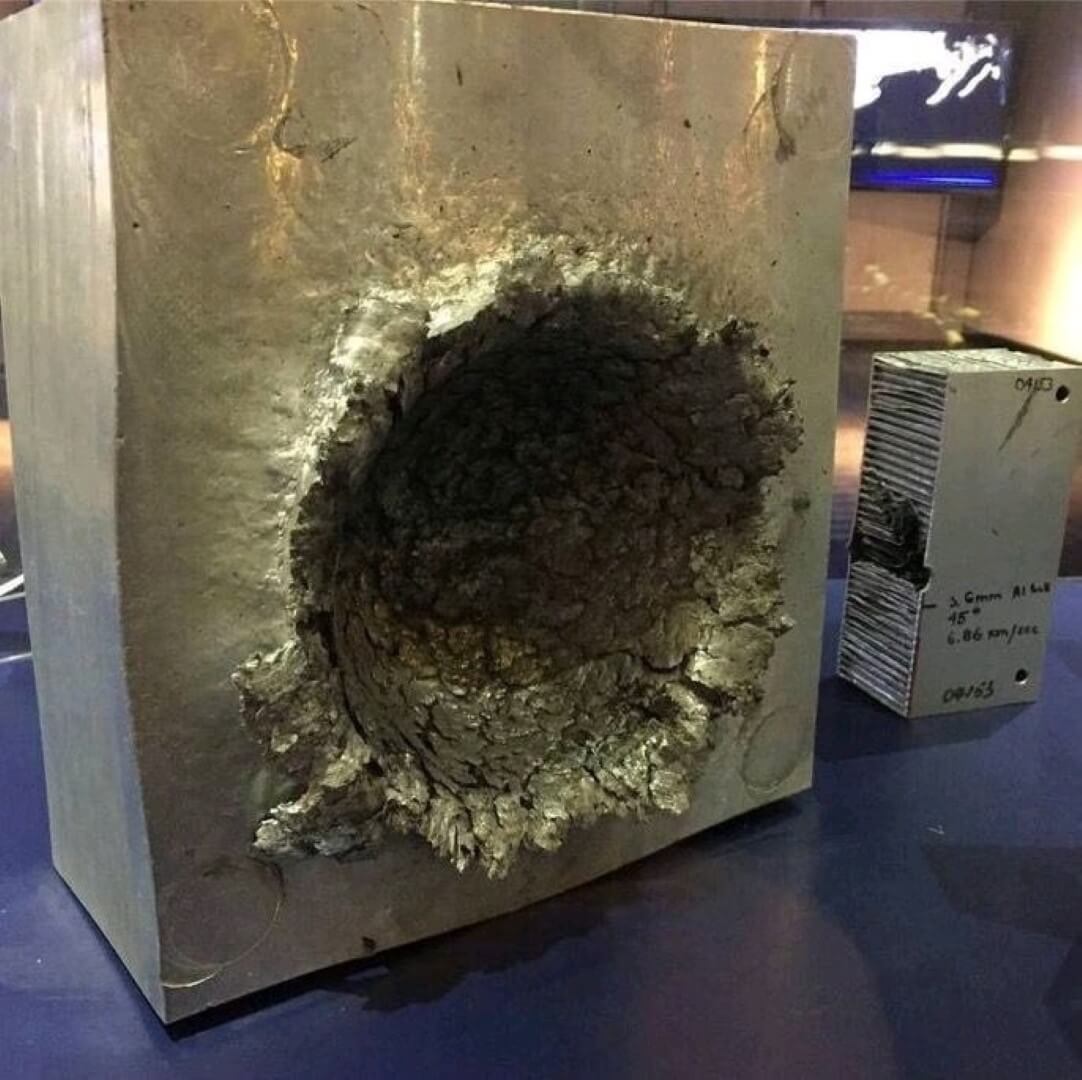 A block of aluminum collided with a tiny piece of plastic

If you were interested, we have other interesting selections. For example, look at things that will become very rare and expensive artifacts in the future. We also have a selection of photographs from the time of the USSR space program.