Life can be detected on Enceladus without landing on its surface

Many researchers believe that the ocean inside Saturn’s icy moon has suitable conditions for life. 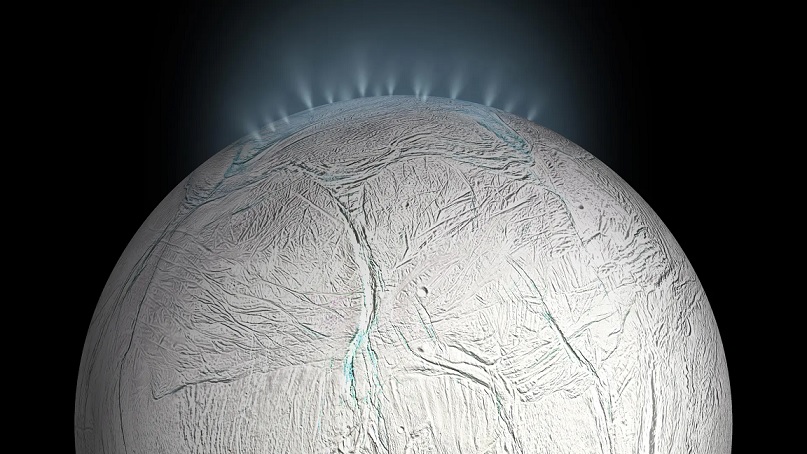 Earlier, the Cassini mission showed that under a thick layer of ice on Saturn’s moon there is a deep ocean with active hydrothermal vents. There is plenty of water and energy in abundance. That might not be enough to sustain life, but the researchers are now proposing another mission to confirm if there really is life there, without even having to “land” on Enceladus.

The thickness of the ice crust of the mysterious satellite is from 5 to 30 kilometers, so it will not be easy to get to the ocean. Scientists have proposed using special landing gear that will drill through the ice and slowly pass through the shell.

Enceladus shoots water jets into space through cracks in its surface, so as an option, the engineers also suggested creating a robot that crawls along these cracks. This is yet another difficult approach, even without considering the challenges researchers will have to face to make sure the machine is completely sterile.

Last year, researchers suggested that methane in the plumes could be a sign of life. In a new research paper, they take it one step further. They estimate that even a small population of organisms on Enceladus would release enough organic material for an orbital mission to acquire it.

“We were surprised when we found that the hypothetical abundance of cells would be equal to the biomass of one whale in the global ocean of Enceladus,” said one of the authors of the article, UArizona researcher Antonina Affholder.

The main goal of the mission would not be to find life, but to disprove its existence. The paper estimates the maximum amount of organic material found by the spacecraft in the absence of life. Doing the opposite, gathering evidence for life, would be more of a challenge.

To take a sample of cellular material from the plume, an orbiting spacecraft would need about 0.1 milliliter of the material. This is relatively small, but given how scattered the plumes are over the surface, more than 100 spans would be required. During the first four years of the mission, Cassini made 74 unique orbits around Saturn and 45 flybys of Titan, the planet’s largest moon. In total, Cassini spent 13 years in the system.

“Our team has shown that this approach will be sufficient to confidently determine whether there is life in the ocean of Enceladus, without having to explore the depths of the satellite,” said senior author Regis Ferrier of the University of Arizona.

It may be a long time before a mission to test this hypothesis is realized, but no less exciting is the fact that we can detect life on Enceladus without having to land on it.

The work was published in the journal Planetary Science.