The first day of the IV Agro-Industrial Farming Forum, organized by the Milk Institute in Nizhny Novgorod, turned out to be the most intense and informative. About 200 participants of the event with an educational program visited two advanced and at the same time diverse farms of the Nizhny Novgorod region – with different forms of ownership. 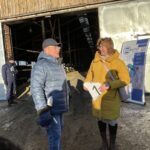 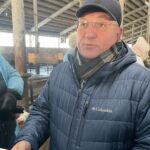 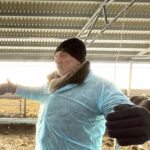 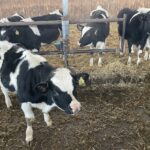 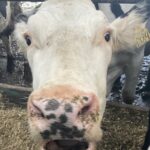 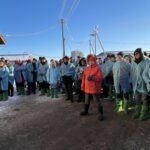 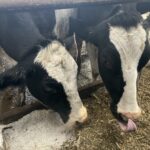 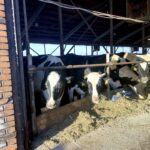 The practical part of the activities of the Milk Institute always arouses great interest among the forum participants. The first to receive tourists was the SPK Nizhegorodets of the Dalnekonstantinovsky municipal district. The eminent enterprise has many diplomas and awards, including medals of the highest standard of the Russian agro-industrial exhibition “Golden Autumn”.

In the Nizhny Novgorod region, SPK “Nizhegorodets” is recognized as the farm with the highest productivity of the dairy herd. At the end of 2021, cows became the record holders in the region in terms of milk yield – 12.3 thousand kilograms of milk per head. Thanks to the ongoing work in the field of genetics, the improvement of living conditions and diet, an annual increase in the productivity of animals is recorded.

Positive changes in the economy are associated with the name of the leader. At the beginning of the 2000s, the villagers elected Sergey Vtyurin as the chairman of the SEC Nizhegorodets. The agricultural production cooperative under his leadership not only increases production capacity and material and technical base, but also actively implements social policy aimed at improving the quality of life in the countryside.

Not so long ago, in addition to the already existing facilities, a calf barn for 750 heads of cattle was built on the farm. Investments in the creation of the facility amounted to 80 million rubles.

Since 2010, the SEC “Nizhegorodets” has been reconstructed and modernized all the facilities of the enterprise.

To date, the number of cattle in the SEC exceeds 1.5 thousand heads. Thanks to the ongoing work in the field of genetics, the improvement of living conditions and the quality of the diet, an annual increase in animal productivity is recorded, on average, by half a ton. The head believes that it is possible to bring this figure up to 13-14 thousand kilograms of milk per feed cow.

“Now we are participating in the state program for the construction of another yard for 500 milking herds with a new milking and milking unit,” said Sergey Vtyurin. – ​The materials have already been purchased, the frame has been installed. God willing, everything will be fine, next year we will rebuild and put the new complex into operation.

The comfort of the cows is a must, and this rule is strictly observed on the farm. Along with animal health and proper feeding, the creation of anti-stress conditions has a significant impact on animal productivity.

“We don’t smoke or shout in the yards,” the chairman warned the tourists. – ​We try to make the life of cows stress-free. Therefore, I will not even use the loudspeaker.

The guests of the farm had the opportunity to evaluate the conditions created for animals using modern technologies: an automated artificial lighting system and a temperature control system, drinking bowls with heated water and scratching chairs, walking areas, etc. Last year, the number of rows of fans was increased from one to six.

A well-fed cow will not freeze, the chairman knows. The farm keeps animals cold. However, moisture is detrimental to livestock. Therefore, sensors are installed in the complex, which, depending on the level of humidity, automatically turn on exhaust fans. “If the glasses do not fog up, then everything is fine,” Sergey Vtyurin stated.

Animals are fed only once. Every year, depending on the harvest, Nizhegorodets SPK harvests about 8-8.5 thousand tons of haylage and 8.5-9 thousand tons of corn for silage. Imported hybrids are used in corn production. The starch content in the silage is from 300 to 330 units. Protein in haylage – 140-160.

The ratio of dry matter to concentrates is 62 versus 37.4 percent.

“We adhere to such a strategy that we could milk even more, but we do not play games with concentrates,” Sergey Vyacheslavovich noted. – We keep the bar no more than 40 percent of the dry matter. I do not pretend to be the ultimate truth, but I tell you my picture of the world, I may be wrong and I ask you not to judge me strictly for this. If the food is a little drier than we need, we add water to the mixer even in winter.

Feed table lighting – ​250 lux. For the dairy herd, 16 hours of daylight are provided, eight – ​darkness. Dry cows have a reverse light cycle. Eight hours is the day, 16 hours is the night. According to the chairman, the red “duty” lamps have proven themselves very well. With their use, the consumption of feed increases and, as a result, the productivity of the dairy herd.

Previously, the farm had the status of a breeding plant for black-and-white cattle. Now documents have been submitted for registration of a Holstein breeding reproducer.

The new production facility was highly appreciated by specialists.

“In each of the production facilities, I explained, showed and revealed to people some nuances,” said expert of the Institute of Milk and a recognized extra-class specialist in the field of construction and equipment of livestock facilities Alexander German. – ​Identified mistakes that would have been better avoided, talked about positive solutions. I would like to note that, in general, I really liked the dairy building of the Nizhegorodets SPK. I even learned something new for myself.

Full version on the site Life in comfort

Agrarians of the Volgograd region decided to dedicate the record grain harvest this year to the 80th anniversary of the Victory in the Battle of Stalingrad. This was...

The results of the implementation of the federal project "Export of agricultural products" in the regions in 2022, as well as the achievement of targets for the current...

In 2022, the agrarians of the Voronezh region produced agricultural products worth 368 billion rubles, which is 111.9% compared to the previous year. The region confidently occupies the...

At the AgroKavkaz-2023 exhibition, which takes place from February 1 to February 3 in Mineralnye Vody, representatives of the Russian Agricultural Bank spoke about the bank's key products...

The estimated potential for cheese exports from Russia to Saudi Arabia is estimated at $5 million per year, according to a review by the federal center Agroexport of...