Photo with Putin saved the life of an English football player

She was threatened by a taxi driver

Former Arsenal and England player Alex Scott has revealed how a photo session with Russian President Vladimir Putin saved her life. It is reported by talkSPORT.

The situation occurred during the 2018 World Cup in Russia and was described in Scott’s memoir, How (Not) to Be Strong.

The athlete began to threaten the Uber driver. He said that the player would “never be seen again” and that he “won’t take her home”. Then Scott answered him: “You cannot kill me. I have to meet with Putin tomorrow.” The taxi driver did not believe, and the woman showed him photos from the morning visit to the Kremlin, which got into the media. The man stopped laughing and Scott continued, “If I don’t see Putin tomorrow, he will find you.” 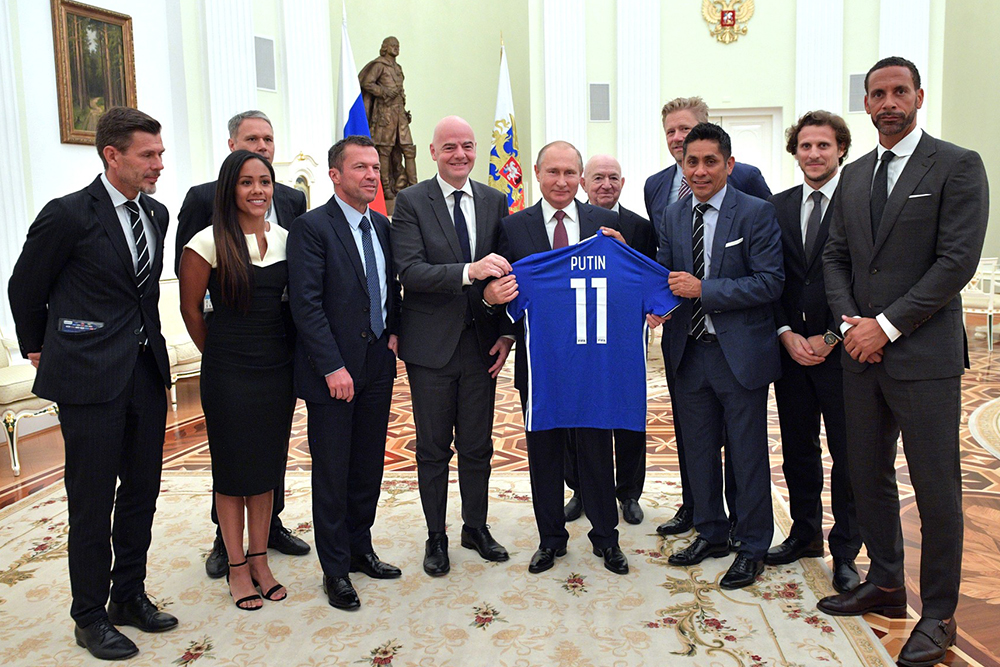 Vladimir Putin during a meeting with the legends of world football, July 6, 2018
Photo: Administration of the President of Russia 2023

On that day, the footballer still got to the hotel. But when she got out of the car, the driver tried to kiss her.

At the meeting in the Kremlin, which Scott wrote about in her memoirs, in addition to Vladimir Putin, there were FIFA President Gianni Infantino, former England football player Rio Ferdinand and others.