Scientists have discovered something strange under Yellowstone – Ecology, cataclysms, apocalypse

Hundreds of miles below the Yellowstone supervolcano and much of the western United States lurks a massive clump of liquid, carbon-rich material. It measures 1.8 million square kilometers and seethes at the top of the planet’s mantle. 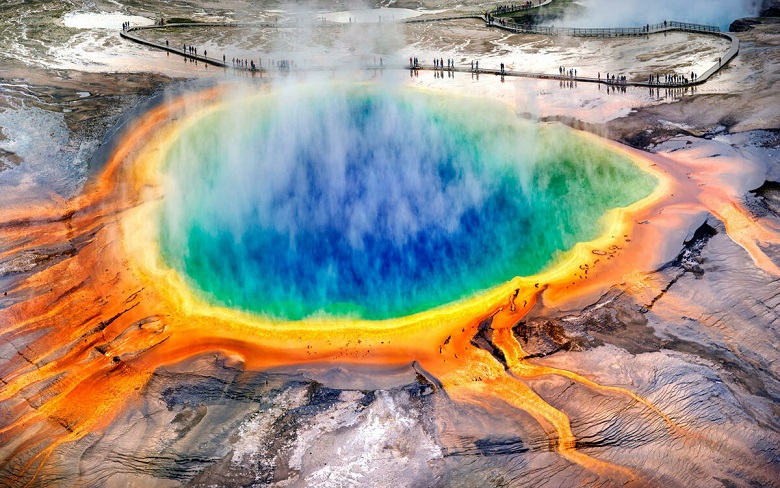 In fact, these are molten carbonates – a type of rock that contains a lot of carbon. In fact, this reservoir of carbon is so huge that it has completely changed scientists’ understanding of the carbon cycle.

In comparable terms, back in 2011, the amount of carbon emitted into the atmosphere – mainly as a result of human activities – was about 10 billion tons (about 11 billion tons). A newly discovered reservoir indicates that the upper mantle contains 10,000 times more carbon than this, mostly in the form of retained carbon dioxide.

“Releasing just 1% of this CO2 into the atmosphere would be the equivalent of burning 2.3 trillion barrels of oil,” said Sasha Heer-Majumdera, senior lecturer in geophysics at Royal Holloway, lead co-author of the study.
This is about 325 times more than the annual consumption of oil in the US.

Although this carbon will slowly come to the surface as a result of volcanic eruptions, there is absolutely nothing to worry about. This will have an incredibly small impact on the rate of ongoing climate change on the planet.

In an article published in Earth and Planetary Science Letters, a team from London’s Royal Holloway explains how they used a huge network of seismic sensors to spot the carbonate monster right under their feet.

Seismic waves propagate at different speeds and at different angles through different materials. This means that researchers can use such waves to determine what the interior of the planet is made of, and this newly created vast sensory network was used to make this amazing discovery.

Mount St. Helens and the entire Cascade Arc to which it belongs are prime examples of this type of subduction zone volcanism. However, from time to time, a very strange shape of the melt appears in the mixture – in this case, a lot of carbon-rich rocks were added to the upper mantle.

There is no evidence yet on the surface that carbonatite volcanoes will erupt in the western United States any time soon, and most likely you will see only powerful gaseous explosive eruptions here.