Study: Viagra reduces the risk of premature death by 25% 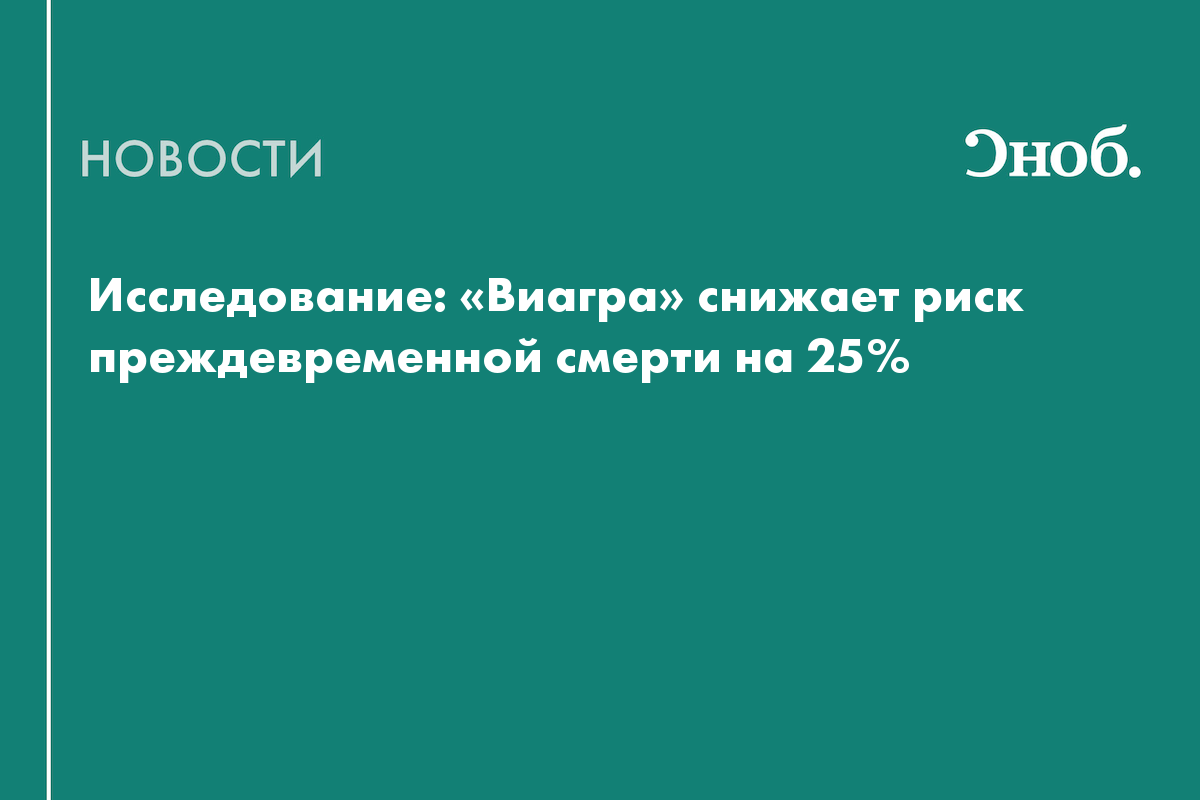 It is better not to take this drug not for the treatment of erectile dysfunction, experts noted

Scientists at the University of Southern California found that Viagra and similar drugs reduce the risk of premature death by 25%. This is stated in the Journal of Sexual Medicine.

During the study, experts analyzed the data of 24 thousand men, whose age was on average 52 years. All of them were under the supervision of doctors in 2006-2020 and took PDE-5 inhibitors, including Viagra, for the treatment of erectile dysfunction. Data from another 48,000 men of the same age were used by scientists for comparison. These people did not take such drugs, but, like the men from the first group, they suffered from erectile dysfunction.

This effect became more pronounced with increasing doses of the drugs, the researchers noted. However, they advised men not to take Viagra for anything other than erectile dysfunction.