In taller holly trees, the upper (out of reach) leaves have smooth edges, while the lower leaves are more spiky. And now scientists have figured out why. 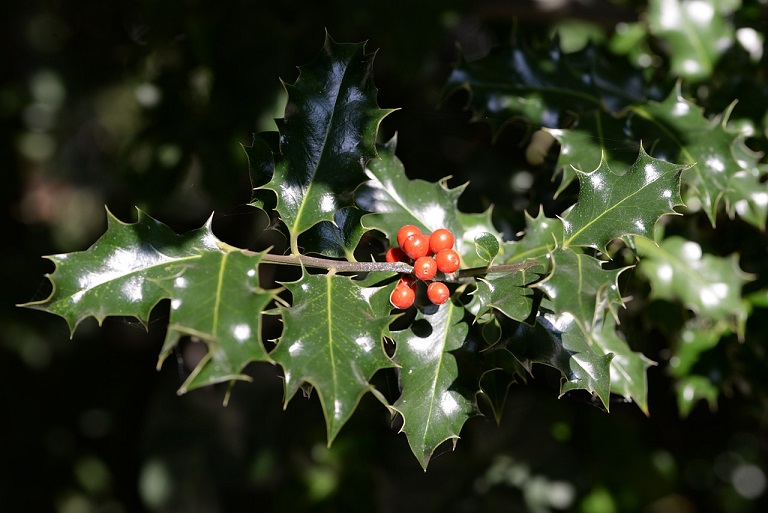 Holly (Ilex aquifolium) is decorated with shiny evergreen leaves and bright red berries, which are loved not only by people, but also by deer.

Although they are sharp, not all holly leaves are spiky (even on the same tree). A study published in the Botanical Journal of the Linnean Society reveals the mystery of this unusual phenomenon.

Study leader Carlos Herrera of Spain’s National Research Council found that the variations in leaf shape on a single tree are the result of animals nibbling at them. The result is a rapid molecular response to this environmental shock, according to National Geographic.

The research team studied this phenomenon, called “heterophylly”, on 40 holly trees, of which 39 had different types of leaves, both spiny and smooth.

The trees, which looked like they were being gnawed by wild goats and deer, had more spiny leaves in the lower 2.5 meters, while the higher leaves tended to be smooth. The team wanted to figure out how these trees can adapt their leaf shape to different circumstances so quickly. 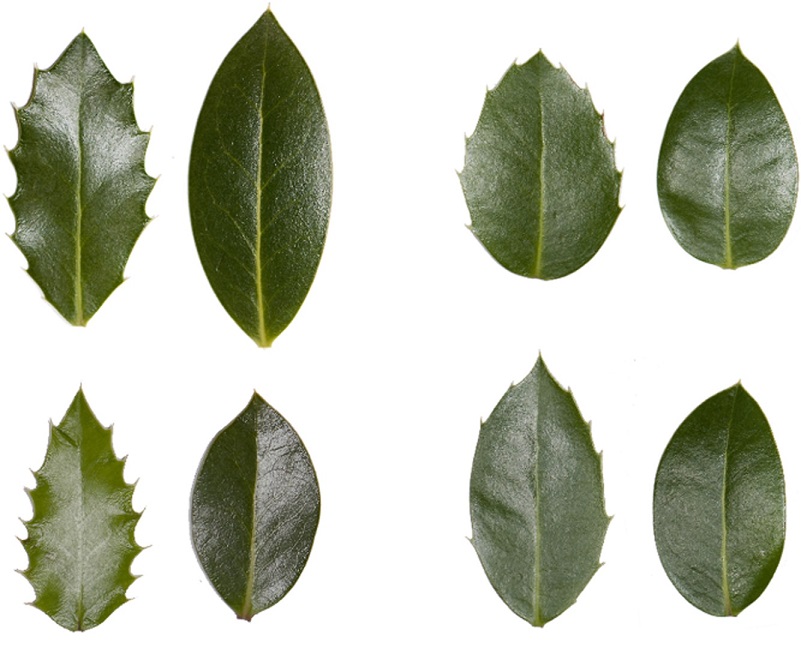 All leaves on the tree are genetic twins, sharing the same DNA sequence. The team of scientists looked in DNA for traces of a chemical process called methylation, which modifies DNA but does not change the organism’s genetic sequence. In this way, the researchers could determine whether the leaf change was the plant’s response to environmental or genetic changes.

“In holly, we found that the DNA of spiny leaves was significantly less methylated than that of non-spined leaves, and from this we infer that changes in methylation are ultimately responsible for changes in leaf shape,” Herrera said.

“Heterophylly is an obvious feature of a well-known species. However, until now, no one has been able to see how this happens,” said Mike Fay, editor-in-chief of the Botanical Journal of the Linnean Society.

If a holly finds its leaves being gnawed by deer, it turns on the genes to make them spiny when they grow back. Thus, on taller holly trees, the upper leaves (which are out of reach) have smooth edges, while the lower leaves are prickly.

“This has clear and important implications for plant conservation,” Herrera said. “Habitat loss has led to the depletion of genetic variation in many natural populations. For them, the ability to respond quickly without waiting for slower DNA changes will help them survive accelerated environmental changes.