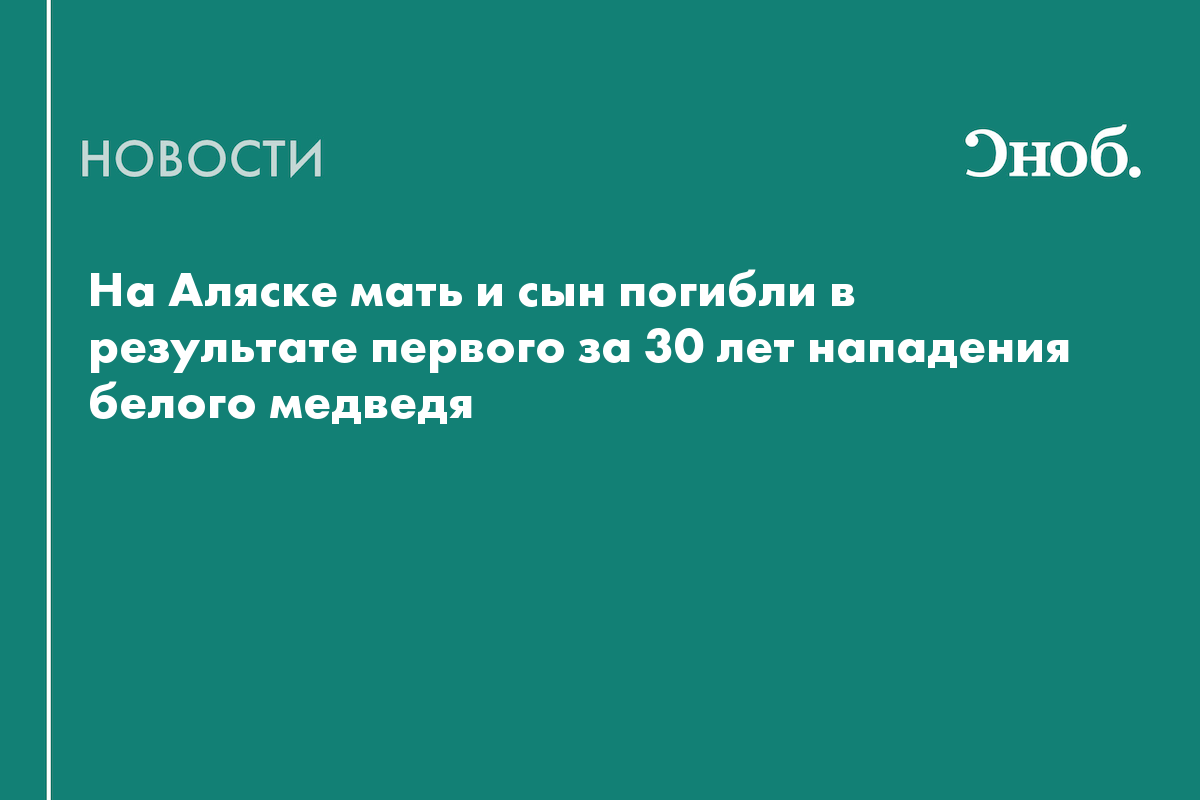 In Wales, Alaska, a polar bear killed 24-year-old Summer Miomick and her one-year-old son near a school. This is the first predator attack in 30 years. The Guardian writes about it.

The school staff tried to scare away the beast with shovels, but the bear rushed to the school after them. The director of the school slammed the door in the face of the beast.

An unidentified man killed the bear with a pistol shot.

According to a spokesman for the Alaska Armed Forces, the dead did not see the bear because of the snow storm. The military, due to weather conditions, could not go to the city for about a day to investigate what happened.

The last fatal attack on people happened in 1990. Then the predator killed one of the inhabitants of the village of Point Lay.

In 2019, scientists from the US Geological Survey found that melting sea ice was causing polar bears to spend more time on land. Against this background, the likelihood of a human-animal collision also increased.

Wales is the westernmost point of mainland North America. The city is located just 80 kilometers from the border with Russia across the Bering Strait.

About 150 people live in Wales. Most of the population are Inupiat – one of the peoples of the Far North.