Lightning during the eruption of the Tonga volcano broke “all records” – Ecology, cataclysms, apocalypse

The volcanic eruption of Hunga Tonga-Hunga Ha’apai in January 2022 sent shockwaves around the world. 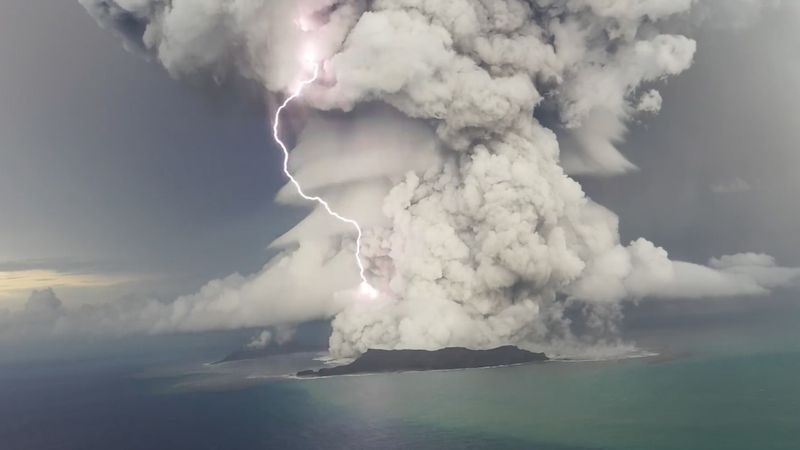 The eruption caused not only large-scale tsunami waves, but also threw a huge amount of water vapor into the Earth’s stratosphere, causing climate warming.

According to a report by environmental monitoring company Vaisala, the above “catastrophic eruption” broke “all records”.

“This is the most extreme concentration of lightning we have ever detected,” meteorologist and lightning expert Chris Wagaski told CNN. “We’ve been detecting lightning for 40 years now, and it’s really an extreme event.”

“We are seeing an upward trend in the number of lightning strikes,” Wagaski said.

The Worldwide Lightning Location Network, led by the University of Washington, said Vaisala’s findings on global lightning as well as the Hunga Volcano are consistent with their own observations.

“We can do this because stronger eruptions generate lightning, and lightning sends detectable radio signals around the world,” network director Robert Holsworth told CNN. “The Hunga volcano eruption was spectacular in its lightning-fast activity.”

Researchers have used lightning as a key indicator of a climate crisis, as the phenomenon usually signals rising temperatures.

Lightning occurs during severe storms associated with an unstable atmosphere that require relatively warm and humid air, so they mainly occur in tropical latitudes and elsewhere during the summer months.

Wagaski said lightning in colder areas will only intensify as the planet warms, noting that meteorologists and climate scientists are collecting more data to not only clarify climate links but also keep people safe.

“That’s why they named lightning as an important climate variable,” he said, “because it’s important to know where it occurs, how much it occurs, and so you can see how thunderstorms occur as a result of climate change.”