Meeting of three lumberjacks with a humanoid – UFO, Aliens

In July 1955, a lumberjack, who preferred to remain anonymous, was working in the woods in the Gulf of Bothnia at Västra Norrland, Sweden, with his two brothers. 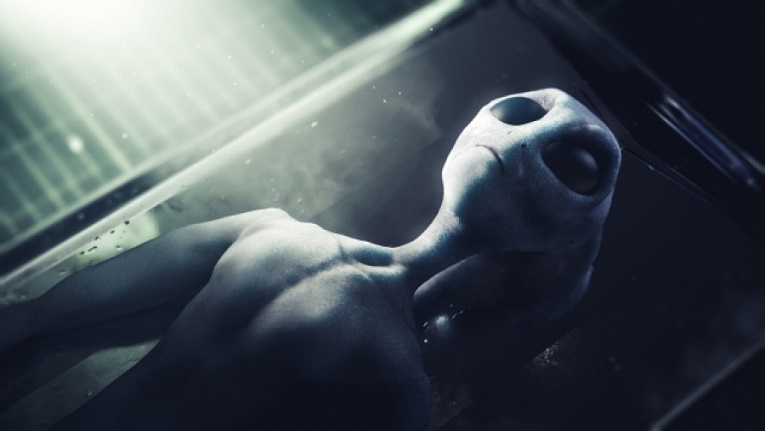 At some point, all three heard a very loud and incomprehensible noise, which they described as a sound similar to that of a very large animal running wildly in the bushes.

Listening to this mysterious noise, the rustle and crackle of branches and bushes, they saw above them a cigar-shaped object that flew so low that it touched the tops of the trees. Fragments of branches and leaves rained down on the men like an avalanche.

At first they thought it was a small plane crashing, so when the object passed over them, they ran in the direction it fell. And the fact that he was definitely falling was obvious, the object was quickly losing height.

“I don’t know what we were expecting, maybe a deafening roar when the plane hit the ground, but it didn’t happen. disappeared.

The light was so bright that we could see through the trees. For a second, I could even see the seeds of the trees, and they were more than one meter in diameter, like on an x-ray.

After a few seconds, a vacuum wave came, sucking everything towards the center of light. All three of us flew forward, branches and leaves flying past us.

It all probably only lasted a fraction of a second, but I still remember crashing into a tree, time stopped, and my whole life instantly replayed in my head. Even the usual sounds of the forest have ceased.”

When the three lumberjacks finally reached the house of the place where, as it seemed to them, the plane had fallen, they found themselves in a clearing where, for some reason, neither the plane nor other equipment was visible. There were damaged trees, a bunch of broken branches, but no remains of the plane.

But they found a living humanoid creature on the branches. It was a very short man, apparently about 110-120 cm in height, around whose body a strange white light “vibrated”, “like a halo”.

The creature seemed dead at first, and one of the brothers reached out to touch the lifeless body, he immediately pulled back his hand, as he received a strong electric shock. And then the little man opened his eyes and said in perfect Swedish: “Don’t touch me, it will only bring you problems.”

“After that, I immediately calmed down and carefully examined him. He was not a dwarf in the broad sense of the word. He was very proportionately built, with broad shoulders and normal features. His skin was yellowish, like an Asian. His eyes were deep-set and black , without proteins.

His face was covered in bruises with a couple of large gashes on his chin and forehead. No blood flowed, but the skin around the wounds felt wet. The top of his head was lightly covered with a fluff of almost white hair. The earlobes were integral with the neck and resembled shark fins. The lips were wrinkled, narrow and colorless.

When he smiled reassuringly, as he often did, he would reveal a row of small teeth in both the upper and lower jaws. I especially noted that his fangs were flat and as wide as our two front teeth.

His hands were small with five slender fingers without nails, and when he moved his hand, it seemed that the ring finger was fused with the little finger, because they moved in sync.

His clothes were like reddish metal and seemed to fit snugly to his body. The head and hands were free, but on the feet the clothes passed into a pair of closed boots in size 35-37.

The soles of the boots were ribbed and vibrated, and for a moment I thought of the tracks on the tank. The stranger looked at me and nodded slightly. There was no doubt that he knew what I was thinking.

With these boots, he could roll back and forth on the surface without even moving his feet. Around his waist he wore a wide silvery metal belt with an unusually large buckle that glowed slightly with a light blue tint, which later turned dark blue when he was dead.

In the middle of the buckle was a yellow colored sign – UV – it looked like the letter V, which was included in the letter U.

A strange creature told the lumberjack that he was thrown out of his spaceship, he was badly injured and now dying. Then he took out of his pocket a rectangular object the size of a matchbox and with 12 small indentations. He then took out another object that looked like a pencil and poked some of the depressions in the first object before throwing the object into the bushes.

The alien then told the lumberjack not to touch him, and that the item was a homing beacon so that his companions would know where they should come to retrieve his body when he died.

Then a curious thing happened. The two brothers seemed disoriented and left the clearing, leaving the main eyewitness alone with the dying creature in the forest:

“The stranger lay for some time as if asleep. His hands were tightly clenched, and it was obvious that he was in great pain. Then my brothers suddenly became confused, looked at each other, and then, without saying a word, returned to the forest. Later Years later, looking back on this incident, I am convinced that the stranger somehow asked my brothers to leave without saying a word.

I sat talking and listening to him for two hours before he died. Shortly before his death, a stranger gave me a folded bag from an invisible pocket and said: “When I die, the light will disappear from my body, and with the help of two other men you will put me in this bag and take me to the river where I will disappear. Then you must carefully bathe in water so as not to get sick.

Now he was breathing heavily and I saw that the end was near. The halo around his body became weaker and gradually disappeared. His light blue buckle gradually darkened. He looked at me and smiled. He said something in a language I had never heard before or since.

Suddenly he switched to Swedish, and I heard the last couple of sentences: “You have come without any desire and you are leaving against your own desire. Our life is like evaporation.”

He said a few more words, but his voice was so weak that I couldn’t hear them. I am convinced that he prayed to some deity before he died. I was very touched.”

The brothers then returned, looking a little stunned and confused, as if they weren’t quite sure what had just happened to them or why they left. The men put the dead alien in a bag and carried him to the river, noticing that the bag smelled of sulfur and burned his hands. When they lowered the sack into the water, the body and the sack dissolved.

“When the bag hit the water, it started bubbling around it, and we realized that some kind of chemical process had begun. After 5 minutes, nothing was left of the bag and the body, and I thought that perhaps the stranger was hoping to fall into the river for a quick death instead of lying there for a couple of hours suffering. He would probably prefer to die alone, thinking about his home, many light-years away.”

A few days after this incident, the lumberjack again went to the area to find a rectangular object thrown by an alien, but found only one object that looked like a pencil. He kept it as a memory and as proof that he did not dream it all.

After that, he kept this story to himself for many years. It wasn’t until he spoke to a UFO researcher named John Fontaine, who wrote about it all in an article called “Humanoid Dies in Sweden”, that the story became public.

Fontaine personally spoke to the lumberjack and seemed to be the only person the man ever spoke to about it, but the problem was that the eyewitness, even to him, never fully revealed the details of his long conversation with the alien when they were alone:

“What they talked about during these two hours, I could not get the witness to tell. I begged and persuaded him, but he did not tell me anything, only a few of the following fragments.

He said that the alien came from a place close to the constellation we call the Eagle. Several races from outer space have visited Earth and some are so advanced that we would only see them when they materialized or dematerialized to visit a parallel universe orbiting Earth.

Some aliens kept people on earth under surveillance and did so for millennia, while others took earth samples for the purpose of later settlements, and still others had contact with humanity for centuries. That’s it,” Fontaine wrote.