What is closest to the Sun? 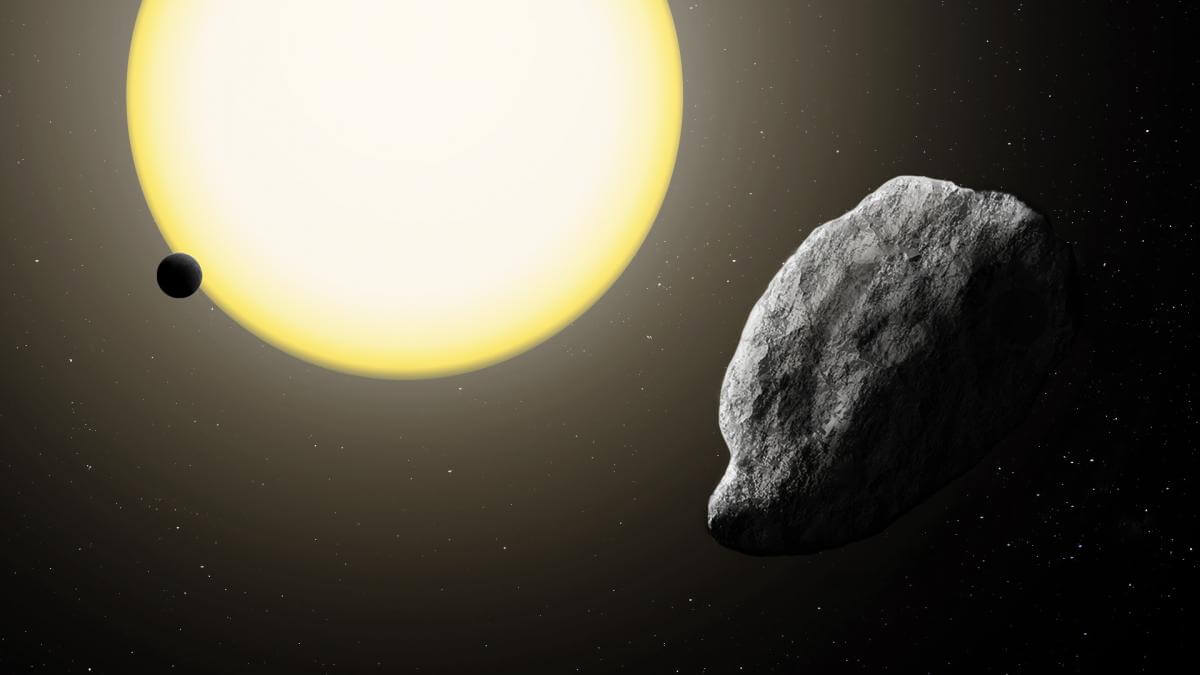 Astronomers have discovered the fastest rotating asteroid to date, which is closer to the Sun than Mercury

According to the latest estimates, the solar system has eight planets: Mercury, Venus, Earth, Mars, Jupiter, Saturn, Uranus and Neptune. But could it be that Mercury is not the first celestial body in close proximity to the Sun? Surprisingly, astronomers answer yes to this question – in 2021, they discovered an asteroid with the fastest orbital period known in the solar system, which came closer to our home star than the planet Mercury. The discovery was made using the Victor Blanco telescope in Chile, which shows asteroid 2021 PH27, the fastest rotating asteroid to date. The researchers believe that 2021 PH27 originated in the asteroid belt between Mars and Jupiter but was displaced by the planets’ gravitational perturbations that brought it closer to the Sun. The discovery is significant and is meant to help astronomers figure out which asteroids could one day hit Earth.

planet closest to the sun

In fact, the distance of Mercury from the Sun is average – the planet moves in an elliptical orbit around the star, periodically approaching and moving away from it. At the closest point, called perihelion, the distance between Mercury and the Sun does not exceed 46 million kilometers, and at the most distant point (aphelion) it reaches up to 69.8 million kilometers. 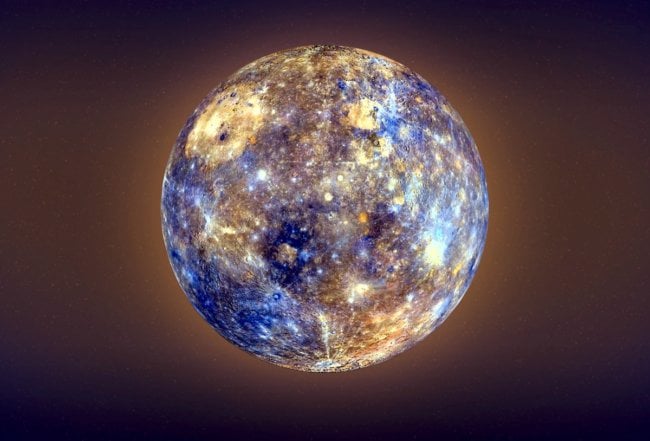 Mercury is the smallest planet in the solar system and the closest to the sun.

The smallest planet in our solar system is actually slightly larger than the Moon and is riddled with craters. Astronomers believe that about 4 billion years ago, an asteroid about 100 km wide crashed into Mercury, creating a huge impact crater about 1550 km wide. In addition, in the past, the surface of Mercury was constantly changing as a result of volcanic activity. However, another 2016 study (opens in a new tab) found that Mercury’s volcanic eruptions likely ended around 3.5 billion years ago.

How and when did the first spacecraft approach the sun?

In August 2018, the Parker Solar Probe lifted off from Earth aboard a heavy Delta IV launch vehicle. A relatively small spacecraft weighing 685 kg needed to develop a high speed in order to enter orbit around the star. At the end of 2021, for the first time in history, the Parker spacecraft approached the Sun as close as possible, and in mid-December last year, it approached the star for the 14th time, approaching it at a distance of only 8.5 million km. 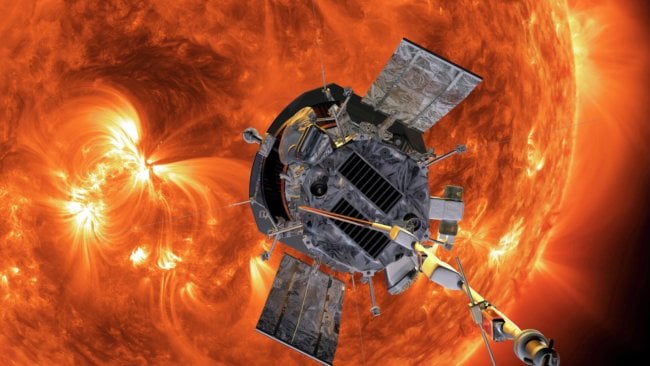 Previously, the Parker probe entered the Sun’s atmosphere for about five hours.

To date, this spacecraft is the first and only artificial object to approach the heart of our star system. One of the objectives of the NASA mission is study of the solar wind – a stream of charged particles emitted by the Sun and responsible for space weather.

As experts recently reported, analysis of data obtained using the Parker probe showed that the solar wind causes many small jets in the upper atmosphere of the star. Read more about why scientists are interested in the origin of the solar wind and spots on the surface of the Sun, we told here, do not miss it.

As NASA’s Parker Solar Probe mission gets closer and closer to the Sun, asteroid 2021 PH27 has come close to the star’s massive gravitational field. Such a close location over time leads to a slight angular deviation of its elliptical orbit – the so-called procession, which is about one arc minute per century. 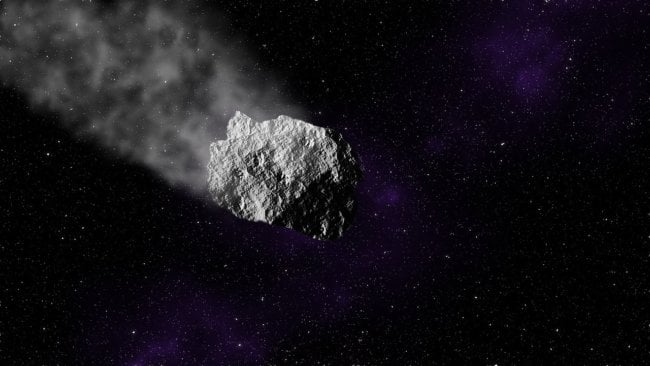 Observations of the asteroid were carried out at twilight – the optimal time for studying Mercury and Venus, as well as the celestial bodies closest to the Sun. Asteroids like 2021 PH27 are called atyrs and only about 20 are known.

Researchers call this phenomenon apsidal line precession rate – that is, a gradual rotation of the orbit of a celestial body (which can be explained within the framework of the General Theory of Relativity (GR)). So, in the case of 2021 PH27, the precession rate of the apsidal line is 53.5 arc seconds per century (for comparison, this figure for Mercury is 43 arc seconds per hundred years).

The diameter of an unusual asteroid is about a kilometer and every 113 days it passes only 20 million kilometers from the Sun. At this point, the temperature reaches almost 500 degrees Celsius, which, by the way, is enough to melt lead. 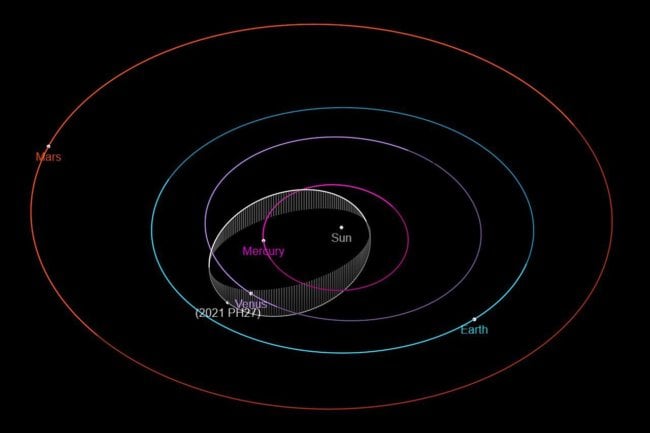 At the moment, astronomers do not know much about the physical characteristics of 2021 PH27.

Astronomers believe that 2021 PH27 hails from the asteroid belt between Mars and Jupiter and is so close to the Sun due to the gravitational disturbance of nearby planets. However, the asteroid’s high orbital inclination of 32 degrees suggests that 2021 PH27 could be a comet that passed near one of the terrestrial planets.

closest asteroid to the sun

Regardless of what scientists’ assumption turns out to be correct, the fate of the fastest asteroid is not to be envied – this celestial wanderer will eventually either collide with Mercury, Venus or the Sun (in a few million years), or be ejected from the solar system (again from due to the gravitational influence of the planets).

The researchers also note that attention is drawn to the record-breaking asteroid by its possible collision with the Earth. Since the asteroid Chicxulub wiped out the dinosaurs 65 million years ago, scientists are paying a lot of attention to bodies like 2021 PH27 to avoid a (though highly unlikely) catastrophe. 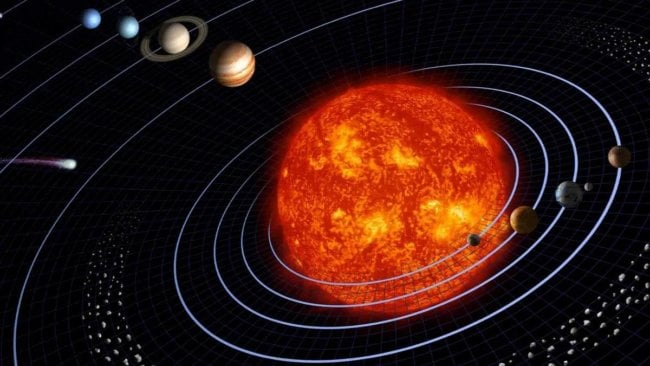 Astronomers believe that in the long term, the asteroid’s orbit will remain unstable

And although at the time of writing it is impossible to predict the future of asteroid 2021 PH27 with high accuracy, its journey is likely to last more than one million (or tens of millions) of years. But something is known for sure – Mercury is no longer the closest object to the Sun, but the status of the first planet to our star is still with him.