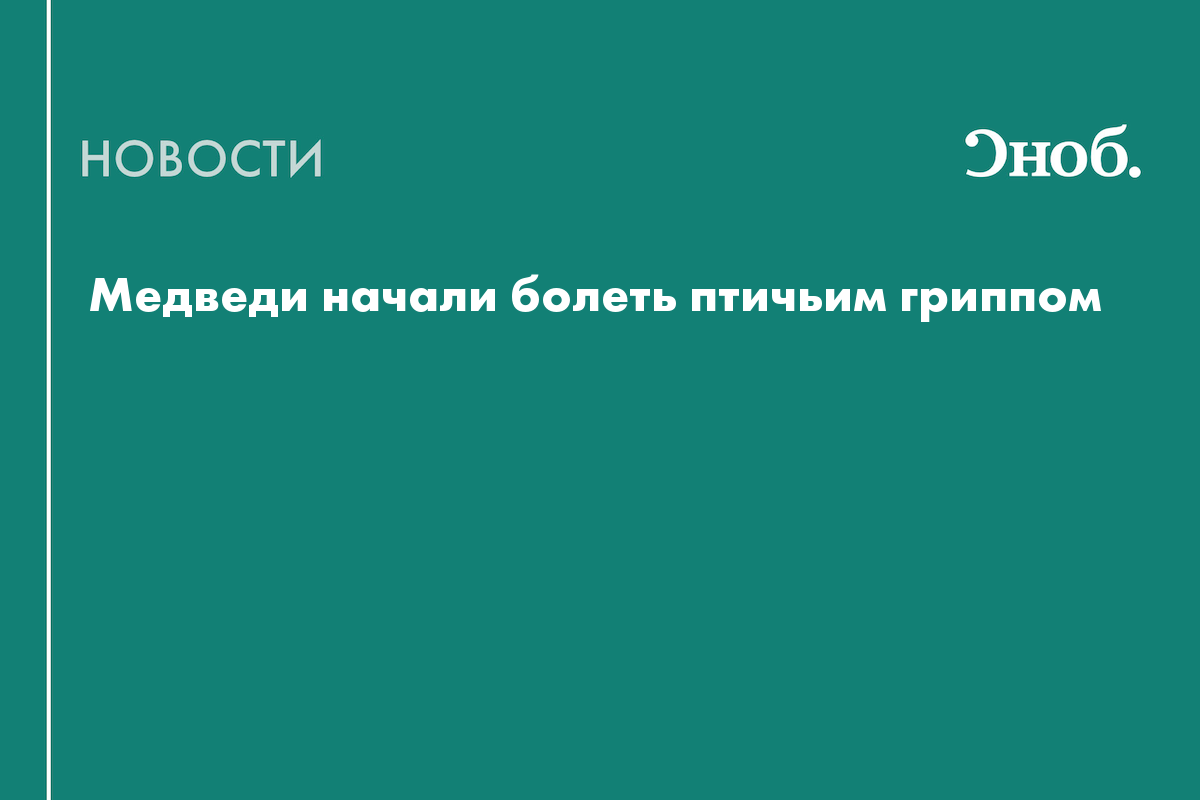 In the US state of Montana, cases of infection with a highly pathogenic avian influenza virus in grizzly bears have been identified, according to the Montana Fish, Wildlife and Parks Center. The disease was discovered in the fall of 2022.

Animals recorded disorientation and partial blindness. Experts suggested that bears could become infected with bird flu by eating infected birds. Due to disease, the mammals had to be euthanized.

According to The Wall Street Journal, the bird flu outbreak has been going on in the US for a year now. In addition to grizzly bears, the disease has been reported in fox, tasty, raccoons, coyote, and black bears. In particular, the rehabilitation coordinator of the Rocky Mountain Raptor program in Colorado, Mike Tincher, found 37 raptors with bird flu, and sent 19 more for testing. According to him, the infected animals ate sick ducks and geese.

The USDA noted that the outbreak has killed about 58 million poultry in 47 states. So, the Colorado authorities announced the death of 90% of laying hens.

Avian influenza in other countries:

Earlier outbreaks of bird flu occurred in the Czech Republic and Japan. On a Czech farm in the Takhovsky district, veterinarians destroyed all laying hens – their number was 742,000. “Originally, we planned to cull 120,000 chickens for destruction in half of one of the three branches on this farm. But then infected birds were found in [всех] departments. So the decision was made to destroy all 742,000 laying hens. This is 15% of the total number of chickens available in the farms of the republic,” explained Petr Mayer, a representative of the Main Veterinary Directorate.

Later, due to an outbreak of bird flu, about 930,000 chickens were destroyed in the Japanese prefecture of Ibaraki.