Bloomberg: the tenth package of EU sanctions may include restrictions on the Russian military-industrial complex 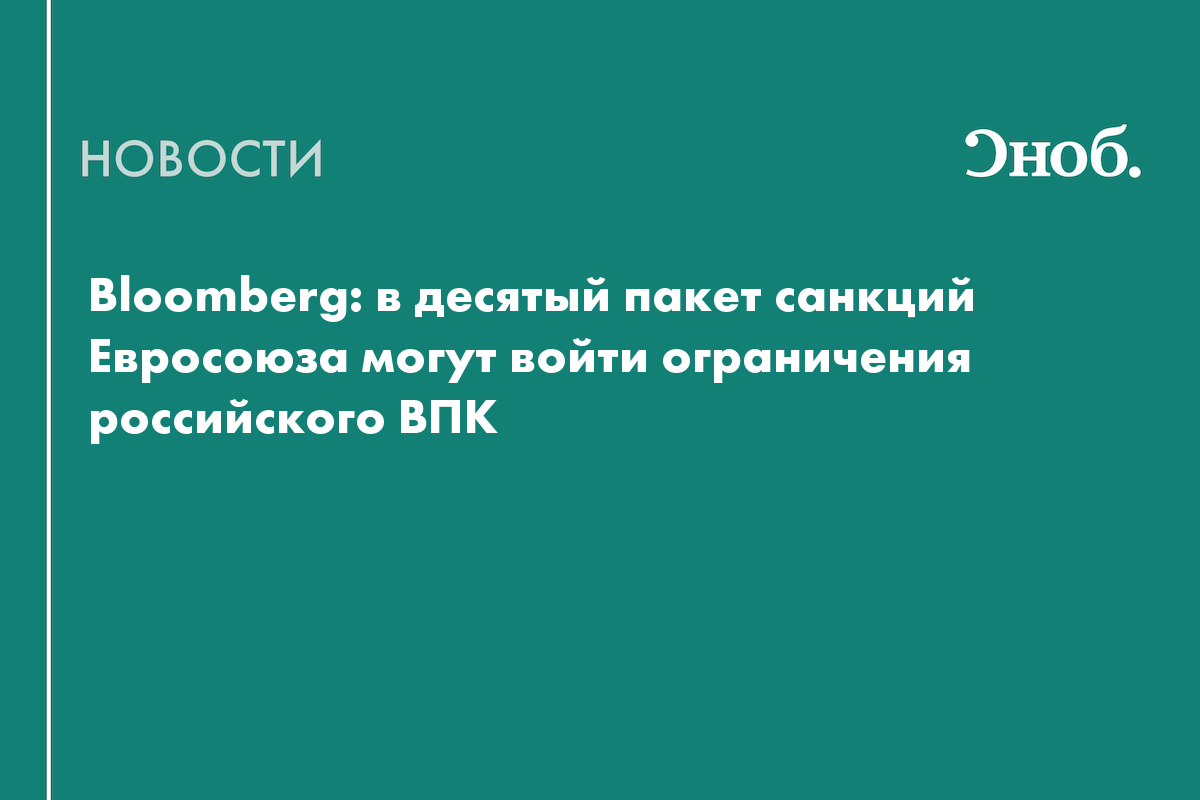 Restrictions may be introduced in February

The European Union will introduce a new package of sanctions against Russia in February, writes Bloomberg, citing sources. According to the agency, it will include restrictions on goods that are used by the military-industrial complex (MIC).

According to the interlocutor of Bloomberg, the sanctions will expand the Russian sector of drones and dual-use goods. Restrictions may also apply to Belarus, the agency writes.

The European Union imposed sanctions against Leps, Mikhalkov and Golikova

The preparation of a new package of sanctions against Russia was previously announced by the head of the European Commission, Ursula von der Leyen. She said that the restrictions will be aimed at closing existing loopholes, eliminating new chances for circumventing sanctions and creating consequences for such actions.

Poland and Lithuania are in favor of including Russia’s nuclear sector in a new package of restrictions, Reuters reported. According to the agency, it may also include new shutdowns of the country’s banks from SWIFT and a ban on more Russian media.