Chaco Chaco is a popular South Korean YouTuber famous for his ability to play popular songs on one or more music calculators. 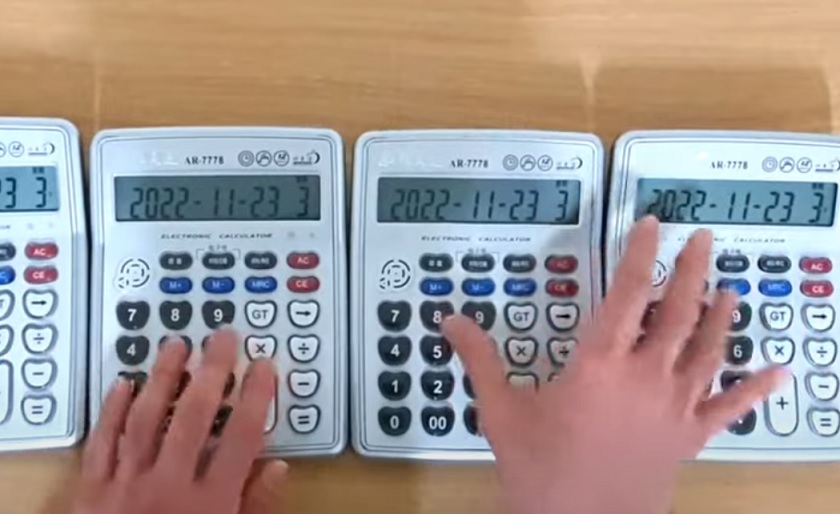 Calculators are handy when doing math, but one particular calculator is actually more popular as a musical instrument. Egoelife AR-7778 and AR-8001 are designed as tools and even come with instructions. However, as with any musical instrument, you need talent and practice to make music. This is what sets Chaco Chaco apart, playing music calculators and having over 800,000 subscribers on YouTube alone.

Chaco Chaco has been producing content on YouTube since 2018, but it wasn’t until mid-2020 that his channel really really took off.

That’s when he first started fiddling with Egoelife’s musical calculators, and people loved it. In just a few months, he has gained tens of thousands of fans and now has over 815,000 subscribers on the popular video-sharing platform.

There are those who consider Chaco Chaco to be the world’s first calculator-playing musician, but the truth is that others have been doing it for much longer than he has, even in his home country of South Korea.

Frankly, the melodies he is able to play on musical calculators are impressive, and the fact that he uses up to five different calculators at the same time to achieve the desired effect only underlines his professionalism.

While South Koreans still make up the bulk of his fanbase, Chaco Chaco has a serious international following, as you can tell from the languages ​​used in the comments on his YouTube channel.

From popular anime soundtracks to pop classics and even movie themes, there’s nothing this talented artist can’t reproduce on his music calculators.