Conversation with a teenager about the nature of the metaverse

Katerina Murashova and her young visitor figure out what the beginning of the metaverse will be like, who to become in it, and why you need to think about it now 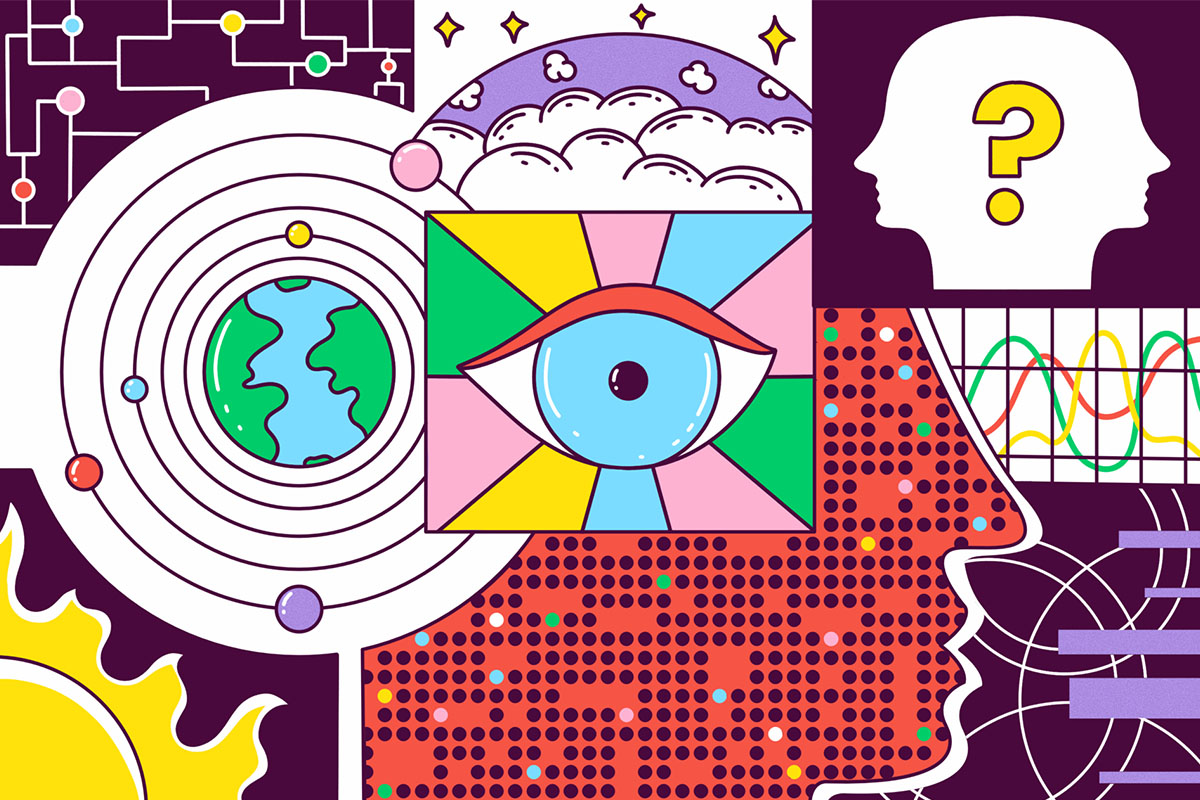 In general, all modern (and not only) teenagers are more or less similar to each other and they talk and tell about the same thing in my office. Their main themes are usually like this.

This is all the usual, repeating from day to day, from month to month, from year to year. But sometimes, occasionally, amazing teenagers come who are not at all about all of the above, and talking to them is strange and interesting.

I am always glad for them, because they are, in fact, guests from the future, because they will live in a world that I will never see, and they will build it sooner or later.

Just recently, one came by the name of Kolya, and we talked about the metauniverse. First, together we stated an important idea: the coming metauniverse is, in fact, the beginning of the settlement of an absolutely new world. It’s as if humanity took a different path of development, engaged in dense and successful, as in the science fiction of the 60s, space expansion, and now we would land on a new uninhabited planet and begin to explore it.

Then I drew Colino’s attention to the fact that once in the history of mankind this had already happened: small groups of Cro-Magnon people mastered and settled in a conditionally empty planet Earth. Immediately, we remembered the Neanderthals, with whom the Cro-Magnons competed in the development of Eurasia, and discussed whether it is possible that when building our metaverse, we will find that someone already lives there. This seemed quite possible to Kolya, because just as the Cro-Magnons began to build their first settlements and states on the basis of an already established biosphere, so we will build our metauniverse not from scratch, but where it has existed and developed for at least thirty years. the Internet. Which of the alien and even hostile life forms could be there? Well, for example, a settled and evolved computer virus or a group of artificial intelligences who consider this space their homeland and are ready to protect it. Having come up with plots for several small series on this segment of the path, Kolya and I moved on.

They argued about what moment should be considered the beginning of the actual history of human civilization. I suggested taking as a starting point the beginning of writing of any kind – as a method of preserving and transmitting historical knowledge, and therefore, people’s awareness of the civilizational process itself. Kolya insisted that we should take it deeper, since historical knowledge had been transmitted before, in the form of legends and epics. Then I remembered that the great civilizations of Mesoamerica, in fact, did not have a written language in our understanding, and I agreed with Kolya. We decided to regard the last 10,000 years as history itself and build our analogies from this.

This means that once we had the first settlements of farmers and pastoralists and their simple economy. There are few people. Land, water, forests and other resources are unlimited. Take it and learn as much as you can. Almost no competition. The dangers are huge. The main ones are diseases, crop failure and natural elements.

And it is at this level that Kolya and I find our emerging metauniverse. Start. What will it be like? Few population and many resources. Take what you can and build what you want. Kolya believes that in the metauniverse immediately, from the very beginning, there will be cities, because modern people are so used to it. And most of our avatars will live in megacities with huge, fantastic, multi-level buildings, between which trees will grow and flying cars scurry about. I did not agree with Kolya and, in my opinion, argued quite reasonably that a significant part of people would first of all build a spacious villa with a park on the coast of the sea, river or large lake for their avatar in the metauniverse. In this villa, the avatar will live either alone, or with his family, or, which seems quite likely to me, with pets (real – cats, dogs, cheetahs, etc., or fantastic, for example, with a dragon, which will be in a thunderstorm fly over the ocean). And if there are megacities, then only for business and economic activity or for entertainment. Kolya thought for a while and admitted that his own parents, and especially his grandmother, would undoubtedly follow the path I suggested, moreover, dad and mom would build separate villas for themselves at a great distance from each other, and dad would have big dogs living there, and mom – cleaning robots. But he himself, like many of his friends, would still prefer a metropolis with its constant drive. Here we agreed that the metaverse is likely to have both at the same time.

Next, Kolya and I thought about the appearance of the inhabitants of the metauniverse in case it was inhabited right now, and giggled for a long time – both together and each over his own.

We both decided that, firstly, a huge number of equally big-eyed and touchingly similar anime characters would walk along the virtual streets, and secondly, completely indistinguishable beauties of 25 years old from each other, like from the finals of world competitions beauty.

What about boys, youths, men? I asked Kolya. What will their avatars look like?

After a little thought, Kolya, to my surprise, said that there would be very few “real men” in the form of Conan the Barbarian, because it was already somehow awkward and out of date. But there will be a lot of monsters – with teeth, fangs and other things like that, as well as vampires (girls like them), well, and sexless anime girls, of course, too, where would we be without them. I assumed that there would still be beautiful and majestic avatars-old people (I somehow didn’t see old women in the current metaverse at all) with the message “leave me alone – I’m tired of you.”

“Exactly,” Kolya exclaimed. “Whoever doesn’t want to be a suffering anime girl can become such an old man.”

– What will happen to you? I couldn’t resist.

– Animation, of course! That’s about it! Kolya laughed and immediately showed me something tragically big-eyed in the design a la Takayo Nishimura on the phone. – And you?

– Oh, you’ll do! Kolya was delighted.

— How is that? the young man was surprised. – You mean astronaut? A pilot?

— No, directly by the spaceship. You see, I am from that time when everyone dreamed of the cosmic expansion of mankind. It has not yet developed, everything went a different way. But there will be simulations of space flights to other planets, stars, galaxies, nebulae, black holes in this metaverse, right? So, I would like to be not an astronaut in a tin can, but the spaceship itself, which plots a course, flies to distant planets and meets all of them directly. Understand?

“I think I understand…” Kolya said, and his eyes shone dreamily.

Not such an empty fantasy, if you think about it: it is quite possible that soon enough most people today will have to think about all this quite objectively.

What do you think about the metaverse and your place in it, dear readers? Let’s dream up a little, because it was fantasy, along with real trials, that moved the history of mankind forward for centuries.

Send your opinions to katgift12@gmail.com.