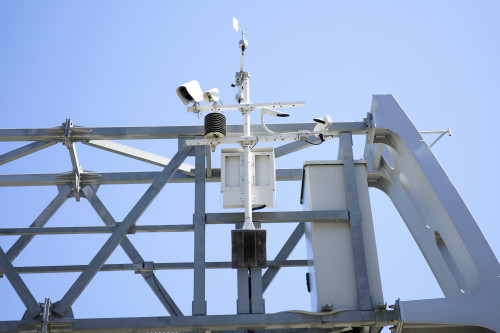 In 2022, measures to introduce intelligent transport systems within the framework of the federal project “System-wide measures for the development of the road sector” of the national project “Safe High-Quality Roads” were held in 49 urban agglomerations of 42 subjects of the country. For these purposes, funds in the amount of 7.35 billion rubles were allocated from the federal budget.

“The program is a logical addition to the comprehensive development of road transport infrastructure. Due to the increasing traffic and the increase in traffic flows, ITS is an effective solution to ensure the safety and comfort of all road users in an urban environment. In 2022, ITS implementation activities were carried out in 42 regions,” said Marat Khusnullin, Deputy Prime Minister of the Russian Federation.

Intelligent transport systems are being implemented in urban agglomerations with a population of over 300,000 people starting from 2020. And every year the number of subjects participating in the program is growing.

“If in 2020, when the program was just starting, 22 regions participated in it, then in 2022 their number increased to 42. Last year, 18 subjects of the country began to implement ITS implementation activities for the first time,” said Roman Novikov, head of the Federal Road Agency.

In Ulan-Ude (Republic of Buryatia) in 2021, the ITS Control Center was created, which was equipped with a software and hardware system for traffic light control. The first 14 light controllers were modernized and connected, and five information boards were installed at public transport stops.

“To date, 54 traffic lights have already been modernized on the streets of the city. Now they conduct full-fledged monitoring of the road situation and coordinate traffic at several transport hubs. Also at 18 stops there are information boards that predict the arrival time of buses and trams. Now passengers can navigate the waiting time for the route they need. A total of 40 controllers, 72 surveillance cameras, 103 transport detectors have been installed,” said Evgeny Lukovnikov, Deputy Chairman of the Government of the Republic of Buryatia.

Within the framework of the national project, a subsystem for monitoring the parameters of traffic flows has been introduced. It collects real-time data on the average speed of cars, traffic, fixes the distance between cars and much more. It is planned that in 2023 another 24 traffic light objects will be modernized, 37 surveillance cameras, 55 detectors will be installed, and the software will also be improved.

In the Yekaterinburg urban agglomeration (Sverdlovsk region), in 2022, under the national project, over 380 stationary and surveillance cameras with licenses were installed, 15 traffic lights and software for managing them were upgraded.

At gymnasium No. 120 on Stepan Razin Street, the first projection “zebra” was equipped. It does not replace the usual markings on the road, but duplicates it at night and in bad weather. In addition, there is a sensor that allows you to count the number of people crossing the road. The information obtained will help to analyze whether a traffic light is needed here.

Also, at the intersection of Kirov and Tokarey streets, the first meteorological post was installed. It is equipped with sensors for air temperature and humidity, wind direction and speed, precipitation and visibility. Thanks to the collected information, specialists will be able to take timely measures to clear the roadway from snow and ice, as well as limit the permitted speed.

In the Volgograd Region in 2022, the main focus was on improving the traffic light network and creating a single platform for managing the transport complex for Volgograd and Volzhsky. During the implementation of the project, modern artificial intelligence technologies were used – electronic vision and machine learning. This allows you to adaptively manage traffic flows depending on the congestion of directions.

So, in 2022, the number of “smart” traffic lights increased to 270: 53 new devices were installed in Volgograd, and 31 more in Volzhsky. The complexes work in conjunction with traffic detectors or video cameras, which evaluate the workload of intersections in real time and transmit this information to the central control server. All this allows you to predict the traffic situation for 15-30 minutes in advance and develop an effective traffic management plan in advance.

A special mobile application is available to road users and passengers of public transport in Volgograd. With it, you can find out information about the movement of public transport, build routes and see traffic events on the map.

In addition, more than 1.3 thousand km of roads in Volgograd and Volzhsky were digitized as part of the Digital Twin module.

And already in 2022, the Tyumen, Kazan, Vologda, Tula and Krasnoyarsk urban agglomerations reached ITS maturity level 1 in accordance with the specified Rules and Methodological Recommendations. At the same time, the achievement of the specified level can be confirmed only after an analysis of the compliance of the works completed by them in 2022 with the Rules and Methodological Recommendations.

Also, based on the results of work to assess the effectiveness of providing IMBT in 2022, it is planned to increase the number of subjects who have reached level 1 of maturity.