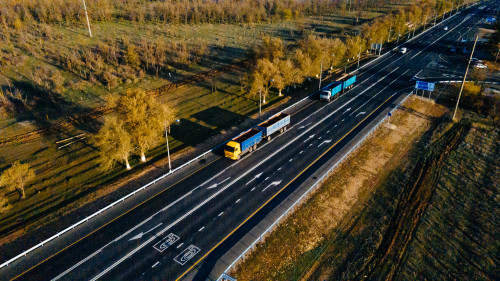 In 2022, FKU Uprdor Kavkaz overhauled 12 km on the route segment Ipatovo – Svetlograd of the R-216 highway and the section from the exit to Novoblagodarnoye to Suvorovskaya on A-165, as well as 5 km of Kavkaz on the border with Kabardino-Balkaria.

A 5-kilometer section of the R-217 “Kavkaz” highway from Pyatigorsk Bypass to Malka was transferred to four lanes (from 400 to 405 km). Work on the two-lane section, the capacity of which has decreased due to high traffic (about 30,000 vehicles per day), started in February 2022. The width of the carriageway was 14 m, and each lane was 3.5 m. The oncoming flows were separated by an axial fence and pedestrian zones were equipped for Progress residents.

The first stage of the overhaul of the Astrakhan – Elista – Stavropol highway was completed on its two sections with a total length of 10 km, from Ipatovo to Svetlograd (from 455 to 468 km and from 468 to 481 km). Now work continues within the framework of the II stage on sections 16 km long. On the way from Pyatigorsk to Karachay-Cherkessia, during the overhaul of the A-165 highway from the exit to Novoblagodarnoye to the village of Suvorovskaya (from the 13th to the 27th km), the first 2 km were put into operation. Currently, from two to four lanes continue to expand the remaining 12 km.

In addition, on the border with Kalmykia, a two-lane section 20 km long on the R-216 highway was overhauled. This is the route segment Divnoye – Derbetovka of the federal road Astrakhan – Elista – Stavropol (from 410 to 430 km). The result was a complete restoration of the transport and operational characteristics of the road section and an increase in the level of safety for road users. The roadway was widened by 6.5 m (from 7 to 13.5 m), the width of each lane was 3.75 m, and the stop lanes were 2 m wide.

In September 2022, a major overhaul began, involving the expansion of the 12-kilometer section of the entrance to Stavropol from the R-217 Kavkaz highway from two to four lanes. After the facility is put into operation, the level of safety and throughput of the busy section of the federal highway will increase – from the transport interchange near Tatarka to the interchange near Nadezhda (from km 43 to 55).

In 2022, three artificial structures were overhauled: the left overpass across the railway at km 344 and the bridge across the Podkumok River at 371 of the Kavkaz highway, as well as the bridge over the canal at km 217 of the A-167 highway. At the latter, in 2023, the bridge over the stream in Praskoveya, located on the 220th km, will be updated.

As part of the arrangement of the federal roads of the Stavropol Territory, last year the road builders installed two elevated pedestrian crossings on the R-217 Kavkaz highway: in Mineralnye Vody and Zmeyka. In addition, four pedestrian traffic lights with a call button were installed: two in Neftekumsk, one in Zaterechny on sections of the A-167 highway. Another one is in the village of Suvorovskaya on the Lermontov-Cherkessk highway.

*** In the operational management of FKU Uprdor “Caucasus” is more than 827 km of federal roads passing through the territory of the Stavropol Territory. These are the routes R-217 “Kavkaz”, Bypasses of the village of Inozemtsevo, Pyatigorsk, Budennovsk and Tatarka, entrances to the cities of Stavropol, Zheleznovodsk and Cherkessk, R-216 Astrakhan – Elista – Stavropol, A-157 Minvody – Kislovodsk, A-165 Lermontov – Cherkessk and A-167 Kochubey – Neftekumsk – Zelenokumsk – Mineralnye Vody.