For generations, historians and archaeologists around the world have baffled the question: how did the ancient Romans build cement structures so strong that they still stand today? 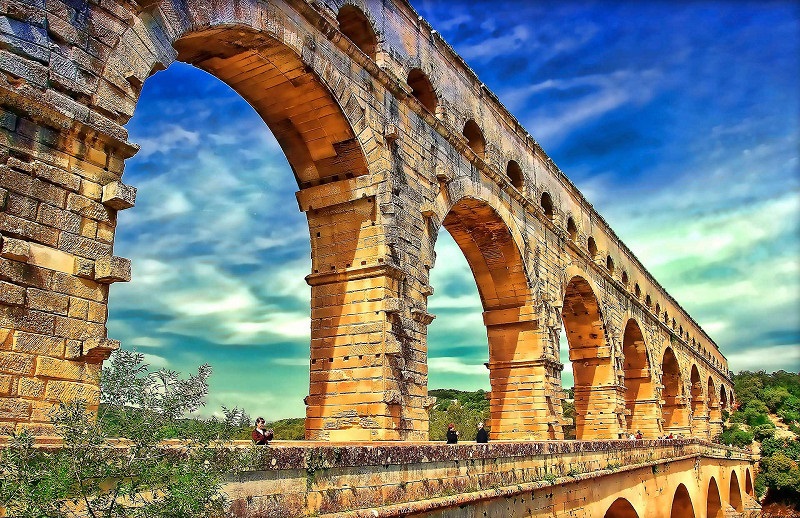 A study published this week by the Massachusetts Institute of Technology (MIT) finally provides an answer to the above question.

The study involved scientists from Harvard University, DMAT in Italy and the Institute of Mechanics and Materials in Switzerland.

Lime chips, which are pieces of limestone, were previously thought to be a by-product of improper cement mixing technology, when they actually help hold the cement together in an interesting way.

“Ever since I first started working with ancient Roman concrete, I have always been fascinated by these features,” Masik said. “They are not present in modern concrete formulations, so why are they present in these ancient materials?”

The researchers concluded that the ancient Romans used lime (quicklime) and mixed it with limestone to create a chemical reaction that allowed the cement to self-heal. This process is called “hot mixing”.

In this way, the researchers figured out how the ancient cement could remain strong over time.
Ancient Roman structures, such as the Roman Parthenon and aqueducts, had vast amounts of unreinforced cement.

Structures built as early as 128 AD are still standing and even functioning in their original forms.

It is still unknown if the ancient Roman builders knew they were making this connection, or if it was just luck. However, scientists say that most of the ancient cement structures standing today would have had the same chemical composition, obtained from a hot mixing process.

As the new bonded material forms, tiny brittle calcium nanoparticles form on the surface of the calcareous debris.

Calcium nanoparticles are highly reactive, so when tiny cracks form in the cement and water begins to seep in, the calcium and water cause a chemical reaction that causes the cement to recrystallize into calcium carbonate, filling the cracks as they form.

This chemical reaction occurs instantly and simultaneously, which means that cracks in the cement can “heal” on their own.

The research team proved that this is how the Romans built durable cement structures, mimicking the ancient technique of kneading cement.