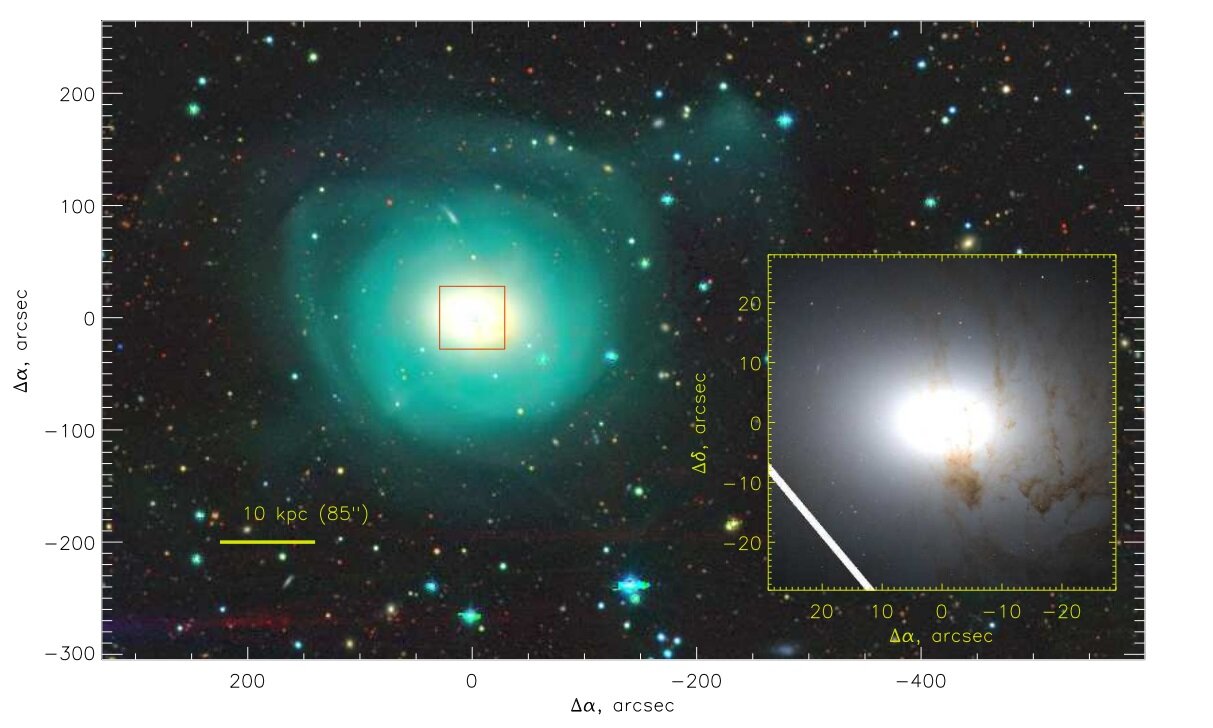 Using the 6-meter telescope of the Special Astrophysical Observatory of the Russian Academy of Sciences and the 2.5-meter telescope of the Caucasus Mountain Observatory, Russian astronomers observed the giant galaxy NGC 2655. The results of the observations, presented on January 12 on the arXiv preprint server, should shed more light on the kinematics and origin of ionized gas in this galaxy.

About 79.5 million light-years away, NGC 2655 is a giant disk galaxy in the constellation Giraffe. The disk diameter of NGC 2655 is approximately 195,000 light years, and the mass of the stellar population of the galaxy is estimated at 200 billion solar masses.

Observations have shown that NGC 2655 has two exponential disks. In general, the results suggest that the inner and outer axes of rotation of the stellar disk of NGC 2655 are tilted towards each other. Therefore, astronomers have concluded that NGC 2655 is a multi-spin galaxy.

According to the paper, the findings confirm that there was a minor merger in NGC 2655, as previous research had suggested. The researchers suggest that a small satellite galaxy hit the central part of NGC 2655 almost vertically about 10 million years ago.

There was much more gas in the merged companion. Trying to explain the origin of the ionized gas in NGC 2655, scientists came to the conclusion that the gas of a vertically falling companion got into the gaseous disk of the galaxy. This collision created a shock wave that excited the gas in the polar loop and moved outward along the large galactic gas disk.