The Netherlands will stop gas production at the largest European field 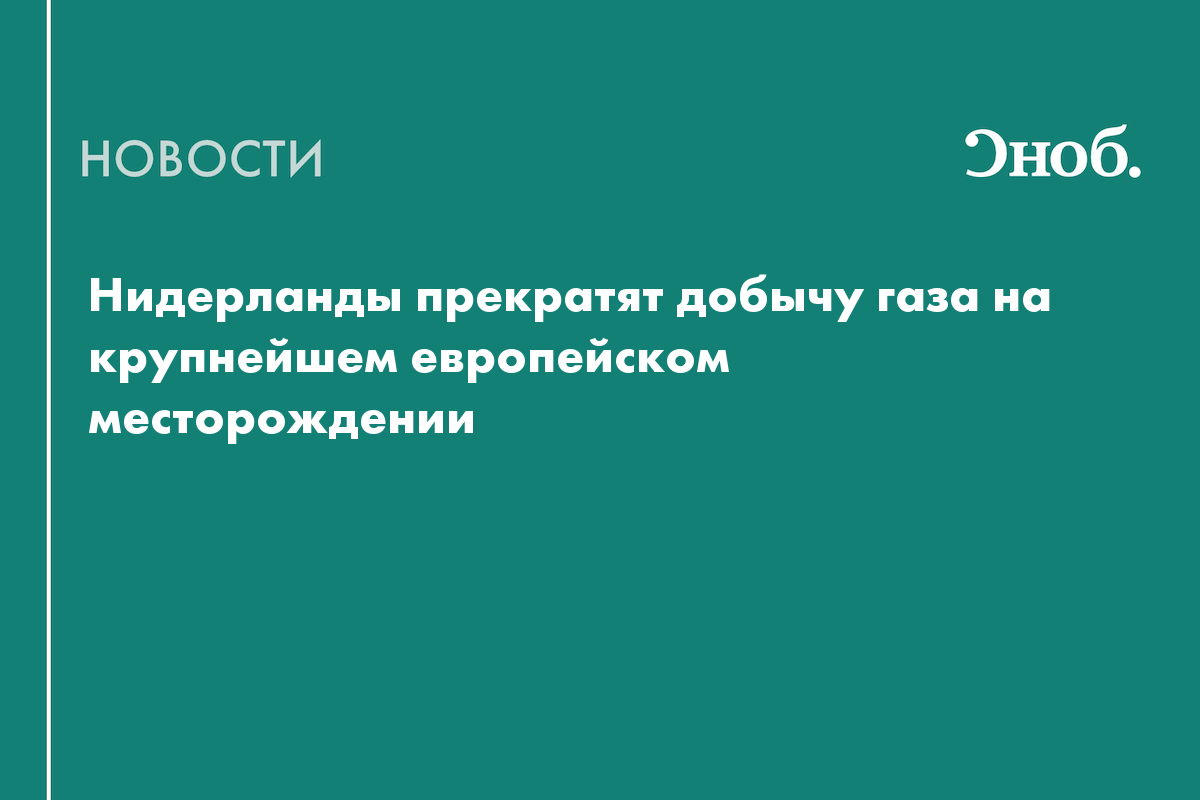 This is due to the threat of earthquakes.

The Dutch authorities plan to stop gas production at the Groningen field next year. This was stated by the representative of the Ministry of Economy and Climate Policy of the country, Hans Weilbrief, in an interview with the Financial Times.

Amsterdam, according to Weilbrief, would like to close the Groningen gas field due to earthquake threats in 2023. However, due to the energy crisis in Europe, the authorities decided to extend its operation until October 2024.

The representative of the department added that after the closure of the Groningen field in the Netherlands there will be no shortage of gas, as they recently concluded a deal to import it from the United States, Norway and Qatar. Weilbrief noted that in 2022, the consumption of this type of fuel in the country decreased by 22% compared to 2021.

Since 1994, more than 900 earthquakes of magnitude up to 3.6 have been recorded in the region of Europe’s largest gas field in Groningen. It has been established that tremors are associated with gas production. Because of this, the Dutch government has limited fuel production at it from 50 to 2.8 billion cubic meters per year.