The area of ​​the largest of them reached 250 square meters. meters. 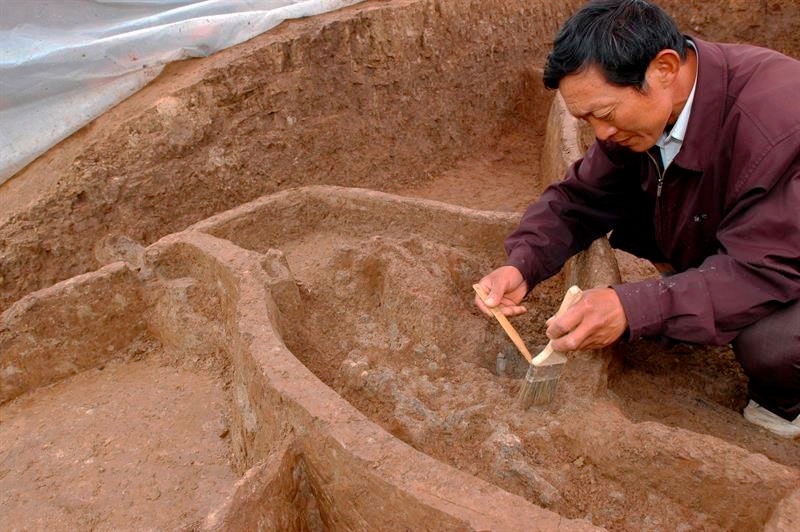 Employees of the Institute of Cultural Heritage and Archeology of Henan Province in central China discovered the foundations of seven buildings built about 6,000 years ago. This was reported on Monday by the Xinhua news agency.

The find, as noted, belongs to the era of the East Asian Neolithic Yangshao culture, which existed in the middle reaches of the Yellow River 5-7 thousand years ago. The excavations were carried out in the city of Lingbao, about 800 km southwest of Beijing.

According to archaeologists, the rounded corner foundations were designed for houses, some of which were structures halfway under the earth’s surface. The area of ​​the largest of them reached 250 square meters. meters.

Wei Xingtao, deputy director of the Henan Provincial Institute of Archaeology, said the architecture of these large buildings was carefully thought out. According to him, they were erected after pre-verified calculations, in accordance with strict rules.

“Already then there was a developed level of architectural technology,” the scientist emphasized.

In addition, during the archaeological work, numerous charred fragments of wooden parts of buildings were found. They are well preserved, which, as Wei Xingtao noted, can be considered a rather rare find.

In his opinion, this time Chinese scientists have extracted valuable materials from underground to study technologies that were used in ancient times in construction. As the deputy head of the institute clarified, studying the architecture of that era will make it possible to better understand the specifics of the structure of society that existed during the Yangshao culture.